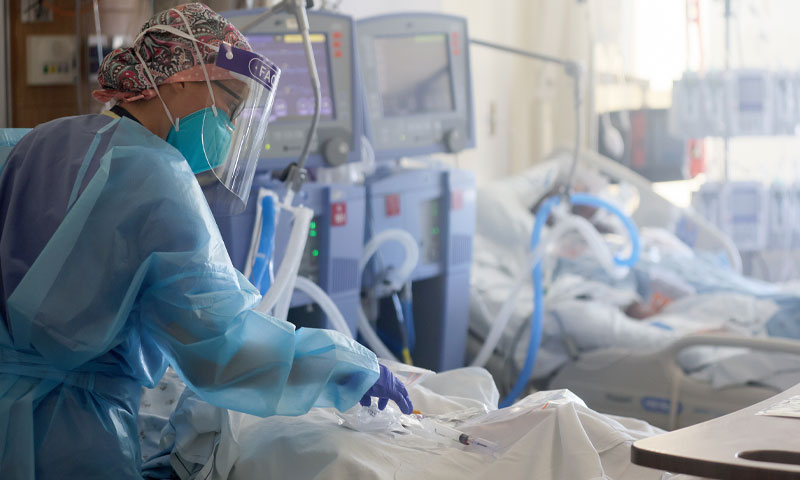 Supreme Court has on Monday refused to entertain a plea filed seeking directions to Centre to remove subject of Health from State list and include it exclusively in the Central list.A Division Bench of Justice Nageswara Rao and Justice Hemant Gupta dismissed the plea that also sought directions to Centre to constitute a National Health Commission for the entire country."Law is in abundance....

Supreme Court has on Monday refused to entertain a plea filed seeking directions to Centre to remove subject of Health from State list and include it exclusively in the Central list.

A Division Bench of Justice Nageswara Rao and Justice Hemant Gupta dismissed the plea that also sought directions to Centre to constitute a National Health Commission for the entire country.

"Law is in abundance. We have hundreds of judgements from this Court saying we can't direct Legislature to make law. Dismissed. "the Bench said.

The Bench also orally observed that the petitioner may approach the Government and make a request regarding the same.

"Please approach the Government, you make a request about whatever you want, and if any Order is passed then you approach the Court" the Bench said during the hearing.

During the hearing, petitioner in person Sujata Kohli sought permission to argue and make submissions. In response to the Court's query as to why she is arguing when her lawyer is present, Ms Kohli informed the Court that she has demitted her office as District Judge recently and is practising as an Advocate herself.

"Yes you can address, we have no problem. But otherwise, you file this to through a lawyer" the Bench said.

Petitioner in person Sujata Kohli began her submissions saying "I will not refer to any statistics which have time and again been repeated in recent past and may get very monotonous. I've felt very strongly as many citizens would have about traumatic conditions in the Covid era."

She added that " the aim of the petition is, we in present scenario, what we have witnessed is, there was a wildfire spread over the entire country, and our National Leaders or State leaders went out, as if to search for extinguisher, at the 11th hour. It was the most precarious situation our Country has went through, which I as a citizen feel strongly, should not be repeated in the long run."

Kohli then stated that owing to the way the States have mishandled the subject of Health, it should be excluded from State list and be exclusively handed over to the Central List.

"Can this Court pass such orders? Can we give directions like that, to remove subjects from State list?" the Bench asked

"Not directions, but the court is very much empowered to give recommendations if they find substance in the petition" the petitioner said.

Kohli then sought to rely upon judgements where directions were passed by Supreme Court to Government to frame laws, including the Sabrimala case and MC Mehta vs Union of India.

The Bench however decided to dismiss the plea, while stating that there are hundreds of judgements from the Top Court saying it cannot direct Legislature to make law.

According to the petitioner, State and Centre have been playing blame game with none to shoulder responsibility of the 'mess which India finds itself in'. Therefore, to fix responsibility and avoid blame games in future, matter of Health, just like Defence, should be squarely and exclusively with the Centre.

The present plea filed through Advocate Amrendra Kumar Mehta also sought to make it mandatory for all hospitals to have an oxygen generating plant attached with them and for smaller and private nursing homes to get themselves affiliated to major hospitals for emergency situations.

According to the petitioner, constitution of a National Health Commission is necessitated prevent situation of running from pillar to post, and indignity which citizens faced for their deceased near and dear ones, whose bodies were being treated like vegetables and dumped together for cremation.

According the petitioner, the NHC should be headed by a retired Supreme Court Judge and consist of renowned doctors, medical scientists, eminent citizens nominated by President, and a senior officer from WHO.