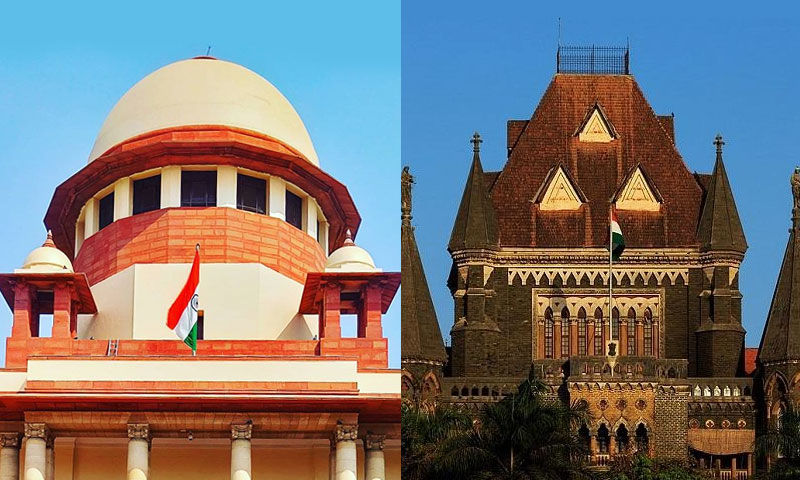 A Telugu travel agent accused in drug trafficking case has approached the Apex Court after the Bombay High Court called Hindi the 'National language' while refusing bail. He contended that the HC failed to appreciate that Hindi is not the National language as per Article 345 of the Constitution of India. In November 2021, Justice Nitin Sambre rejected appellant Gangam Sudhir Kumar...

A Telugu travel agent accused in drug trafficking case has approached the Apex Court after the Bombay High Court called Hindi the 'National language' while refusing bail. He contended that the HC failed to appreciate that Hindi is not the National language as per Article 345 of the Constitution of India.

In November 2021, Justice Nitin Sambre rejected appellant Gangam Sudhir Kumar Reddy's bail application despite the police's alleged failure to explain him the reasons for his arrest in a language he understands. Reddy claimed non-compliance of section 50 of the Narcotic Drug and Psychotropic Substances Act (NDPS).

While rejecting the bail, the HC observed, "The contention depicts that the applicant was communicated about his statutory rights under Section 50, in Hindi. However at this stage, he has come out with a case that he does not understand Hindi. Once the applicant has claimed that he is conducting tours and travels business, basic requirement of a person carrying out such business is acquaintance of the language and communication skills. The applicant was communicated about his right in Hindi which is National Language".

The HC had added that Reddy's limited knowledge about Telugu language could not be appreciated at this stage, as the said defence can be looked into at the stage of trial.

The accused was arrested by the Anti-Narcotics Cell of the Mumbai Police in July 2019 under sections 8(c) r/w section 20(c) and 29 of the NDPS Act. Commercial quantity of ganja was found from the vehicle which was owned by the wife of the applicant, and the applicant along with a co-accused was travelling in the said vehicle when the contraband was seized. While he is a resident of Telangana, the contraband was seized in Mumbai.

In a Special Leave Petition before the Supreme Court the accused claimed that as per Article 22 of the Constitution the accused has to be explained and communicated the grounds of arrest which had not happened in the present case as he was appraised about his rights not in Telugu but Hindi, a language alien to him.

"That it is to be noted that the petitioner is resident of state of Telangana and well versed to the Telugu language. That non-communication of rights to the accused is serious gross violation of his rights as per Indian Constitution," the petition argues.

Regarding the High Court calling Hindi the National Language, the SLP states, "This notion again is wrong as per the Indian Constitution, India does not have a National Language and only official languages are there."

"The keenest controversy in the constituent assembly was in regard to the official language. Neither the draft constitution prepared by the constitutional adviser nor the version as settled by the drafting committee contained any provisions relating to official language, but they contained provisions as to the language or languages to be used in the Union Parliament and the State legislature and the languages to be used by the Supreme Court and the High Courts. The Constitution-makers did not accept Hindi as the National Language by the Constitution; the constitution has not laid down any language as the national Language," the SLP adds.

Regarding the HC's observation that the accused was in the travel business and hence must be aware of other languages, he claimed that due to technological advancements like google maps, he did not have to rely on signboards in the local language for directions.

The SLP seeking release on bail for non-compliance of section 50 of the NDPS Act among other grounds is filed by advocate Lewish Edward.