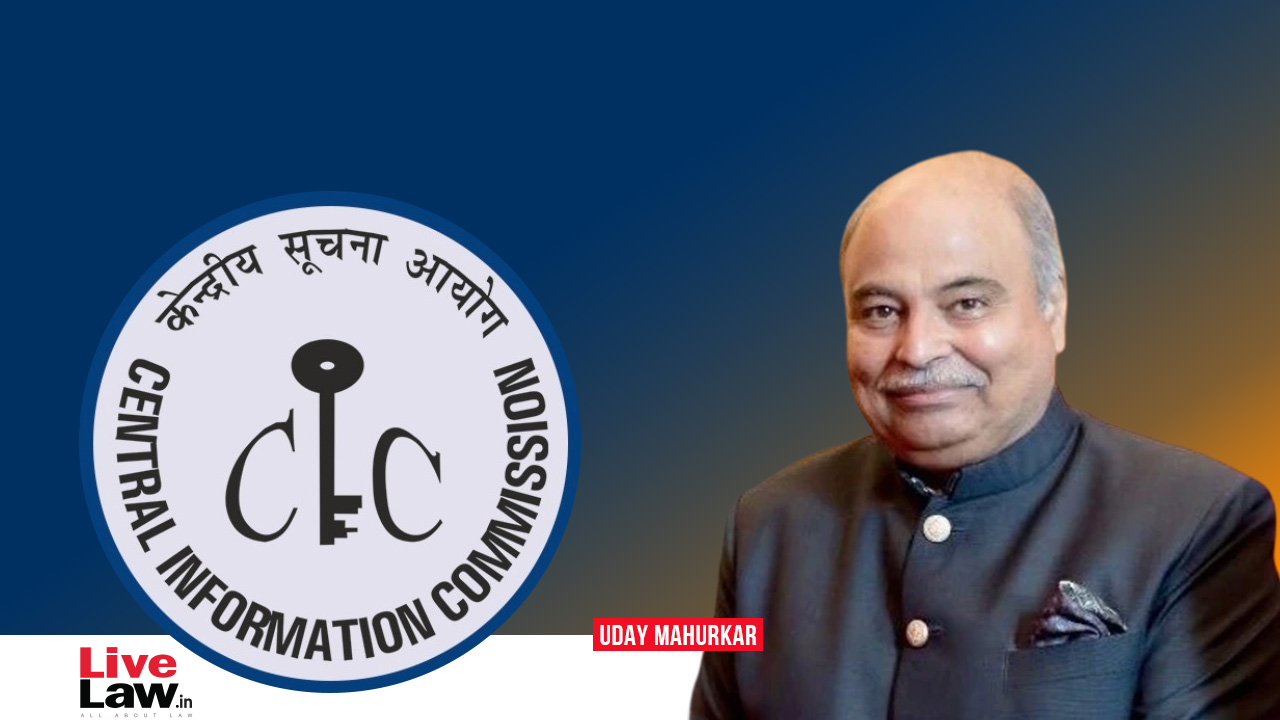 The Central Information Commission has observed that the Supreme Court's Judgment in All India Imam Organisation and v.Union of India and ors. [May 1993] was passed in violation of the constitution and had set a wrong precedent.

It may be noted that in the All India Imam Organisation case (supra), the Supreme Court had directed the State Waqf Boards to give remuneration to Imams in mosques managed by them.

In its order, the commission also observed that the SC's order had violated constitutional provisions that say the taxpayers' money will not be used to favor any particular religion.

"Further with regard to the judgment by the Supreme Court in the case between "All India Imam Organisation And ... vs Union Of India And Ors" on 13 May, 1993, that opened the doors to special financial benefits from public treasury to only Imams and muezzins in the mosques, the Commission observes that the highest Court of the country in passing this order acted in violation of the provisions of the Constitution, particularly Article 27, which says that the tax payers money will not be used to favour any particular religion. The Commission notes that the said judgment set a wrong precedent in the country and has become a point of unnecessary political slugfest and also social disharmony in the society," the relevant part of the order of Information Commissioner Uday Mahurkar reads thus.

In its order, the commission went ahead to also observe that the policy of giving special benefits to the Muslim community before 1947 played a key role in encouraging pan-Islamic and fissiparous tendencies in a section of Muslims ultimately leading to the nation's partition.

The order further states that giving salaries to Imams and others only in mosques, amounts to not just betraying the Hindu community and members of other non-Muslim Minority religions but also encouraging pan-Islamist tendencies amongst a section of Indian Muslims that are already visible.

"Steps like giving special religious benefits to Muslim community only like the one taken up in the present matter, in fact severely affects interfaith harmony as they invite contempt for the Muslims as a whole from a section of ultra-nationalist population," the order of the Information Commissioner Uday Mahurkar further adds.

Dealing with the case of the Delhi Waqf Board, the commission, in its order noted that Delhi Government gives Rs. 62 Crores annually to the Board, while its own monthly income from its own independent sources is just around Rs 30 lakhs a month.

"So the monthly honorarium of Rs 18,000 and Rs 16,000 being given to the Imams and Muezzins of DWB mosques in Delhi is being paid by the Delhi Government virtually from the tax payers money which in turn is in sharp contrast with the example quoted by the appellant in which the priest of a Hindu temple is getting a paltry Rs 2,000 per month from the trust controlling the said temple," the commission observed.

"Those who justify such steps in the name of protection to religious minorities raise a question that if a particular religious Minority has a right to protection, the Majority community too has a right to protection in a multi-religious country where it is incumbent that the rights of the members of all religions are protected equally in the interest of inter-faith harmony and unity of the nation," the commission opined.

Lastly, finding this matter to be of extreme importance for the unity and integrity of the nation and interfaith harmony, the Commission directed its registry to forward a copy of the order to Union Law Minister with the Commission's recommendation for suitable action to ensure enforcement of provisions of Articles 25 to 28 of the Constitution of India in letter and spirit, to keep all religions of India at par in terms of payment of monthly remuneration of priests of different religions at the cost of the public exchequers (both Central and State) and also other matters.

In its order, the Commission has also ordered the Delhi Waqf Board to compensate RTI activist Subhash Agrawal as he spent time and resources in seeking a response to his plea.