Suspension Of 5970 Advocates: Bar Council Agrees To Keep The Decision In Abeyance 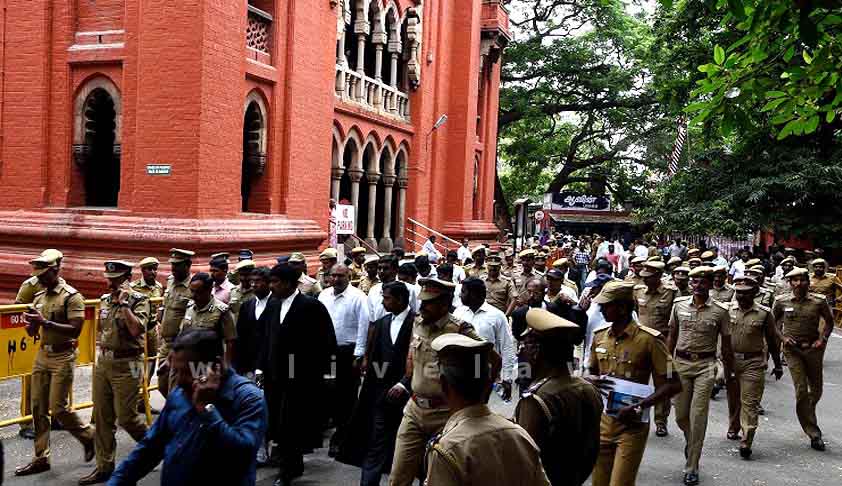 In a reprieve to 5,970 advocates suspended from practice due to non-payment of subscription fees to the Advocates Welfare Fund, the Bar Council of Tamil Nadu and Puducherry has agreed to keep the suspension order in abeyance for two weeks.

However, coming down heavily on the defaulting advocates and the Madras High Court Advocates Association for challenging the suspension order instead of clearing the pending fees, a division bench of Justices N Kirubakaran and R Pongiappan said Tuesday, "If you cannot even pay the fee which comes around Rs 3,000, what is the point in practising?"

"Understand the purpose for which such funds are created. If you do not want such benefit, just file an affidavit to that effect," the bench said.

To this, the counsel for the association contended that they were not opposing the fund or payment of the subscription, but the suspension order issued to the advocates without any notice.

"The advocates have not committed any professional misconduct or criminal offence to face such action. Moreover, the Bar Council of India (BCI) can suspend a lawyer only on disciplinary grounds and not for failure to pay subscription," the counsel said.

Senior counsel R Singaravelan, representing the bar council, submitted that each defaulting advocate has been put on notice eight times through various means.

About 4,021 such notices had been returned since the addresses provided by them were not clear, he said.

Hinting that a considerable chunk of advocates facing the suspension may be fake or non-practising advocates, he said the council expected that hundreds of lawyers would approach it for payment after the suspension order was issued.

"But so far only 12 have cleared the dues. Moreover, the suspension order itself is very clear that the suspension is only till payment of the pending fees," he said.

Singaravelan said the council traced the e-mail of a person in the suspension list and mailed him about the pending payment, to which he replied that he was currently employed in Dubai and considering practising law after three years.

Recording the submissions, the bench asked the senior counsel for the BCI whether he could keep the order in abeyance for two weeks so that some more time could be given for compliance.

Agreeing to it, Singaravelam insisted that each advocate appear in person to prove their identity to make the payment.

Recording the same, the court posted the plea to April 9 for further hearing.

On March 22, the council had suspended 5,970 advocates from practising law till they paid pending subscription of the Advocates Welfare Fund.