Take Immediate Steps To Set Up Grievance Redressal Forum In Compliance Of S. 11 Of The Transgender Act Of 2019: Calcutta High Court To Govt. 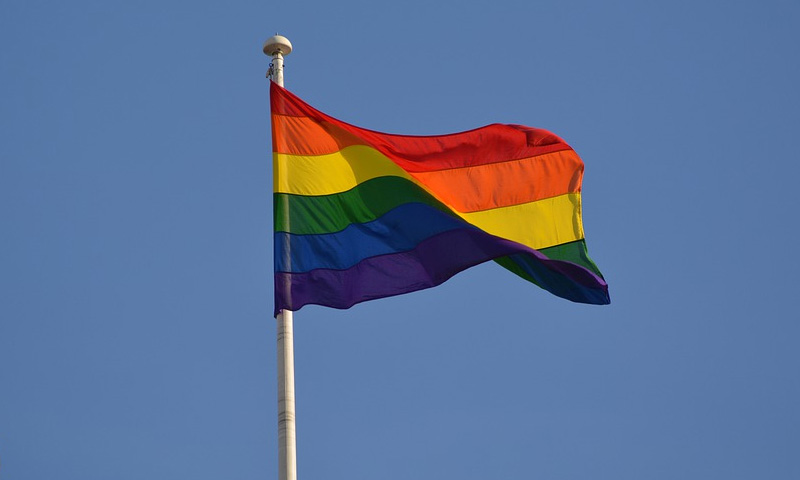 The Calcutta High Court last week directed the Chief Secretary of the West Bengal State to take immediate steps to set up a Grievance Redressal Forum and Mechanism in the State in terms of Section 11 of Transgender (Protection of Rights) Act of 2019. The Bench of Justice Rajasekhar Mantha was hearing the plea of one Pallabi Chakraborty who claimed to be a transgender and sought...

The Calcutta High Court last week directed the Chief Secretary of the West Bengal State to take immediate steps to set up a Grievance Redressal Forum and Mechanism in the State in terms of Section 11 of Transgender (Protection of Rights) Act of 2019.

The Bench of Justice Rajasekhar Mantha was hearing the plea of one Pallabi Chakraborty who claimed to be a transgender and sought mandamus against the police authorities to enable her to participate in the selection process of police constables instituted by the West Bengal Police Directorate.

The Court noted that the petitioner was designated as a male at the time of birth and he subsequently, by sworn affidavit, before the Judicial Magistrate declared herself as transgender.

However, thereafter [after the enactment of the Transgender Persons (Protection of Rights) came into force] the petitioner obtained employment with the State as a Lady called Pallabi Chakraborty and was attached to the Maidan Police Station.

"This Court notes that the petitioner has been approbating and reprobating. Having joined public employment albeit on a contractual basis as a lady civic volunteer, the petitioner cannot be permitted to turn around and now claim the status of a transgender."

In this backdrop, the Court opined that the principal reliefs in the writ petition cannot be allowed.

However, the counsel for the petitioner referred to Section 11 of the aforesaid Act of 2019 and submitted that there is no grievance redressal mechanism in the State or in the police force to redress grievances of transgender.

"This Court directs the respondent nos.4 & 5 to immediate set up a Grievance Redressal Mechanism and/or official in the West Bengal Police in compliance of Section 11 of the Transgender Act of 2019. The Chief Secretary of the State shall also take immediate steps to set up a Grievance Redressal Forum and Mechanism in the State in terms of Section 11 above to enable Transgender persons to have remedies under the aforesaid Transgender (Protection of Rights) Act of 2019."

With the aforesaid observations, the writ petition was disposed of.

Notable orders of other High Courts

The Bench of Justice Sunita Agarwal noted that in the Counter Affidavit (filed by the officer who had passed the order of cancellation) the sexual orientation of the petitioner was stated to be indulgence in an untoward activity.

Underlining that the transgender communities are required to be accorded equal status as the other prevalent genders of society, the Calcutta High Court last week issued a direction that reservation and other benefits for transgenders in Joint CSIR-UGC NET Examinations at all levels be provided immediately.

Recently, the Bihar Government informed the Patna High Court that vide notification dated 14th January, 2021, it has taken a decision for providing reservation in appointment to the post of Constables/Sub-Inspectors, for the persons belonging to the Transgender Community.

The Bench of Justice Ravindra Ghuge allowed the plea filed by Anjali Guru Sanjana Jaan, who challenged an order passed by the returning officer who rejected her nomination for the village panchayat polls.

Also, the Centre has recently informed the Delhi High Court that Transgender shall now be included as a separate gender category in Prison Statistics Report prepared by the National Crime Records Bureau (NCRB).

The Kerala High Court has also observed that "Person cannot be denied a legitimate right only because she is a transgender".

Justice Devan Ramachandran noted this, while hearing a plea filed by a Transwoman, challenging Section 6 of the National Cadet Corps Act, 1948 as illegal and ultra vires of Articles 14, 15 and 21 of the Constitution of India.

Notably, the High Courts of Karnataka, Jharkhand, and Telangana have also ordered the Government to ensure that the Transgender community is provided adequate protection and benefits during the lockdown.

In the month of May, a petition was also filed in the Kerala High Court seeking protection of the community against discrimination in the grant of relief measures during the lockdown.

In the month of June, the Bombay High Court had directed the Principal Secretary to the State Social Justice and Special Assistance Department to consider and dispose of within a fortnight, concerns expressed by an activist working for the transgender community, regarding the plight of the members especially after the lockdown and seeking directions for the formulation of a welfare scheme for the 40,000 members of the community in the State.

Recently, the Karnataka High Court has directed the State Government to take steps for implementation of the relevant provisions of the Transgender Persons (Protection of Rights) Act, 2019 and also extend all kinds of the reservation to members of the community.

In the month of July, the Karnataka High Court had sought a reply from the state government on why it has not included a separate category for the transgender community in its notification for recruitment to the post of Special Reserve Constable Force and Bandsmen.