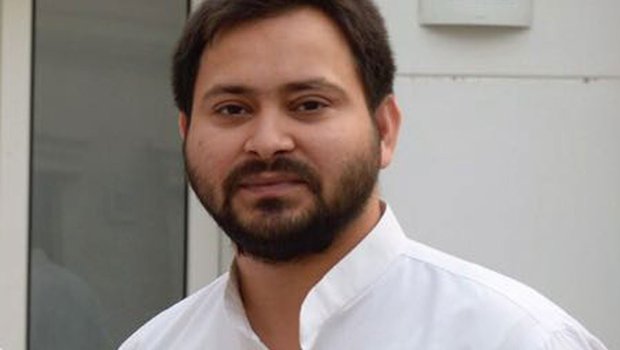 x
"The distribution and allotment together with ear-marking of a Bungalow to a Minister or to an elected representative is only for the purpose to ensure that a representative of the masses in this democracy is given facilities to enable him to discharge his obligations and serve the interest of the people."
Your free access to Live Law has expired
To read the article, get a premium account.

The Patna High Court has upheld the order directing Tejashwi Prasad Yadav, ex- minister and present Leader of Opposition, to vacate the bungalow he had occupied while he was a minister.

Tejashwi Prasad Yadav, the Leader of Opposition in the Bihar Legislative Assembly, had approached the high court challenging the notice issued to him by the government, to vacate the bungalow which was allotted to him while he was a minister of the earlier government. The new government, in an order passed, had allotted the bungalow occupied by him to the present Deputy Chief Minister. His contention was that as he continues to enjoy the status of a minister, being the Leader of Opposition, he is entitled to retain the same bungalow. As the writ petition got dismissed, he approached the division bench by filing letters patent appeal.

The bench comprising Chief Justice Amreshwar Pratap Sahi and Justice Anjana Mishra considered the issue whether with the change of this position of authority from Deputy Chief Minister to the Leader of Opposition and vice versa, can result in re-allotment or reallocation of bungalows or not.

"The appellant was a Minister of the earlier Government that had exercised its authority in ear-marking and allotting Bungalows. It is obvious that there was a change in the constitution of the Government and its Ministries and this, therefore, did bring about a situation where the subsequent Government cannot be said to be denuded of its authority to allot Bungalows to its newly inducted Ministers or to the newly elected leader of the opposition," the bench said.

The court further observed that so long as the category of the bungalow remains the same and is a furnished bungalow, it cannot be said that the state government has acted arbitrarily.

"The privilege, therefore, to retain the Bungalow was dependent upon the discretion of the Government subject to the condition that the allotment would be of the same category to the leader of the opposition as that to a Minister. It is not the case of the appellant that by virtue of the new allotment to the appellant of Bungalow No. 1, Polo Marg, Patna that is presently occupied by the Respondent No. 5, is of a lesser category or not of a category which is available to a Minister," the bench said.

While dismissing the appeal, the bench remarked: "We may conclude by saying that our proud nation came to be liberated under the leadership of a great soul who is all familiar throughout the world as Mahatma Gandhi, who lived for his ideals and his shelter was the sky and the earth beneath with all humanity as his family. Looking up to his ideals, we find that this squabble over the allotment of a Bungalow should not have been made a cause of dispute as if it was a division of some private property. The distribution and allotment together with ear-marking of a Bungalow to a Minister or to an elected representative is only for the purpose to ensure that a representative of the masses in this democracy is given facilities to enable him to discharge his obligations and serve the interest of the people. The facilities provided are not personal benefits, the retention whereof is only till the representative serves the interest of the people subject to the Constitutional and legal limits as prescribed."