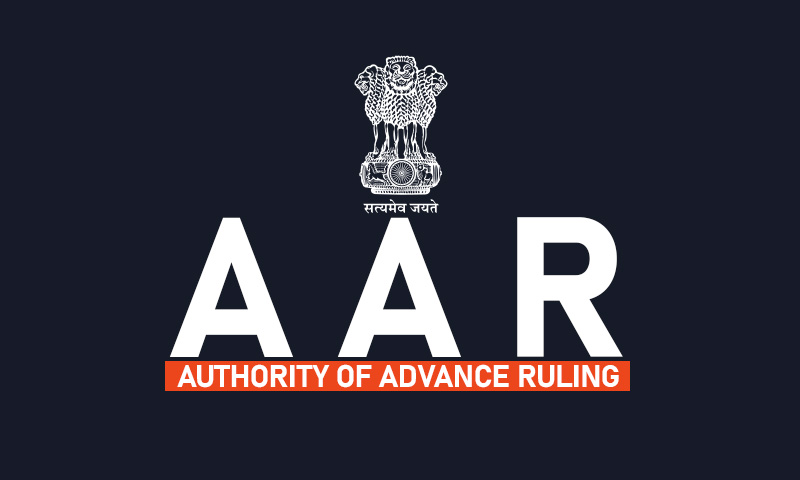 The two-member bench of B. Raghu Kiran and S.V. Kasi Visweswara Rao has observed that GST will not be attracted for labour engaged on a daily basis or for employees, etc., if the service is rendered in the course of employment.

The applicant, M/s. Sri Bhavani Developers, is into the construction of residential buildings and has opted for the new tax scheme as per Notification No.3/2019, dated 29.03.2019. The applicant submitted that they have entered into a JDA with one Mr. Sadanda Chary for the construction of residential units at Moulali. The joint development agreement between the land owner and the builder was signed on December 7, 2017, and a supplementary development agreement on an area sharing basis was signed on December 17, 2018.They have started the work, but they did not have any bookings as of 31-03-2019. Therefore, if the applicant falls into "other than ongoing projects" as per the notification No. 3/19 and 4/19, they are left with 5% GST without ITC.

The applicant sought an advance ruling on the issue of whether notification 4/2019 can be followed and GST be paid on an RCM basis for the share of the landlord as the project falls under "other than on-going Projects" as it can be considered as a new project.

The applicant submitted that the customer is entering into two types of agreements at the time of selling the semi finished residential flat namely, "Sale Agreement" and completion of semi finished works called "Work Order". The applicant has sought the ruling in respect of the GST rate applicable on the Sale Agreement and Work Order and the eligibility of ITC.

The AAR observed that tax on the portion of constructed area shared with the land owner-promoter has to be paid by the applicant as his liability in the capacity of developer-promoter and not as a reverse charge mechanism. The landowner-promoter will claim the tax as an ITC.

The AAR stated that the applicant is liable to pay tax on the reverse charge mechanism under the various conditions as a developer-promoter. Firstly, cement for the project must be purchased from a registered supplier only if the total value of supplies received from unregistered suppliers is less than 80%, and the promoter is required to pay 28% GST under reverse charge if the purchase is from an unregistered supplier. Secondly, excluding cement, a minimum of 80% of the procurement of inputs and input services used in supplying the real estate project service shall be received from registered suppliers only. For the shortfall from the requirement, 18% GST is payable on the value of the shortfall. The adjustment is to be made financial year wise and not project wise. Thirdly, in the case of capital goods procured from an unregistered person, the promoter is liable to pay GST under reverse charge. Finally, for residential apartments, GST is not payable on TDR, FSI, or payment of an upfront amount for a long-term lease of land if the supply occurs after April 1, 2019 and the residential apartment is sold before completion.However, for residential apartments remaining unsold after completion, a proportionate GST is payable on TDS, FSI or long-term lease of land by a developer-promoter under reverse charge.

The AAR held that if the initial contract for land and building, even if entered through different unseverable agreements, constitutes a single contract, Hence, it will attract tax at the rate of 0.5% for affordable housing and 2.5% for other housing under CGST and SGST, respectively, without ITC. However, if any other agreement which is beyond the scope of the initial agreement and is a severable agreement in relation to the initial agreement, then the construction made under the contract will attract 9% tax under CGST & SGST each with ITC.