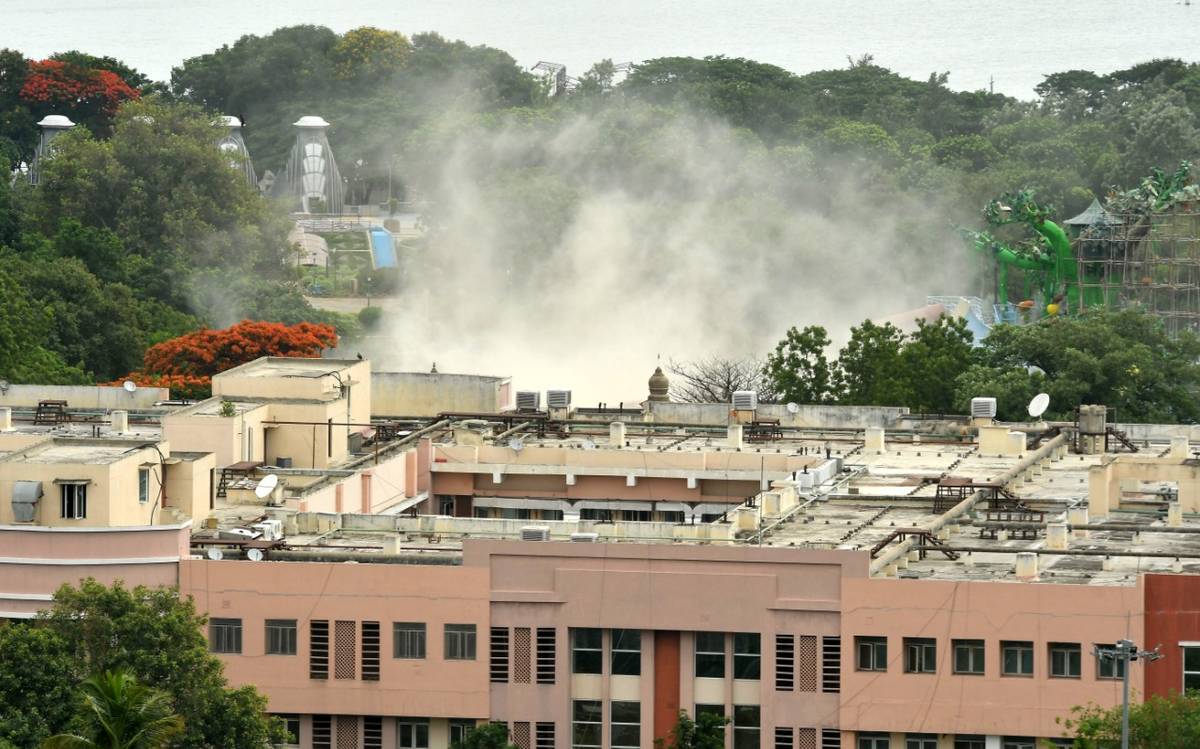 The Telangana High Court on Wednesday issued notices on a PIL seeking re-building of the religious places, situated within the Telangana State Secretariat Building, that were allegedly torn down during demolition of the Secretariat Building. The Bench comprised of Chief Justice Raghvendra Singh Chauhan and Justice B Vijaysen Reddy has issued notices to the Central Government,...

The Bench comprised of Chief Justice Raghvendra Singh Chauhan and Justice B Vijaysen Reddy has issued notices to the Central Government, Government of Telangana, Waqf Board and the Commissioner, Endowments etc.

It has asked the Assistant Solicitor General of India and Advocate General of Telangana to file their Counter affidavits in the matter by October 1, 2020.

The Petitioner had earlier approached the Supreme Court praying that such unauthorized demolition of religious structures be declared as illegal. However, the plea was withdrawn with liberty to approach the High Court.

In his plea, Advocate Aijazuddin has contended that the Government is statutorily bound to protect these religious places and it is incumbent upon them to rebuild the structures, at the same place where they previously stood.

It is alleged that the Government has finalized the construction design of the new Secretariat, while there is 'not even a whisper' about inclusion of the temple and/ or the Mosques in the new Plan.

"The two mosques which were demolished are Waqf Properties, their administration, management and title vests under the provisions of The Waqf Act, 1995. The Respondent Nos. 3 & 4 [Chairman and CEO of Telangana State Wakf Board] are duty bound to adhere in compliance of The Waqf Act, 1995," he submitted.