Request For Oral Hearing Cannot Be Denied by The Arbitral Tribunal On The Ground That The Claims Involved Are Modest: Telangana High Court 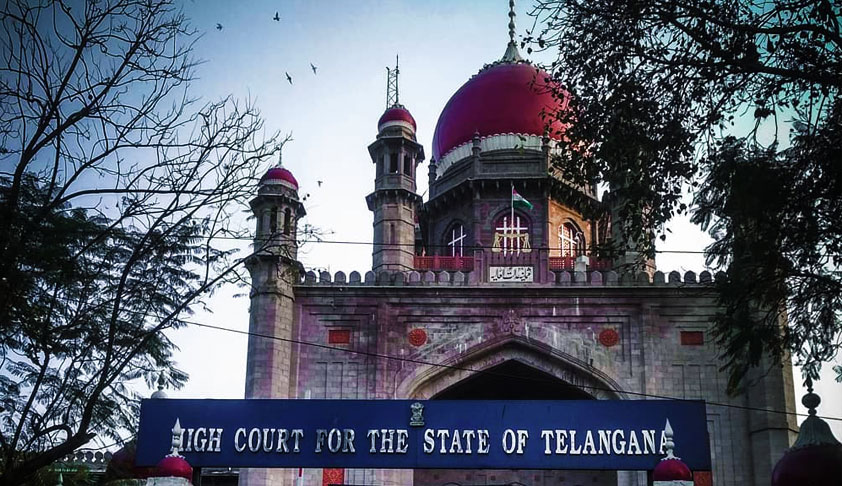 The Telangana High Court has ruled that where the Arbitral Tribunal has passed a foreign arbitral award after denying the request of a party for oral hearing, the said arbitral award is contrary to the fundamental policy of Indian law as it is in conflict with the basic notions of justice and hence, it cannot be enforced in India.

The Bench, consisting of Justices P. Naveen Rao and Sambasivarao Naidu, held that a person has a right of fair hearing and that a request for oral hearing cannot be refused by the Arbitral Tribunal merely on the ground that the claims involved are modest. The Court added that what is important is not the quantum of amount involved but the impact that an arbitral award would have on the business transactions and relationships of the award debtor.

A Charter Party Agreement was signed between petitioner ITC Limited and the respondent Wide Ocean Shipping Service Limited, who has its office in London, United Kingdom. After certain disputes arose between the parties, the Arbitral Tribunal was appointed who passed an award in favour of the claimant/ respondent.

The respondent/ award holder filed an Execution Petition seeking enforcement of the award under Section 48 of Part II of Arbitration and Conciliation Act, 1996 (A&C Act) in the Civil Court at Hyderabad. The Civil Court issued a warrant of attachment against the properties of the petitioner. Against this, the petitioner filed a revision petition before the Telangana High Court.

Section 48 of the A&C Act stipulates the conditions for enforcement of foreign awards. Section 48(2) (b) provides that a Court in India can refuse to enforce a foreign award, if the enforcement is contrary to the public policy in India. Explanation 1 to Section 48(2) provides that an award is contrary to public policy in India, if it is in contravention with the fundamental policy of Indian law or with the most basic notions of morality or justice.

The Court observed that the Arbitrator had termed the request of the petitioner for oral hearing as 'unjustifiable' and had refused to give the oral hearing on the ground that the amount claimed by the respondent/claimant was modest and that lengthy written submissions were already made.

Holding that the said view of the arbitrators was illegal, the Court ruled that a person has a right of fair hearing and a request for oral hearing cannot be refused merely on the ground that the sum involved is modest. The Bench added that what is important is not the quantum of amount involved but the impact that an arbitral award would have on the business transactions and relationships of the award debtor.

"'Audi alteram partem' is the basic tenet of law. Opportunity of hearing is ingrained in adjudication process in India. A person is entitled to hearing before a decision is made. More so, when the decision affects him adversely, as in this case, where liability is fastened on the petitioner.", the Court said.

The Court noted that the Supreme Court in Oil and Natural Gas Corporation Limited versus Western GCCO International Limited (2014) had held that the 'fundamental policy of Indian Law' must include all such fundamental principles which provide a basis for administration of justice and enforcement of law.

The Court held that denial of request for oral hearing is against the fundamental policy of Indian Law and hence, the arbitral award cannot be enforced in India.

"Guided by the principles enunciated by the Hon'ble Supreme Court, it is noticed from the decision of execution court, it has not applied its mind in assessing the scope of law of enforcement of foreign decree in India. The Execution Court has not applied its mind to relevant factors and erred in considering irrelevant aspects. Denial of request for oral hearing is against fundamental policy of Indian Law and, therefore, the award cannot be enforced in India."

Ruling that the arbitrators were not justified in assuming that the petitioner would not be greatly assisted by oral submissions, the Bench held that an adverse arbitral proceeding impacts the standing of a company in international business transactions. Thus, the Court concluded that the Arbitral Tribunal had viewed the issue of oral hearing in a narrow and parochial manner, which was arbitrary and capricious.

"Thus, the foreign award is contrary to fundamental policy of Indian law and is in conflict with basic notion of justice as the Arbitrators denied oral hearing even though a request was made. Such award is not enforceable in India.", the Court ruled.

Holding that a foreign arbitral award has to pass the tests prescribed in Section 48 of the A&C Act to be enforced in India, the Court ruled that a foreign award becomes a decree under Section 49 only when it passes the muster of Section 48.

The Court held that the Execution Court had grossly erred in not appreciating the scope of Section 48 of the A&C Act, and thus, the Court allowed the revision petition.

Counsel for the Respondent: Mr. A. Venkatesh