Margin Of Error In Determining Age By Radiological/ Ossification Test Is Two Years On Either Side: Telangana High Court Overturns POCSO Conviction 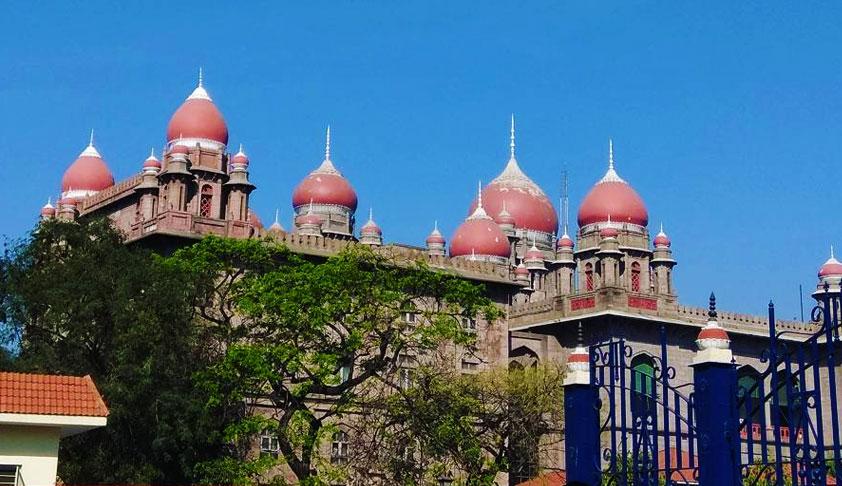 Recently, the Telangana High Court overturned the POCSO conviction as the age of the victim girl could be above 18 years of age on applying the margin of error to the age determined by doctor on radiological/ossification examination. Brief Facts of the Case The appeal was filed questioning the conviction of appellant for the offences under Section 5(1) r/w Section 6 (punishment...

Recently, the Telangana High Court overturned the POCSO conviction as the age of the victim girl could be above 18 years of age on applying the margin of error to the age determined by doctor on radiological/ossification examination.

The appeal was filed questioning the conviction of appellant for the offences under Section 5(1) r/w Section 6 (punishment for aggravated penetrative sexual assault) of the Protection of Children from Sexual Offences Act, 2012 (POCSO Act) and Section 363 of IPC (punishment for kidnapping).

The case of the prosecution was that the father of victim girl filed a complaint that when they woke up, they found that their daughter was missing. After around 2 months, the victim girl was rescued and appellant/accused was arrested by the police.

The victim girl on examination stated that she knew the accused for four years, who was aged around 19 years doing mason work. They fell in love and used to frequently chat. The victim girl and appellant decided to elope and marry. Both got married and participated in sexual intercourse. Only after accused suffered a snake bite while attending to labour work, that they informed the parents of accused.

The doctor conducted dental and radiological examination of victim girl and opined that she was aged more than 16 years but less than 18 years of age. To that effect, age determination certificate of the victim girl was given.

Contention of Both Sides

The appellant argued that explanation 2 of Section 375 IPC provides that sexual intercourse by a man with his own wife who is not under 15 years of age is not rape. However, the said ground could not be considered as the Supreme Court in Independent Thought v. Union of India (2017) amended explanation 2 of Section 375 and the age was changed to 18 years with prospective effect.

The entire case of prosecution rests upon age as it was proved that the victim was in deep love with the appellant. Neither hospital or municipal records were produced to determine exact age of victim. The doctor who did the ossification test could also not substantiate how the victim was more than 16 years and less than 18 years.

Justice K. Surender relied on Jaya Mala v. Home Secretary, Government of J&K (1982), in which the Supreme Court had observed that one can take judicial notice that the margin of error in age ascertained by radiological examination is two years either side. Applying the judgment regarding margin of error, if it is accepted that he victim is 16 years of age, adding two years to it, victim would be more than 18 years.

In the said circumstances, there was no conclusive proof regarding the age of victim. Thus, the benefit of doubt was extended to the appellant as prosecution failed to prove the age of victim girl. The appeal was allowed.