The Greens Fail Because They Lost Touch With Procedure Of Law : Bombay HC In Aarey Case [Read Judgment] 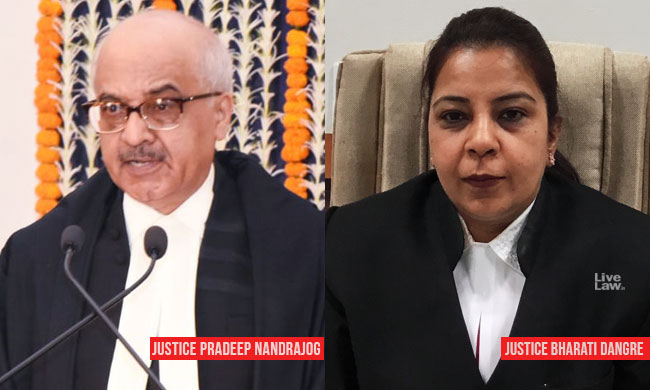 The Bombay High Court in its judgement allowingcutting of trees at Aarey Colony compared environmentalists to David and the development work (Metro Car Shed) as industrial 'Goliath'. Court said - "Repeatedly, Davids (environmentalist) take on industrial Goliath's. Relationship with nature and love for environment alone is true and all other relationships are unreal and temporary, is...

The Bombay High Court in its judgement allowingcutting of trees at Aarey Colony compared environmentalists to David and the development work (Metro Car Shed) as industrial 'Goliath'. Court said -

"Repeatedly, Davids (environmentalist) take on industrial Goliath's. Relationship with nature and love for environment alone is true and all other relationships are unreal and temporary, is their belief. Their hearts are a temple of devotion to flora and fauna. In the instant case, the Davids row their boat with faith, courage and devotion in the storm of development; but directionless. The Greens fail in the instant petition because they have lost touch with the procedure to be followed as per law."

Is Aarey a 'Forest'?

Chief Justice Pradeep Nandrajog authored the judgement and refrained from ruling on the aspect of Aarey being a 'forest' under the Forest Conservation Act and said that it is to be decided by the Supreme Court or the National green Tribunal as proceedings on the same issue are pending.

The petitioners had argued that as per the decision of the Supreme Court in T.N.Godavarman Thirumulpad v. Union of India & Ors the land was required to be declared as a forest area or alternatively as an eco-sensitive zone. The bench had rejected the said petition.

In TN Godavaraman (supra), the apex court held that the word 'forest' is not defined under Forest Conservation Act and must be understood according to its dictionary meaning. Court said that the description covers statutorily recognized forest, whether designated as reserved, protected or otherwise. The Supreme Court also issued a direction to the State Governments to constitute within one month an Expert Committee to identify areas which are forests irrespective of whether they were so notified, recognized or classified under any law and irrespective of the ownership of the land.

"It being not in dispute that the word 'forest' has not been defined in the Indian Forest Act, 1927 nor the Forest (Conservation) Act 1980 the ordinary dictionary meaning of the word 'forest' has to be adopted; which would mean a large tract of land covered by trees on which no agricultural activity is undertaken.

Regretfully, the State of Maharashtra has not formulated any policy laying down the parameters to determine either the extent of land or treat coverage therein for qualifying the land as a forest. We find that State of Gujarat has notified a policy as per which 2-hectare continuous land having tree coverage of above 50% would qualify the land as a forest land."

"The material placed before us is much more than what was placed before the Division Bench on the issue of the green coverage in the area."

However, since the High Court had earlier refused to decide the challenge to notification declaring eco-sensitive zones around Sanjay Gandhi National Park holding that the said notification was not challenged before it and that the issue was pending consideration before the National Green Tribunal, Chief Justice Nandrajog noted that the Court was bound by the earlier judgement.

"Since we agree that the coordinate Division Bench decision of this Court ties our hands, we need not elaborate on the submissions made by the learned counsel for the respondents that 525 hectare land has already been diverted to 24 departments and the map of Aarey Colony shows that the said 24 diversions are spread over the 1280 hectare of land in Aarey Milk Colony i.e. do not form a contiguous part, requiring therefrom to be inferred that what was originally a forest has degenerated and the clock cannot be put back. We do not make any comments thereon for the reason the petitioners have to now swim or sink before the Supreme Court with respect to the Special Leave Petition filed by them and the proceedings before the National Green Tribunal."