There Exist A Glass Ceiling For Women In Judiciary: India Justice Report 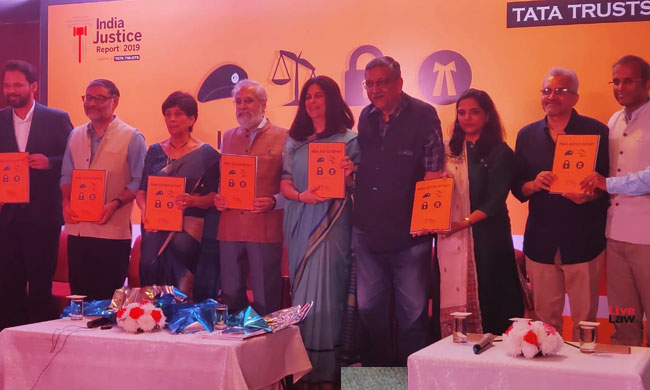 The representation of women in the judiciary is highly inadequate; more so in higher judiciary than in subordinate one. This fact about the state of affairs in the justice delivery system raises significant yet seldom discussed questions of diversity and inclusivity in the judicial system.

In the recently released India Justice Report, a ranking of States on the basis of their capacity to provide an efficient justice delivery mechanism, highlights the dismal figure of the representation of women in higher judiciary.

When it comes to subordinate courts, only 9 out of the 18 large states (having a population of 10 million or more) have provided for reservation for women. Out of these nine, 3 states (Bihar, Rajasthan and Karnataka) have not even met the mandated requirements of at least 33% representation.

As per the report, as of June 2018, 7 states did not even have a single woman judge in the High Court.

Despite the appalling national trend, there are some well-performing states as well. Meghalaya has the highest share of women judges in subordinate courts (74%) which is closely followed by Goa (66%).

Also breaking the trend, is Sikkim which has high share of women both at High Court and subordinate levels; with the share in High Court (64.7%) being more than that in subordinate courts (33.3%).

The report also highlights the reason behind needing more women judges on the Bench. It says that women on the bench also influence the quality of judicial decision making because the inclusion of their life experiences must necessarily allow a wider variety of human experiences into the process of judging.

When asked a question on the need of having a reservation for women in higher judiciary, Justice (Retd) Madan B Lokur said that there's no need for such reservation as of now. He also acknowledged that the rise in the number of women clearing the subordinate judiciary exams is a welcoming trend.

Also commenting on the said statistics, Maja Daruwala, the Chief Editor of the report, said that the institutions need to adapt themselves according to the unique requirements of women instead of imposing and subsequently expecting women to confirm to male-oriented mechanisms.