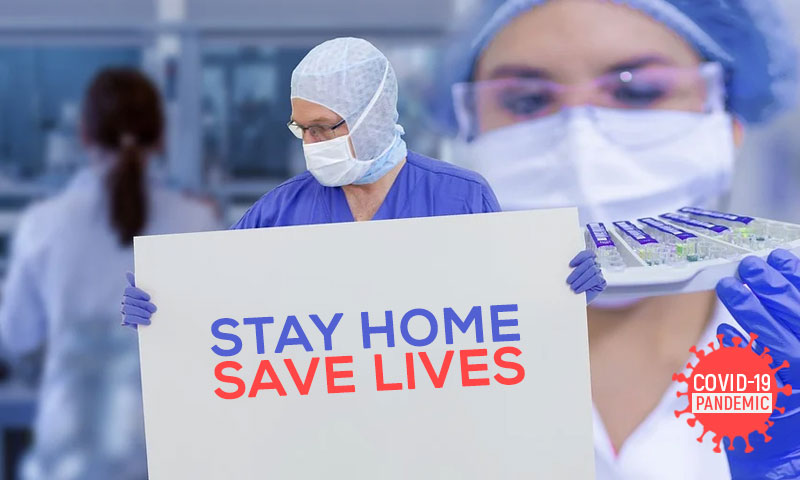 The Bombay High Court (Aurangabad bench) has observed that taking of timely awareness steps can avoid "drastic measures" such as application of National Security Act against those obstructing health workers treating COVID-19.Justice Prasanna B Valare made this observation taking note of press reports about invocation of NSA against persons who attacked health workers in Indore."It needs...

The Bombay High Court (Aurangabad bench) has observed that taking of timely awareness steps can avoid "drastic measures" such as application of National Security Act against those obstructing health workers treating COVID-19.

Justice Prasanna B Valare made this observation taking note of press reports about invocation of NSA against persons who attacked health workers in Indore.

"It needs no arithmetic precision to state that if the health workers are prevented from performing their duties, the same would result in a heavy price to be paid. Timely measures and medical assistance is the need of the hour. As such, by way of a suggestion, this Court may suggest that in this difficult time, let there be an attempt of bringing awareness through the independent bodies/organizations, who have earned a reputation by their valuable contribution to the society as well as by the respected figures in the society belonging to various sections of the society so as to make an appeal to public general to permit the health workers to take appropriate steps including conducting survey. Such an attempt would only help the health authorities to find out the positive cases and in turn to take immediate steps to provide treatment to the patients so as to save the valuable life of the citizens and the countrymen", the Court observed in this regard.

However, the judge termed the application of NSA a 'drastic measure', which could be an issue if questioned before the competent authority. Th judge observed that timely steps could avoid such drastic measures.

"In my opinion, the applicability for invocation of the provisions of the National Security Act, 1980 would be an issue if raised before the competent judicial forum to decide, but if timely steps are taken, there may be no occasion for the administration to invoke such drastic steps and if the exercise as suggested above by this Court is explored, the situation for invoking the drastic measures can be avoided" Court noted.

The Court also took suo-motu cognizance of new items published in various newspapers regarding migrant labourers and difficulties faced by health workers and volunteers, issuing notice to the State machinery and the local municipal authorities.

The Court referred to news items published in newspapers 'Lokmat', 'Sakal' and 'The Times of India' referring to detention of certain labourers, who were travelling from Pune and Ahmednagar to the State of Madhya Pradesh in the backdrop of the lockdown declared in the country.

The news items state that nearly 28 labourers took a journey of approximately 200 kms on foot or by whatever means available for transport and they were detained. They were apprehended by the police. Thereafter, the labourers were provided shelter in the Zilla Parishad School. The news items then refer to certain arrangements of the food for these labourers through voluntary organizations. Also, services are being provided through the disasters management team set up at taluka level and volunteers are facing difficulty due to lack of facilities and communication.

"This Court is aware of the extensive steps being taken by the District Administration, the Health Authorities as well as the local bodies, such as, Aurangabad Municipal Corporation, etc. This Court also appreciates the timely assistance being provided through the health workers in this difficult situation running the risk of their own lives" Justice Varale said.

Court referred to Supreme Court's observations in an order dated March 31, 2020, wherein the apex court noted that labourers who were rendered unemployed due to the lockdown were apprehensive about their survival as panic was created by some fake news that the lock down would last for more than three months.

The bench appointed Advocate Amol Joshi as Amicus Curiae to assist the court in this matter and issued notice to the State of Maharashtra through the Collector, District Aurangabad, the Dean, Government Medical College and Hospital, Aurangabad and the Commissioner of Aurangabad Municipal Corporation, returnable on April 8, 2020.