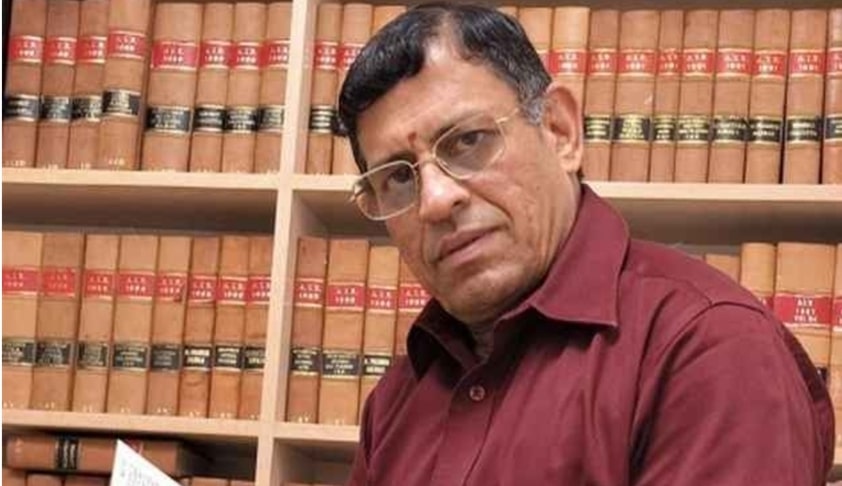 Advocate General (AG) R. Shunmugasundaram has recalled an order passed by his predecessor former Advocate General Vijay Narayan on March 31 this year, wherein the latter had declined to grant permission to initiate contempt proceedings against Tamil magazine Thuglak's Editor S. Gurumurthy for his comments about the judiciary during the magazine's annual meet with its readers on January...

Advocate General (AG) R. Shunmugasundaram has recalled an order passed by his predecessor former Advocate General Vijay Narayan on March 31 this year, wherein the latter had declined to grant permission to initiate contempt proceedings against Tamil magazine Thuglak's Editor S. Gurumurthy for his comments about the judiciary during the magazine's annual meet with its readers on January 14.

AG Shunmugasundaram vide order dated September 27, 2021 issued notice in the matter and intimated his decision to recall AG Vijay Narayan's order on the issue. Furthermore, the matter has been listed for final hearing on November 12.

Earlier, senior advocate S. Doraiswamy, who is practicing in the Madras High Court had sought to initiate contempt proceedings against Gurumuthy by alleging that on 14th January, Gurumurthy made a statement which amounts to criminal contempt as defined in Section 2 (c) of the Contempt of Courts Act, 1971.

In a public meeting, organized to commemorate the anniversary of Thuglak Magazine, Gurumurthy had remarked, "the judges who are now in the court, the judges who are in the Supreme Court, are all appointed by politicians. Many Judges have come by going through someone, referred by someone and falling at the feet of someone. This is one of the things we should be very sad about today, if judges are appointed on merit, this will not be the case."

However, former AG Vijay Narayan had declined to grant consent after observing that no case for criminal contempt was made out against Gurumurthy as the statement was made impromptu at a question-and-answer session and the very next day, a clarification had also been issued by him.

Pursuant to the perusal of the speech, the former AG Narayan had opined,

"Though some of the remarks pertaining to Judiciary could have been avoided, the statement taken in its entirety was meant to explain the systemic flaws and delays in the enquiry, investigation, administrative, executive and legal process and it was also based on the personal experience of the respondent in pursuing certain cases against politicians."

AG Narayan had tendered his resignation from office soon after since the DMK had been voted to power following the State Legislative Assembly polls in April. Consequently, senior advocate R Shunmugasundaram had been appointed as the next Advocate General to represent the DMK-led State government.

Subsequently, Advocate Doraiswamy filed a petition to recall the order dismissing his earlier plea on the ground that the dismissal order had been passed by mistake without considering the time granted to file an english translation of Gurumurthy's speech. According to Doraiswamy's counsel Advocate V Elangovan the previous AG had on March 26 granted time till Marcgh 31 for Gurumurth's counsel to file an Engalish translation of the Tamil speech. Accordingly, the translation had been submitted before the former AG"s office on March 31. However, even before the petitioner could revert, the order rejecting consent was passed, it was alleged.

AG Shunmugasundaram noted that there is no record to reflect that such time was granted and accordingly decided to reconsider the plea for grant of consent, along with another similar plea made by advocate S. Kumaradevan on November 12.

"The filing of physical copy on March 31, 2021 probalises the version of Mr. Elangovan that the translation was asked for as the then AG was not able to read Tamil", AG Shunmugasundaram stated. He thus concluded that the submission that the order of dismissal was passed by misatke cannot be brushed aside.

Accordingly, the order of dismissal in Doraiswamy's consent petition was recalled for further consideration.