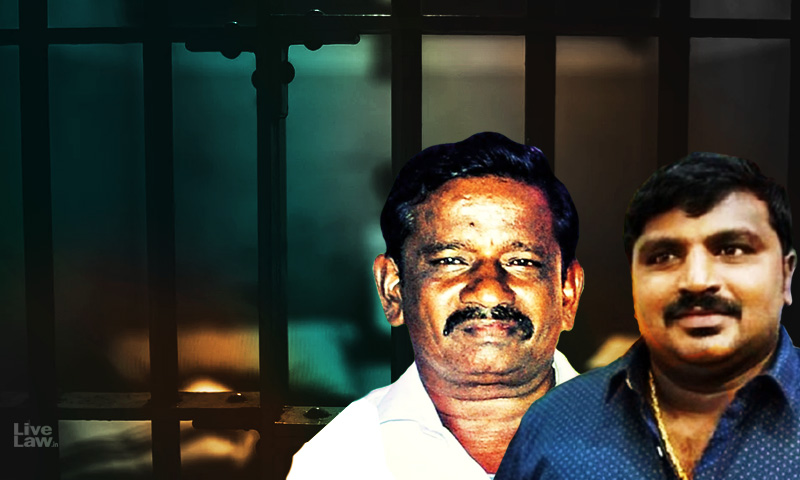 Hearing its suo motu cognisance in the recent horrific custodial deaths of a father-son duo in the state, the Madras High Court has appealed to the members of Print, Visual and Social Media not to "misinterpret the proceedings (or) observations" made during the course of hearing.

Justices M. Sathyanarayana and P. Rajamanickam further urged that a "media trial" not be conducted as it may affect both the prosecution as well as the accused.

The bench at the Madurai Seat of the High Court was informed that pursuant to the directions passed on an earlier occasion, Mr.Anil Kumar, Deputy Superintendent of Police, CBCID, Tirunelveli, had taken over the investigation and registered two cases for the alleged commission of the offences under Sections 302, 342 and 201 I.P.C.

"The Sathankulam police are taking advantage of the fact that the investigation of the case is in limbo and are attempting to cause disappearance of evidence", the High Court had observed on June 30. Another DB had then expressed its shock that "In fact, they (the police personnel) were emboldened enough to even intimidate the judicial officer to put spokes in the wheel of his enquiry". In the circumstances of the case, the bench had appointed Mr. Kumar as the Investigating Officer. On that occasion, the Court had been of the view that there was prima facie enough material to alter the case to one under Section 302 IPC against the Sathankulam policemen.

"Steps have already been taken to get their police custody before the expiry of initial period of remand of 15 days", the division bench was told.

The investigation having been transferred to the Central Bureau of Investigation (CBI) at the behest of the state, the Court was informed by the ASG that the central probe agency had registered two separate cases under Sections 176 (1-A)(i) Cr.P.C., and Mr.V.K.Sukla, Additional Superintendent of Police, CBI, had been nominated as Investigating Officer and a team of CBI officials headed by him will have landed at Madurai on Friday and proceed to Sathankulam for commencement of the investigation.

Accordingly, the bench required the CBCID, represented by Mr.Anil Kumar, to file a status report as to the investigation carried out so far in a sealed cover before this Court on the next date of hearing.

"CBI while investigating the two cases registered, shall take into account, the materials collected by CBCID so far, for the purpose of carrying out the effective and quality investigation",directed the court, adding that if it feels that custodial interrogation of any of the accused is necessary, it may take appropriate steps in accordance with law.

Finally, the bench ordered that the Investigating Agency either CB-CID or CBI, may take immediate steps to file applications for getting police custody of the arrested persons, within fifteen days of remand before the jurisdictional Magistrate as contemplated under Section 167 Cr.P.C.