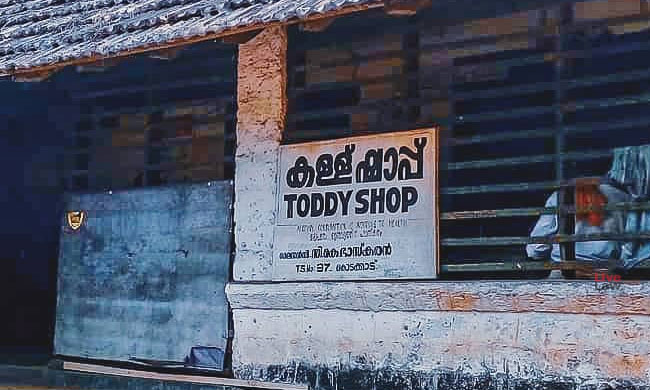 Allowing toddy shops near residential areas affect people's right to live in peace and thereby infringe their fundamental right to privacy, stated the report submitted by amicus curiae before the High Court of Kerala.While considering a petition filed by one Vilasini seeking the shifting of toddy shops from a residential area, the single bench of Justice Muhamed Mustaque had appointed...

Allowing toddy shops near residential areas affect people's right to live in peace and thereby infringe their fundamental right to privacy, stated the report submitted by amicus curiae before the High Court of Kerala.

While considering a petition filed by one Vilasini seeking the shifting of toddy shops from a residential area, the single bench of Justice Muhamed Mustaque had appointed Advocates Ashok M Kini and R T Pradeep as amicus curiae to examine whether toddy shops affected right to privacy of persons.

The report submitted by Advocate Ashok Kini pointed out that women and children faced a lot of difficulties due to existence of toddy shops in residential areas. Based on inquiries with a local resident, the amicus reported that toddy drinkers often passed lewd comments on women. Girls in those areas often face harassment and intimidation from intoxicated persons. The toddy shop has a bad influence on children growing up in the localities, making them gullible to addiction. The brawls in and outside the toddy shops often affect the peaceful atmosphere in the nearby homes, added the report.

The report highlighted a discrepancy in the Abkari Rules. While the Rules impose restrictions on setting up toddy shops within 200 meters from educational institutions, places of worship, burial grounds and SC/ST colonies, there is no mention of residential houses. In an earlier case (Prashant Babu M vs Kannur Kallu Chethu Vyvasaya Thozhilali Sahakarana Sangom), the High Court had observed that it was strange that a rule which prohibits toddy shop near the burial grounds where the dead rest in peace, does not have a mention of 'residential areas', where people live, yearning for peace. The report also pointed out that impact of toddy shops on residential areas is the same as on SC/ST colonies. Therefore, there is no reason to exclude residential areas which are not SC/ST colonies from the distance rule under the Abkari Rules, stated the report.

The amicus therefore suggested reading in 'residential areas' into the distance rule for toddy shops.

"Since prevention is better than cure, it is essential that the state should do a social impact study before allowing setting up of toddy shops in residential areas", the report said

"Right to privacy, a facet of fundamental right to life, of individuals is more precious than the business interest of Toddy licensees or the revenue garnered by the state", added the report.

"When the state allows a licensee to set up a toddy business in a residential area, it is establishing a source of public nuisance there. Such an act of state which causes a public nuisance, in my humble opinion, is an infringement of the collective right to privacy of the residents in the area", opined Advocate Ashok.

Advocate R T Pradeep, another amicus appointed in the case, highlighted the need to reshape the toddy sector by infusing modernization into it and curbing the evils attached to it.

Spurious liquor mixed with high intoxicants is being served through most shops under the guise of natural toddy. The report suggested that if proper measures for ensuring quality of toddy and hygiene of toddy shops are taken, they will cease to be a source of nuisance.

"A facelift of toddy shops in accordance with changing times would remove the stigma to a larger extent attached to it.  It should be a place where people transcending gender and sex, noble and layman should visit to have a healthy drink and food.  The blemish cast on the visitor of a toddy shop should give way", the report said.

According to this report, modernization of toddy shops and enhancement of their quality will have "greater impact in protecting the privacy of people residing in the neighborhood by changing their perception of toddy shops as a place of anti socials in unhygienic circumstances".