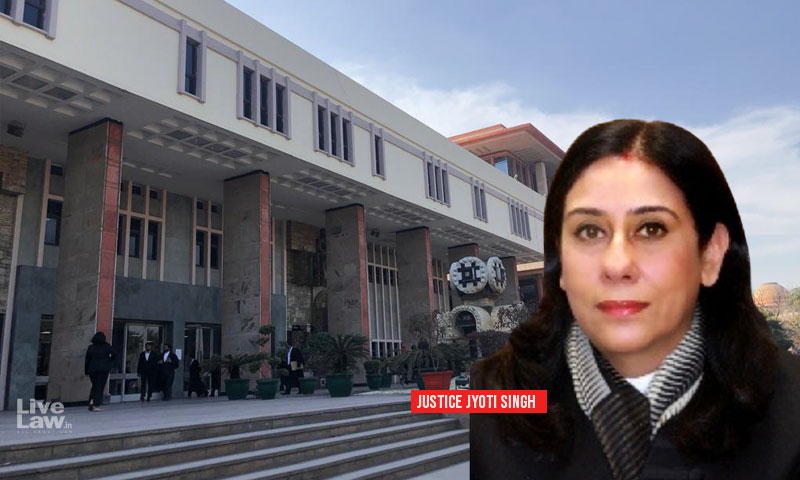 The Delhi High Court has awarded Rs. 2 lakhs damages and an amount of Rs. 9,60,100 in favour of Starbucks Corporation in a trademark infringement suit filed by it over the usage of its registered trademark'FRAPPUCCINO'.

Justice Jyoti Singh was dealing with the suit filed by the plaintiff, Starbucks Corporation against one Teaquilla A Fashion Cafe, seeking a decree of permanent injunction restraining the Defendants from infringing it's registered trademark "FRAPPUCCINO" either alone or with any prefix or suffix or any other confusing and deceptively similar trademark in relation to their goods, services and business as well as passing off.

Starbucks Corporation was incorporated in the year 1985 and in 2019, when the suit was filed, it had 30,626 retail stores in 80 countries and territories around the world.

Vide order dated September 3, 2019, the Court had granted an ex parte ad interim injunction in favour of the Plaintiff and against the Defendants.

The Court observed that it cannot lose sight of the fact that Defendants were found guilty of infringement and in such circumstances, the Court can grant notional damages.

"Accordingly, damages to the tune of Rs.2,00,000/- are awarded in favour of the Plaintiff and against the Defendants," the Court ordered.

Noting that Starbucks Corporation had filed the Advocates' Fee Certificate indicating the cost incurred by the Plaintiff, including the fee of the lawyers and the Court Fee, which amounted to Rs.9,60,100, it further ordered:

It was the case of Plaintiff that it was using the trademark FRAPPUCCINO and variations for its widely popular hand-crafted blended cold beverages throughout the world in various flavours and that the said mark was registered in over 185 countries and territories in different classes in relation to various goods and services.

It was also the case of the Plaintiff that due to extensive use, worldwide sales and marketing and premium quality of the goods sold under the said marks, Plaintiff had earned formidable goodwill and reputation and had garnered attention from national and international media and had featured in various magazines and newspapers, including on websites.

It was averred that the Plaintiff had consistently received top-level brand rankings from various brand-evaluation agencies over the past 19 years, which included Interbrand, a leading International branding consultancy Company, which ranked STARBUCKS amongst the "Top 100 Brands" in the world (2000- 2018), as also Forbes brand ranking, as being one of the World's Most Valuable Brands.

The cause that triggered the filing of the suit was the information that the Plaintiff received in November 2018 that Defendant No.2 was operating a cafe or restaurant under the name 'Cafe TeaQuila– A Fashion Cafe', wherein Defendant No.1 was selling beverages under the name 'BUTTER SCOTCH FRAPPUCCINO' and 'HAZEL NUT FRAPPUCCINO', without Plaintiff's permission, authorization or license.

According to the plaintiff, the marks used by the Defendants were phonetically and visually identical to the Plaintiff's FRAPPUCCINO mark and the names of the beverages were confusingly and conceptually similar to one of the Plaintiff's hand-crafted beverage items 'SMOKED BUTTERSCOTCH FRAPPUCCINO' and 'HAZELNUT FRAPPUCCINO BLENDED COFFEE'.

It was averred that Plaintiff had sent a cease and desist notice to the Defendants. However, despite receipt of the notice as well as reminders and negotiation talks telephonically, Defendants continued to sell the impugned products. Having no option, the suit was filed in the High Court.

The Court was of the view that Plaintiff's FRAPPUCCINO trademarks had acquired a formidable reputation and goodwill in India and the Defendants had used identical marks with respect to similar goods and the trade channels and the customer base were also common.

"Therefore, the triple identity test is satisfied. Ex-consequenti, it is proved by the Plaintiff that use of the impugned marks by the Defendants amounts to infringement of Plaintiff's FRAPPUCCINO trademarks. It is also proved that the intent of the Defendants was to pass off their goods as that of the Plaintiff and a case of passing off is also established. It needs no reiteration that the pleadings in the plaint and evidence led by the Plaintiff are unrebutted and thus, accepted as true and correct. Plaintiff has made out a case for grant of permanent injunction in terms of prayers (a) and (b) in para 47 of the plaint," the Court observed.