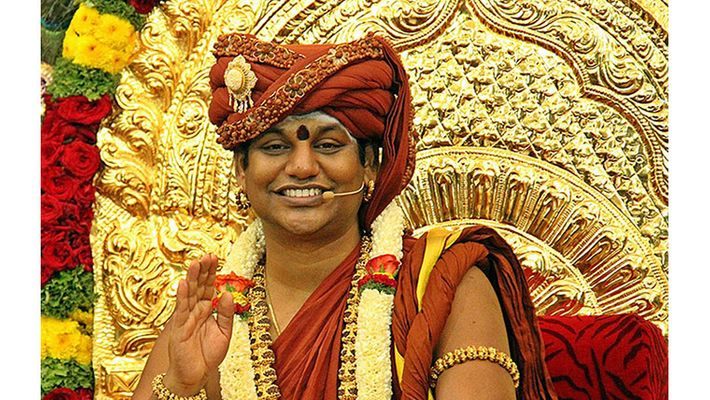 A district court in Ramangara has directed alleged rape accused Swamy Nityananda @Rajshekharan to remain present before it on March 23. The CID is also directed to provide details of properties, if any which stand in his name, across the country.

The self-styled godman had absconded from India, and is reported to be in Ecuador.

The Principal District and Sessions Judge in its order said

"The IO and the complainant CID police, are hereby directed to procure the details of properties both 'movable and immovable', if any which stand in the name of accused no 1 (Nityananda) and accused 2 (Gopala Sheelum Reddy @Sri Nithya Bhaktananda). They shall also procure the details of property of Ashrama of A1 (Nityananda), said to be situated at Bidadi and also at other parts of this country. The Police shall comply with the directions within 2 weeks from this day, (March 4). Post the matter for the appearance of accused persons and for compliance on March 23."

Recently, the Karnataka High Court had cancelled the bail granted to Nityananda in the case and had directed the police to take Nithyananda into custody. The High Court had issued a notice to Nithyananda on February 1, when it decided to hear complainant, K Lenin's petition, seeking cancellation of bail of the accused. On February 3, the Police, however, told the court that they were unable to send the notice to Nithyananda as he is currently on a spiritual tour.

Nithyananda is facing trial under sections 376 (rape), 420 (cheating), 114 (criminal abetment), 201 (disappearance of evidence, giving false information), 120B (criminal conspiracy) and other charges under the Indian Penal Code (IPC). He has not been appearing before the court since 2018. A court in Gujarat where a similar offence is registered against him has issued a Blue Corner Interpol notice, against him