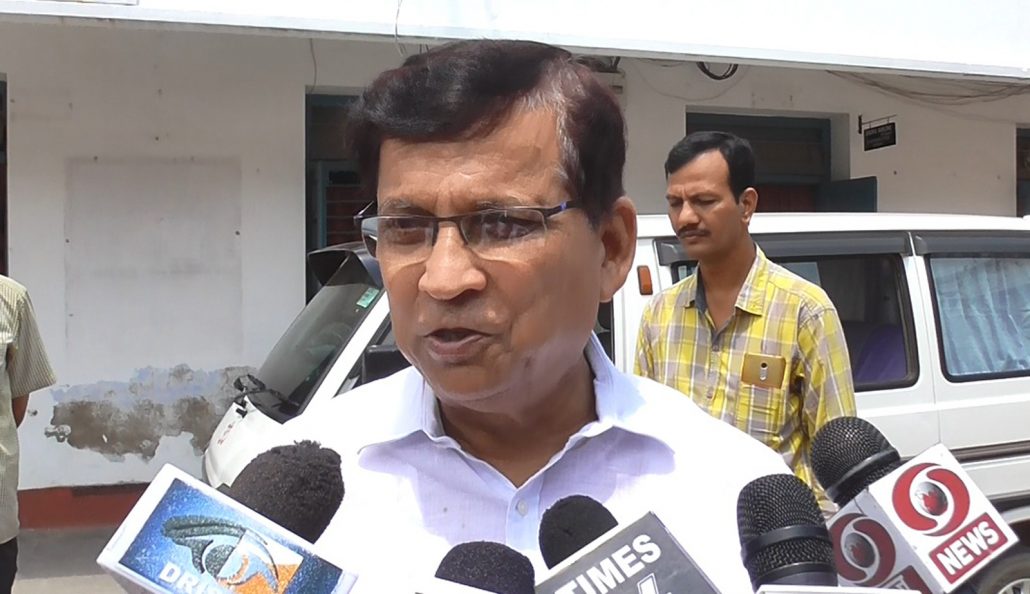 The Tripura High Court on Thursday refused to grant bail to CPI (M) MLA Badal Choudhury, one of the prime suspects in the PWD Scam case. While adjudicating upon the bail plea filed by Chodhury's wife, the single judge bench of Justice Arindam Lodh said, "I am not inclined to grant bail in favour of the accused person. In my opinion, thorough investigation is necessary to unearth...

The Tripura High Court on Thursday refused to grant bail to CPI (M) MLA Badal Choudhury, one of the prime suspects in the PWD Scam case.

While adjudicating upon the bail plea filed by Chodhury's wife, the single judge bench of Justice Arindam Lodh said,

"I am not inclined to grant bail in favour of the accused person. In my opinion, thorough investigation is necessary to unearth the truth and to lift the veil behind the mirror. Now, it is a preliminary stage of investigation and materially, in all literal meaning, substantial investigation in consonance with different phases of investigation prescribed under the Code of Criminal Procedure, are yet to be commenced."

The complaint filed in this behalf by the Vigilance Organization of the Tripura govt. alleges major wrongdoings were committed for finalization of tenders and awarding of projects at cost plus basis to some Public Sector Units (PSUs) and some private sector construction agencies during financial year 2008-09 for implementation of major infrastructural development projects by the State PWD.

Allegedly, the accused flouted the approved terms and conditions of the bid and directions of the Council of Ministers, restricting the cost plus rates to 10% of the estimated cost and gave unfair advantage to the selected private players by allowing them to operate 35% to 47% above the estimated cost.

Accordingly, FIR had been registered against them under Sections 409, 418, 420, 201, 120B of IPC and Section 13 of the Prevention of Corruption Act, 1988 and the investigation was handed over to the Crime Branch.

While Bhowmik is already in custody, Singh has been on the run ever since.

Chodhury had sought pre-arrest bail before the High Court, pending which he was admitted in the ILS Hospital, Agartala due to Cardiac complaint from where he was arrested by the Investigating Agency, therefore resulting in the present bail application.

Refuting this submission, the court said,

"I am at a loss to understand as to why a person who had paved the way of committing misappropriation of Government fund should be kept outside the scanner for the purpose of investigation and why his complicity in regard to hatching of criminal conspiracy along with other accused persons, and why he will not be booked under Section 13 of the Prevention of Corruption Act, 1988, particularly under sub-section 1(c) of the said provision?" Reliance was placed on P. Chidambaram v. Directorate of Enforcement, (2019) SCC Online SC 1143.

With regards the contention that being the Minister-In-Charge of PWD, Chodhury had only signed the documents on the basis of the notes prepared by the officers of the Department and he could not be held vicariously liable in a criminal trial, the court said,

"how and why he had given his consent to such abnormal increase of cost plus basis price when he was well aware of various conditionalities discussed in the Council of Ministers in this regard and after elaborate discussions having considered all the pros and cons, the Council of Ministers had imposed a restriction upon all the authorities concerned limiting the cost plus basis price upto 10%. The departure from such decision and the enormous and unreasonable increase of cost plus basis price at the rate of 47%, 38%, etc. leads this Court to hold, prima facie, that the matter is required to be thoroughly investigated as to why the Government policy decision was flouted which had a direct impact on the economy of the State."

The court also expressed its skepticism with regards the conduct of not mentioning of waiver of ceiling limit of 10% in the tender documents, to negate the argument that the FIR did not disclose any ingredient constituting offence of criminal conspiracy under Sections 120B/420 of IPC.

"the question comes up why the cost plus percentage basis at the rate of 10 percent was not mentioned in the Expression of Interest(EOI) and why only cost plus percentage basis without mentioning the rates of percentage was mentioned in the EOI. At this situation, in my considered view, conspiracy of extending some undue advantage to the contractors of their choice has become apparent even before the commencement of inviting the Expression of Interest(EOI)," the court said.

Notwithstanding the submission that the modifications were made to boost and encourage the contractors to complete the works on time, the court said that the same could not justify opening of bids on two different dates which palpably put the private companies in an advantageous position.

"this Court is at loss to understand what prompted the accused persons to open bids on two different dates. The bids of public sector units were opened on 24.09.2008 whereas the bids of the private sector construction agencies were opened on 17.10.2008. Naturally, the private construction agencies were put in an advantageous position than those of the PSUs, because of the fact that the bids/offer rates quoted by the PSUs came to the fore of the private companies.

… the PSUs were given less importance in awarding the projects, though, they had better infrastructures and experience. The private companies were preferred for the maximum projects, which would be revealed from bridge and road packages."

Lastly citing the much renowned Delhi High Court ruling in P. Chidambaram v. CBI, wherein it was reaffirmed that "economic offences having deep rooted conspiracies and involving huge loss of public funds need to be viewed seriously", Chodhury's bail plea was rejected to facilitate a thorough investigation of the matter.