Twitter Stripped Of Safe Harbour Immunity Under IT Act For Non-Compliance With IT Rules 2021: GOI To Delhi High Court 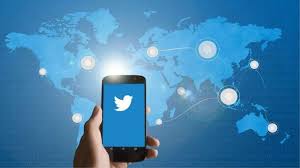 The Ministry of Electronics and Information Technology, (MeITY) Government of India has informed the Delhi High Court in an affidavit that the Safe Harbour Immunity under the Information Technology Act, 2000 (IT Act) is no longer available to Twitter, as it hasn't "fully" complied with the IT Rules, 2021.Section 79 of IT Act states, "an intermediary shall not be liable for any third...

The Ministry of Electronics and Information Technology, (MeITY) Government of India has informed the Delhi High Court in an affidavit that the Safe Harbour Immunity under the Information Technology Act, 2000 (IT Act) is no longer available to Twitter, as it hasn't "fully" complied with the IT Rules, 2021.

Section 79 of IT Act states, "an intermediary shall not be liable for any third party information, data, or communication link made available or hosted by him," therefore providing Safe Harbour protection.

This implies that intermediaries such asTwitter or Internet Service Providers (ISPs) are not liable to punishment if third parties (users) misuse the infrastructure, in this case, the platform.

@GoI_MeitY has informed the Delhi High Court in an affidavit that the Safe Harbour Immunity is no longer available to Twitter, as it hasn't complied with the IT Rules, 2021. @Twitter @TwitterIndia pic.twitter.com/9GL1Ws3wY8

This means that as long as the platform acts just as the medium to carry out messages from users A to user B, that is, without interfering in any manner, it will be safe from any legal prosecution.

(v) of the IT Rules 2021. Hence, it is obligated to comply with the provisions of the Rules, 2021, as due diligence obligations u/R.3 and R.4 are to be followed by all intermediaries to avail exemptions from liability under S.79(1) of the Information Technology Act, 2000.

The government has said that a "sufficient period of 3 months was granted to all SSMIs to comply with the additional due diligences set out under Rule 4 of the IT Rules. Thus, from 26.05.2021 onwards, compliances with the R.4 obligations are mandatory."

Further that, Rule 7 provides that when an intermediary fails to observe these Rules, the provisions of S.79 (1) will not be available and the intermediary shall be liable for any punishment under any law for the time being in force in respect of the offending content.

The centre says that as in spite of 3 months' time granted to all SSMIs to comply with the IT Rules 2021, Twitter has failed to fully comply with the same, the non-compliance is leading to Twitter "losing its immunity conferred under S.79(1) of the IT Act, 2000.

In its reply to a petition filed against Twitter Inc for failure to take action on allegedly derogatory tweets by Trinamool Congress MP Mahua Moitra and journalist Swati Chaturvedi, Twitter had earlier told the Delhi High Court that, "The tweets are not of a category for which Twitter takes action under our policies, rules and terms of service. We note that you have indicated in your complaint that the tweets are false, illegal and defamatory."

The plea had also sought action against Twitter Inc for its failure to appoint a Resident Grievance Officer as directed under Rule 4 of the Information Technology (Intermediary Guidelines and Digital Media Ethics Code) Rules, 2021 (IT Rules, 2021) and stated that as per a Government of India circular the same were to be complied with by May 25.

Replying to the same, Twitter submitted that the circular was merely directory and not mandatory in nature, and further subject to "just exceptions".

However, Twitter submitted that in compliance with the Rules it had appointed a Resident Grievance Officer and made details of the same available on the website by May 29, however, the appointed officer withdrew his candidature on Jun 21 before the same could be finalized. It further stated that it received and acknowledged the complaint within 24 hours and further disposed of the same within 15 days as required by the Rules.

The tweets in question were as follows:

Mahua Moitra (@MahuaMoitra): Welcome to our Susu Potty Republic! Drink Gaumutra, smear cowdung & flush the rule of law down the toilet @DelhiPolice issue notice to Twitter & land up in their offices for rightly calling out @BJP's fake document as manipulated media. Go figure.

Swati Chaturvedi (@bainjal): If Bobde had been Chief Justice of the Supreme Court Modi would have been able to appoint his favourite Gujarat IPS, official Rakesh Asthana. What a huge difference a CJI who follows the law makes.

On May 31, the Delhi High Court had issued notice in the plea.

Sr. Adv. Sajan Poovayya appearing for Twitter had told the court that they have already appointed a Resident Grievance Officer in terms of the Rules on May 28.