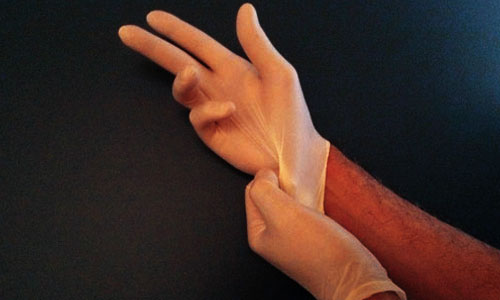 Dr Indrajit Khandekar, professor of forensic medicine at Mahatma Gandhi Institute of Medical Sciences (MGIMS) in Maharashtra's Sewagram, has reportedly written to the Medical Council of India (MCI) seeking removal of the 'two-finger test' or the 'virginity test' from the medical curriculum.

Dr. Khandekar has asserted that the test has no scientific basis and violates human rights. He points out that the test does not provide any decisive evidence of vaginal intercourse or sexual history. He further highlights the fact that the process puts the examinee through physical and psychological distress.

The test, he says, currently finds a place in all textbooks, without any scientific literature or study to prove its scientific relevance. He also claims that the references to the test create a misguided perception about the process in the minds of doctors, the general public and even the judiciary.

"Numerous studies have shown the inspection of hymen cannot give conclusive evidence of vaginal penetration or any sexual history. In fact, abnormal hymenal features such as laceration or an enlarged opening are found in females with or without a history of sexual activity. Yet our textbooks continue to teach future doctors about this unscientific test…

"…Till it stays in the curriculum, textbooks will devote chapters on this and students will continue to learn and perhaps practice when asked to perform such a test by the police or courts," he was quoted as saying.

Copies of his report have also been sent to the Union Ministry of Health, Ministry of Women and Child Development and Registrar of the Maharashtra University of Health Sciences, Dr. KD Chavhan.

The Supreme Court had, in Lillu @Rajesh and another v. State of Haryana, ruled that the two finger test violates the right of rape survivors to privacy, physical and mental integrity and dignity.

The bench comprising Justice BS Chauhan and Justice FM Kalifulla had observed, "Thus, this test, even if the report is affirmative, cannot ipso facto, be given rise to presumption of consent. In view of International Covenant on Economic, Social, and Cultural Rights, 1966; United Nations Declaration of Basic Principles of Justice for Victims of Crime and Abuse of Power, 1985, rape survivors are entitled to legal recourse that does not re-traumatize them or violate their physical or mental integrity and dignity.

A year later, the Union Ministry of Health and Family Welfare had drawn up new guidelines for treating rape victims and had directed all hospitals to set up designated rooms for forensic and medical examination of victims. It had also prohibited the two finger test, calling it unscientific.