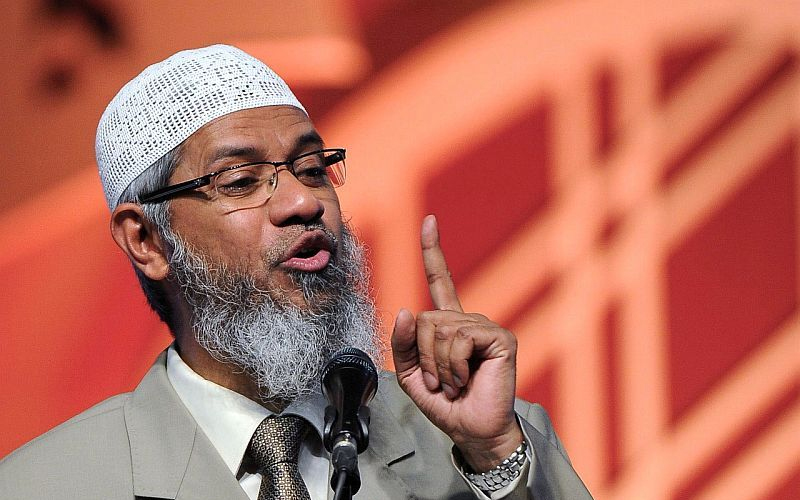 A one-member tribunal consisting of Justice (Retd) DN Patel has CONFIRMED the decision of the Central government to ban and declare Zakir Naik's Islamic Research Foundation as an 'Unlawful Association'. The Ministry of Home Affairs notified the order of the Tribunal on Wednesday (March 30).It may be noted that the Central Government had constituted this tribunal consisting of the then Delhi...

A one-member tribunal consisting of Justice (Retd) DN Patel has CONFIRMED the decision of the Central government to ban and declare Zakir Naik's Islamic Research Foundation as an 'Unlawful Association'. The Ministry of Home Affairs notified the order of the Tribunal on Wednesday (March 30).

It may be noted that the Central Government had constituted this tribunal consisting of the then Delhi High Court's Chief Justice DN Patel in December 2021 to adjudicate upon the 'Unlawful Association' status of Zakir Naik's Islamic Research Foundation.

It may be noted that the Central government had already declared Islamic Research Foundation (on November 15, 2021) as an unlawful association and as per the mandate of Section 4 of the Unlawful Activities (Prevention) Act, 1967, this Tribunal had been constituted as it is mandatory for a tribunal to affirm any such move.

Reasons for imposing a ban on IRF by the Central Government

The Central Government had found that the IRF, and its members, particularly the Founder and President of the said Association Dr.Zakir Naik had been encouraging and aiding its followers to promote or attempt to promote, on the grounds of religion, disharmony, or feelings of enmity, hatred or ill-will between different religious communities and groups.

The Central Government had also found that the speeches of Dr. Zakir Naik, were objectionable as he had been extolling known terrorists, proclaiming that every Muslim should be a terrorist and promoting forcible conversion of the youth to Islam, justifying the suicide bombings, posting objectionable comments against Hindu, Hindu's God and other religions which are derogatory to other religions and further inspiring the Muslim youth and terrorists in India and abroad to commit terrorist acts.

In view of this, the Central Govt had opined that the acts of IRF, its President, and members were highly inflammatory in nature and prejudicial to the maintenance of harmony between various religious groups and communities and that such a divisive ideology is against India's pluralistic and secular social fabric and it may be viewed as causing disaffection against India.

As per Section 4 of UAPA, the decision of the government to declare an association as unlawful has to be confirmed by a Tribunal. The Central Government has to constitute such a tribunal within 30 days for the purpose of adjudicating whether or not there is sufficient cause for declaring the association unlawful.

Further, Section 5 provides for the constitution of such tribunal, consisting of one person. It may be noted that no person can be so appointed unless he is a Judge of a High Court.

Having persued the relevant evidence submitted by the Central Government before the Tribunal, it came to a conclusion that the actions and conduct of Dr. Zakir Naik, who is admittedly the heart and soul of IRF, are prejudicial to the national interest of India.

"...it appears that IRF and its office bearers have continued to indulge in unlawful activities which are detrimental to the national interest, especially, as it threatens the sovereignty, unity, integrity, security of India and causes disaffection against India," the Court further observed.

Significantly, during the course of the hearing, 5 sealed cover envelopes were presented before the Tribunal by the Director, Minister of Home Affairs. Having persued the said sealed cover and taking into account the evidence adduced, the Tribunal observed thus:

"This Tribunal upon such perusal is satisfied that there existed sufficient cause for imposing the said ban on IRF as its unlawful activities are subsisting through various mediums, which are detrimental to the sovereignty, unity, integrity, security of India and causes disaffection against India...The entire material placed on record goes to show that the IRF is involved in such activities which not only incite and encourage the youth to undertake the unlawful activities with an intent to threaten the sovereignty, unity, integrity and security of India but also cause disaffection against India, which leaves no doubt that the ingredients of Sections 2(1)(o) and 2(1)(p) of UAPA, 1967 are met and there is every reason to conclude that the IRF be declared as an unlawful association."

In view of this, the Court found justification in the decision of the Central Government to take action under section 3(1) and Section 3(3) of the Act for declaring the Islamic Research Foundation (IRF) as an "unlawful association".