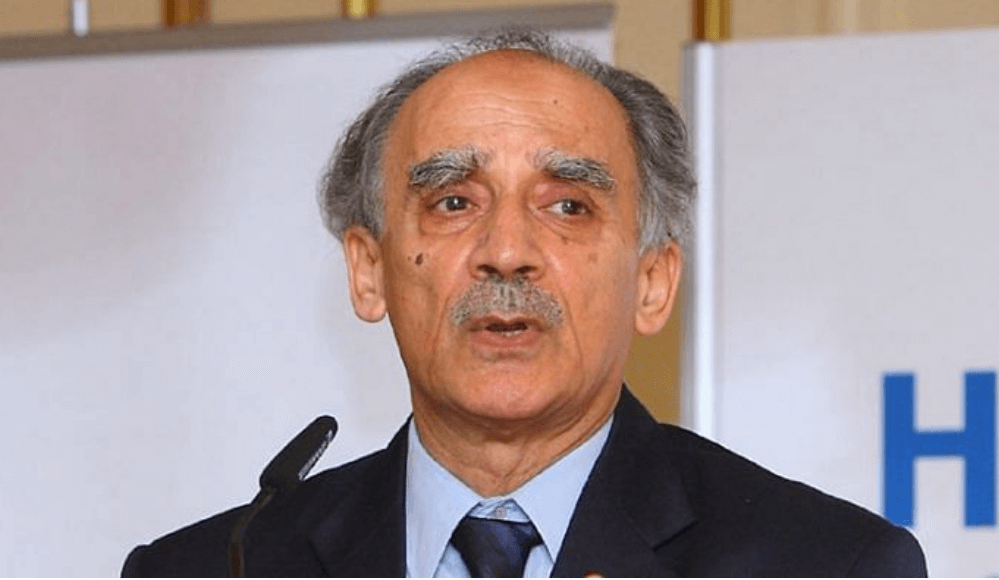 The Single Bench of Justice Dinesh Mehta allowed the criminal revision petition filed by Arun Shourie, who was the Minister for Disinvestment in the year 2001 – when disinvestment of Laxmi Vilas Hotel, Udaipur took place.

Arguments before the Court

It was argued by senior counsel Prashant Bhushan and Advocate Pradeep Shah, appearing for Arun Shourie that trial Court below had committed an error in holding that the prosecution sanction under Section 19 of the Prevention of Corruption Act is not required.

The Counsels pointed out that in the case of Pradip Baijal Vs. Union of India (SB Criminal Misc. Petition No.2993/2020) [the order of the Court has been discussed below], the High Court has already considered this argument and has granted interim order/protection to the petitioner therein, they submit that though petitioner's case is identical but requires a different order inasmuch as petitioner was not even named in the FIR.

They informed the court that the petitioner is a senior citizen (79 years); Writer and Editor; Ex-minister and is suffering from various age-related issues, thus, it was prayed that he be granted complete exemption from appearance before the Trial Court.

Arun Shourie himself appeared online and highlighted his predicament(s) that because of his age, his wife's ailments and a child, who require his care, he would find it difficult to appear before the Court, particularly in the present scenario.

He requested the Court to grant complete exemption from appearance.

Addl. Solicitor General, Raju, appearing for the CBI submitted that the petitioner's prayer of exemption be acceded to, while practically conceding that the order of the Special Judge, CBI is not in conformity with the law.

He emphasized that the CBI was reiterating its stand that no irregularity had been committed and the very order of taking cognizance is not proper.

The Court remarked that it was not persuaded to pass an order different than the one, which has been passed in Pradip Baijal's case (supra) at this stage.

However, considering the age and family circumstances of the petitioner, a small indulgence of appearing any time by 15.10.2020 was granted to him.

1- The Petitioner (Arun Shourie) shall not be arrested in pursuance of the arrest warrant issued in relation to the impugned order dated 15.09.2020 passed by learned Special Judge, CBI Cases, Jodhpur;

3- The Petitioner (Arun Shourie) shall not leave India without prior permission of the Court. 8. List on 15.10.2020 for consideration of stay application.

Senior Counsel Mukul Rohatgi, appearing for the petitioner (Pradip Baijal), submitted that the petitioner is a retired civil servant (I.A.S. Officer) and was Secretary, Department of Disinvestment, Ministry of Finance between 2000 and 2003 (when disinvestment of Laxmi Vilas Hotel, Udaipur took place).

He submited that provisions of Section 19 of the Prevention of Corruption Act, 1998, regarding sanction of the Central Government, equally applies to a retired Government employee, particularly after its amendment w.e.f. 26.10.2018.

The Counsel argued that since the Court below had taken cognizance of the offence on 15.09.2020, the law in vogue on the date of taking such cognizance will prevail and not the provisions as they existed (in the year 2001) when the offence in question is alleged to have been committed.

Further, it was asserted that prior to taking cognizance against the petitioner (Pradip Baijal), who is a retired civil servant, no prior sanction of the Central Government was obtained and the order impugned is, thus, fundamentally void and without jurisdiction.

While echoing the arguments of Senior Counsel Harish Salve, that the learned Court below was not justified in issuing an arrest warrant to the petitioner, the Senior Counsel Rohatgi submitted that petitioner, a respected law-abiding senior citizen, would cooperate in the trial, albeit without prejudice to his rights flowing from present petition

In view of the detailed reasons indicated in the order of even date, passed in S.B. Criminal Revision Petition No.663/2020 (Jyotsana Suri Vs. Union of India) and considering the submissions noted above, the petitioner (Pradip Baijal) was given interim protection from arrest in the Case by the Rajasthan High Court.

It was directed by the Court that the petitioner (Pradip Baijal) shall not be arrested in pursuance of the arrest warrant issued in relation to the impugned order dated 15.09.2020 passed by learned Special Judge, CBI Cases, Jodhpur;

Also, it was directed that the petitioner (Pradip Baijal) shall appear before the Court below on 08.10.2020 and furnish a personal bond of Rs.2 lacs and two sureties of Rs.1 lac each.

The petitioner was permitted to appear before the Court below along with his counsel.

"This Court is constrained to observe that the Court below has not recorded any reason worth the name before resorting to the extreme mode of securing the presence of an accused - issuing an arrest warrant. The issuance of a warrant of arrest becomes all the more serious, when the petitioner was not put to any notice of the pending proceedings."

The Bench had further observed,

"While issuing an arrest warrant, the Court below has not recorded any finding as to why petitioner's custodial interrogation is required, particularly when all the relevant documents are on the record of the Court below and the transaction dates back to the year 2001, when she was not at the helm of affairs of the Company."

It may be noted that a special court at Jodhpur had asked the CBI on 16th September to file cases against former Union minister Arun Shourie and the then disinvestment secretary Pradip Baijal over the sale of an ITDC hotel, allegedly at a loss of Rs 244 crore to the exchequer.

The CBI court had also directed the filing of cases against three others associated with the sale two decades back of Laxmi Vilas Palace Hotel in Udaipur, during the term of the Atal Bihari Vajpayee-led National Democratic Alliance government at the Centre.

The court had also observed that the investigating officer had accepted in the probe that Laxmi Vilas Hotel was undervalued, and he should have presented a charge-sheet.

The court ordered that a criminal case be registered against Shourie and the others. It had also summoned the accused via arrest warrants.