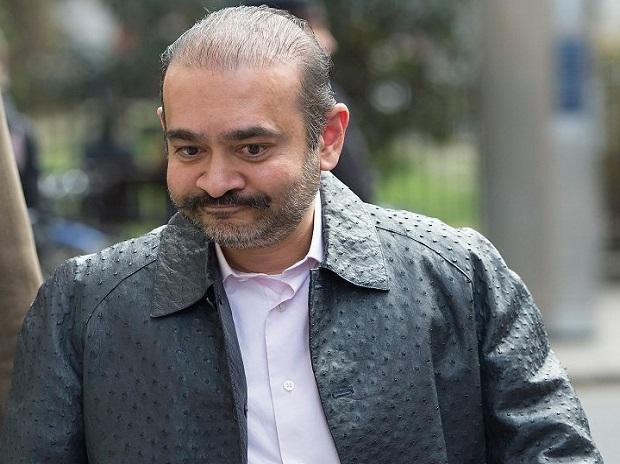 Fugitive diamond merchant Nirav Modi, wanted by India for PNB bank fraud case,  has been denied bail by a court in United Kingdom for the second time, reports the Economic Times.

"Strongly opposing grant of bail to fugitive diamond merchant Nirav Modi, the Crown Prosecution Service (CPS) today told the UK Court that Nirav had threatened a former employee, a witness in the bank fraud case, with dire consequences if he revealed any information", said the ET report.The Prosecution added that the diamond merchant was a man of considerable means and had an "overwhelming desire to flee".

The prosecution claimed that Modi had allegedly kept 12 Directors of his companies in "captivity" in Cairo threatening them to not disclose anything against the fraud committed by him. The Prosecution also claimed that Modi had initially offered two million rupees to the witness, Ashish, a director of one of group companies owned by Modi. When the witness refused to accept the money, the prosecution alleged, Modi threatened to kill him.

It was on March 20 that he was arrested in London. On that day, District Judge Marie Mallon remanded him to custody till March 29, saying that there were "substantial grounds to believe that he would fail to surrender if granted bail".

The 48 year old diamond merchant had offered half a million pounds as bail bond. But the judge turned it down "given the high value of funds and access to means to escape"

The Westminster Court, London had issued a provisional arrest warrant against the diamond trader who is allegedly responsible for the Rs.13,000 crore Punjab National Bank scam.

Earlier, Enforcement Directorate (India) had registered a case against Modi and others under the Provisions of Money Laundering Act after CBI registered an FIR against him under Sections 120-B r/w 420 of IPC read with Section 13(2) read with 13(1)(d) of Prevention of Corruption Act, 1988.

According to ED and the CBI, Nirav Modi and his uncle Mehul Choksi, in connivance with officials of PNB managed to get fraudulent Letters of Understanding issued without following the due process causing a massive loss to the bank