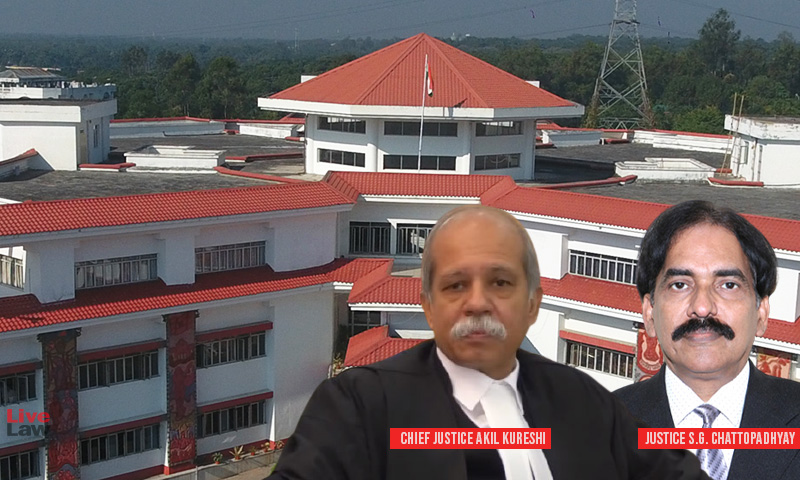 In a notable judgment, the Tripura High Court recently upheld the claim of 13 casual workers for regularization in government employment.A division bench comprising Chief Justice Akil Kureshi and Justice SG Chattopadhyay directed the Tripura Government to constitute a committee to consider the claim of the petitioners for regularization.The bench ordered that the employees fulfilling...

In a notable judgment, the Tripura High Court recently upheld the claim of 13 casual workers for regularization in government employment.

A division bench comprising Chief Justice Akil Kureshi and Justice SG Chattopadhyay directed the Tripura Government to constitute a committee to consider the claim of the petitioners for regularization.

The bench ordered that the employees fulfilling the following conditions should be regularized.

(i)Those petitioners who held necessary educational qualifications at the time of their initial engagement;

(ii) They had completed more than 10 years of engagement before the High Court for the first time granted them protection against termination.

The bench observed that the 2006 judgment of the Supreme Court in Secretary, State of Karnataka v Umadevi(3) and others, (2006) 4 SCC 1, cannot be seen as providing a rigid cut-off.

In the Umadevi case, a Constitution Bench of the Supreme Court, while declaring that casual workers or those appointed on daily-wage basis have no vested right to seek regularization in employment, had allowed the regularization of such workers who had been working for ten years or more as a one time measure.

Relying on this direction, the State argued that no casual worker can be regularized after the date of the Umadevi judgment, April 4, 2006. This argument was rejected by the bench referring to certain Supreme Court decisions which were delivered after the Umadevi casei. Referring to SC decisions in Narendra Kumar Tiwari and others vrs. State of Jharkhand and others reported in (2018) 8 SCC 238, State of Karnataka and others vrs. M.L. Kesari and others (2010) 9 SCC 247, Amarkant Rai vrs. State of Bihar (2015) 8 SCC 265, the High Court observed :

"Culmination of the above decisions would be that the directions in case of Umadevi(supra) cannot be seen as providing a rigid cut-off date for applying the principle of 10 years of completion of engagement without Court intervention. Any such argument would give a complete license to the State and its authorities to continue to engage persons on casual basis and to refuse to recognize any of their rights even after decades of such engagement by citing the cut-off date referred to by the Supreme Court in case of Umadevi(supra)", the judgment authored by CJ Kureshi observed.

The Court also termed the stance of the State contradictory, as it continued to make casual engagements even 10 years after the Umadevi judgment.

"Even those who may not qualify for regularization, cannot be disengaged after eliciting work from them for years together by citing a change in policy that henceforth such work would be outsourced. It may be open for the State to outsource some of its tasks but not by disengaging persons engaged since long and that too when the vacancies against which such engagements were made are still continued"

The High Court further observed that it was not be open for the State to continue to pay fixed wages to these workers for decades together when :

(i) their engagement was against sanctioned posts;

(ii) they have been continued for long period of time;

(iii) they fulfill the educational qualifications prescribed for the post;

(iv) the work is perennial in nature;

(vi) they are doing the same work which regular staff members are doing.

"They may not be equated with regular Government servants for the purpose of pay and allowances, nevertheless on the principle of "equal pay for equal work" as elaborately explained in case of State of Punjab and others vrs. Jagjit Singh and others reported in (2017) 1 SCC 148, they must get wages of course on daily basis, on the minimum of the scales prescribed for the post in question minus other allowances", the Court observed.

The Court also made the following observations :

(a) None of the petitioners shall be disengaged for outsourcing the work. However, it would be open for the department to make appointments on regular basis upon which the concerned petitioners, if not qualified for regularization shall have to vacate the place. It may also be open for the department to abolish the posts and in such eventuality disengagement can take place by following the principle of last come first go.

(b) Till any of these petitioners are regularized and till those petitioners who do not qualify for regularization but continue to be engaged in the same capacity, they shall be paid daily wages at the minimum scale of pay prescribed for the post in question without attendant allowances.

(c)The revised wages shall be paid from the date of the judgment.

(d) The exercise for regularization shall be completed within six months from the date of judgment.

In a related development, the Kerala High Court had recently declared certain orders issued by the Kerala Government and bodies under it to regularize temporary employees as illegal for being against the Umadevi judgment.