Breaking: UP Ordinance On Recovery Of Damages Challenged In Allahabad HC [Read Petition] 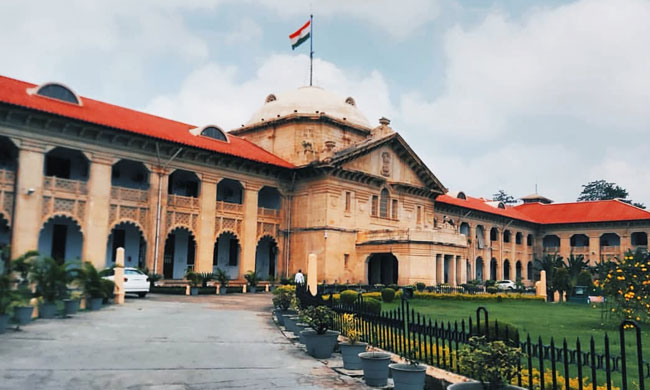 A Public Interest Litigation petition has been filed in the Allahabad High Court challenging the constitutional validity of the recently promulgated Uttar Pradesh Recovery of Damages to Public and Private Properties Act 2020.

The petition filed by Advocate Shashank Shri Tripathi states that the Ordinance is a "mischief played on the Constitution".

The Ordinance provides for the constitution of quasi-judicial bodies to assess damages to public and private properties caused during public protests and to recover the same from the protesters.

It was promulgated on March 15, after the Allahabad HC came down on the UP administration for erecting banners in public places displaying the names, photographs and addresses of persons accused of committing violence during anti-CAA protests. According to the petitioner, the Ordinance is an attempt to give post-facto validity to the recovery notices issued by adjudicating authorities to anti-CAA protesters.

"To evade from justifying itself from court of law, by passing such ordinance, the State has played mischief upon the Constitution", the petition states.

The petition, which seeks to declare the Ordinance ultra-vires and to stay its operation in the interim, is listed before the bench comprising Chief Justice Govind Mathur and Justice Ajit Kumar on March 18.

On March 9, in a suo moto case taken by the Allahabad HC, a bench headed by CJ Govind Mathur ordered the "forthwith" removal of all banners and hoardings displaying the identities of anti-CAA protesters alleged of committing violence. The Court held that the action of the UP administration was not supported by any enacted law, and observed that the same amounted to "unwarranted interference in privacy".

The UP government challenged the order in the Supreme Court by filing SLP. On March 12, a vacation bench comprising Justices U U Lalit and Aniruddha Bose referred the matter to a larger bench to be heard this week, after orally remarking that the State's action had no support of law.