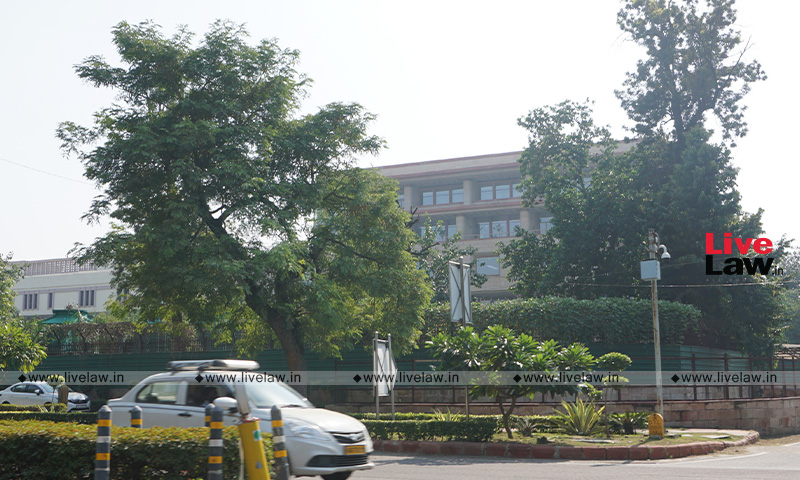 The Delhi High Court on Wednesday issued notice on the pleas filed by real estate barons Sushil Ansal and Gopal Ansal challenging a trial court order which had refused to suspend the 7 years jail term awarded to them in the evidence tampering case in connection with the Uphaar fire tragedy that happened in the year 1997.Justice Subramonium Prasad posted the matter for January 6, 2022 for...

The Delhi High Court on Wednesday issued notice on the pleas filed by real estate barons Sushil Ansal and Gopal Ansal challenging a trial court order which had refused to suspend the 7 years jail term awarded to them in the evidence tampering case in connection with the Uphaar fire tragedy that happened in the year 1997.

The Ansals have challenged the order passed by Additional Sessions Judge Anil Antil dated December 3, 2021 who had observed that the offence was an outcome of a calculated design on the part of Ansals to interfere with the course of justice.

The Trial Court was also of the view that age by itself cannot be the sole criteria to grant relief to the appellants when they were involved into the procrastinated trial of the case.

Senior Advocate Mukul Rohatgi appearing for the Ansals argued before the Court that the impugned order suffered from complete legal infirmities and illegalities.

He placed reliance on the offence under sec. 201 of IPC which talks about causing disappearance of evidence.

Rohatgi argued that the punishment could not have been exceeded the maximum that can be awarded under sec. 201. He submitted that sec. 201 takes colour of the main offence which in the present matter could only have been for 6 months. He further argued thus:

"The point is if I am convicted of sec. 201 which is the substantive offence of 6 months, can by a process of conspiracy, I be convicted for 7 years?' he submitted.

While issuing notice on the pleas, the Court order sought medical report of both the petitioners after the issue of their medical health was pointed out by the counsels.

Directing that the pleadings be completed in the matter within 15 days, the Court posted the matter for hearing on January 6.

CMM Pankaj Sharma had passed the order on sentencing after the Ansals and others were convicted under Sections 201 (tampering of evidence), 120B (criminal conspiracy) and 409 (criminal breach of trust by public servant) of the Indian Penal Code on October 8.

The Court also held a former court staff and other individuals guilty in the matter. It also imposed a fine of Rs. 3 lacs each on others namely Dinesh Chandra Sharma, Prem Prakash Batra and Anoop Singh.

The Court had said that the manner in which process of law was subjected to desecration by accused persons is no less than defiling the justice administration system.

"The high handedness of the accused persons for securing benefit in the trial sans documents by any means demonstrate the scant regard which they have for the justice delivery system which is the bedrock of our democracy. The brazen attitude of the accused persons is reflective from their conduct as after destruction of evidence they vehemently opposed the prosecution plea for adducing secondary evidence. They left no stone unturned to prevent advent of secondary evidence," the Court had said.

The matter pertains to the tampering of evidence in connection with the fire tragedy case wherein the Ansals were convicted and sentenced by the Supreme Court.

Most people died in the ensuing stampede or were asphyxiated as the escape routes were blocked by illegally fixed chairs. The trial court had sentenced the duo to two years' rigorous imprisonment in November 2007.