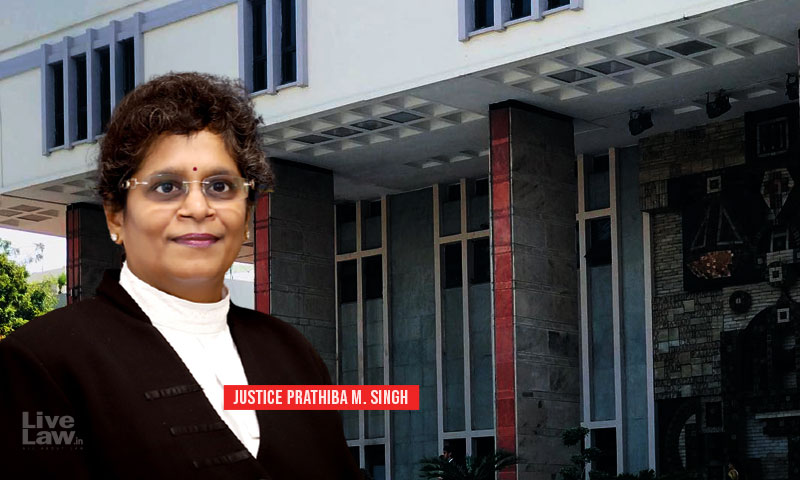 The Delhi High Court has observed that urgent interim relief including at ex-parte and ad-interim stage is extremely important in intellectual property rights cases as they not only involve interest of parties to the case but also the consumers of products and services in question.Justice Pratibha M Singh further added that such reliefs are granted by Courts not merely for protection of...

The Delhi High Court has observed that urgent interim relief including at ex-parte and ad-interim stage is extremely important in intellectual property rights cases as they not only involve interest of parties to the case but also the consumers of products and services in question.

Justice Pratibha M Singh further added that such reliefs are granted by Courts not merely for protection of statutory and common law rights, but also in order to avoid confusion, deception, unfair and fraudulent practices in the marketplace.

"Intellectual property cases relate to a wide gamut of businesses such as - medicines, FMCG, food products, financial services, technology, creative works such as books, films, music, etc. Recent trends also point towards large scale misuse on the internet. In some cases, due to misuse of known marks and brands, the consumers are being duped into parting with large sums of money. The rights of the parties are affected almost on a daily basis as there is continuous manufacturing, selling, and offering of services or goods to the customers," the Court added.

The development ensued in a suit filed by Bolt Technology seeking permanent injunction against Ujoy Technology for allegedly using the identical mark 'BOLT' along with the logo, in relation to an identical business of provision of charging points for EVs.

An application was filed on behalf of Bolt Technology seeking exemption from instituting pre-litigation mediation, in accordance with sec. 12A of the Commercial Courts Act, 2015.

The Court also noted that while Bolt suggested an amicable resolution of the dispute, the Defendants had termed the legal notice as a "frivolous notice".

"The Defendants also claimed that they were being "harassed without verification of facts". The ultimate icing was that the demand of compensation of Rs.5 crores, along with legal costs of Rs.75,000/- from the Plaintiff," the Court said.

It added "A perusal of the correspondence, extracted hereinabove, leaves no doubt in the mind of the Court that the Defendants were in no way interested in an amicable resolution of the dispute. Instead, the hand of mediation which was lent by the Plaintiff was met with a tight slap. The Defendant's conduct clearly is not in the spirit of any amicable resolution – let alone mediation. Hence, the requirement of Section 12A of the CCA duly stands satisfied on both counts."

While the Court was yet to consider the application seeking interim injunction on merits, however, noting the Defendants stand of being willing to explore an amicable resolution of the dispute, the matter was referred to Delhi High Court Mediation and Conciliation Centre.

"Accordingly, Mr. Sudhanshu Batra, Senior Advocate is appointed as the ld. Mediator. Parties to appear before the Delhi High Court Mediation Centre either virtually or physically, subject to convenience of all concerned. It shall be ensured that competent officials on behalf of the Plaintiff and the Defendants shall be present in the mediation proceedings," the Court directed.

The matter has now been listed on 12th September for reporting the outcome of mediation or for hearing of the application seeking urgent relief.