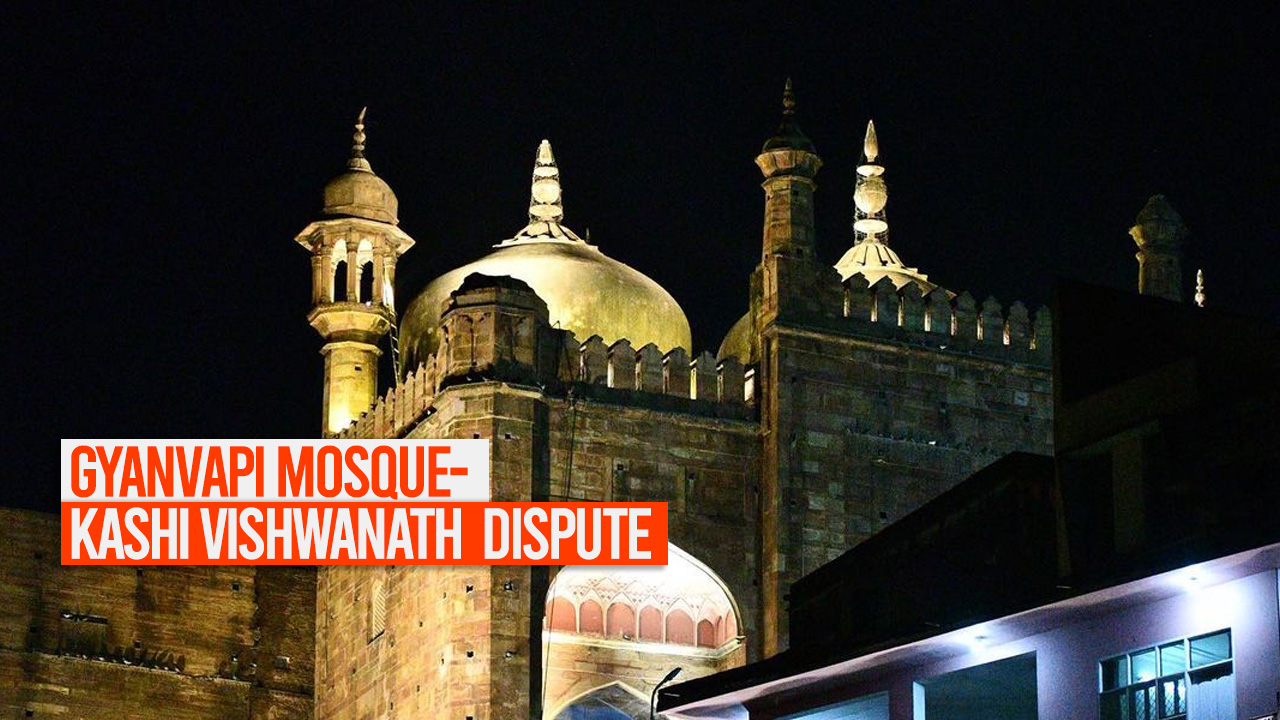 A Varanasi Court today DISMISSED an application of the Anjuman Masjid Committee (which manages the Gyanvapi Mosque in Varanasi) filed under Order 7 Rule 11 CPC challenging the maintainability of a title suit praying to hand over the possession of the Gyanvapi Mosque premises to Lord Vishweshwar Virajman (Swayambhu) and others.

Dismissing the O7R11 CPC Plea, the Fast Track Court of Civil judge (senior division) Mahendra Kumar Pandey posted the case for further hearing on December 2, 2022. The Court had reserved the judgment on the matter on October 27.

It may be noted that the suit has been filed by Lord Vishweshwar Virajman (Swayambhu) through their next-friend Kiran Singh, who is the international general secretary of Vishwa Vedic Sanatan Sangh.

The suit prays that the possession of the entire Gyanvapi complex be handed over to the Hindus and the plaintiffs be allowed to offer their prayers to Swayambhu Jyotirlinga Bhagwan Vishweshwar and worship the 'Shiva Linga' reportedly found inside the Mosque premises on May 16.

It is important to note that this is a different suit not connected with another suit pending before the Varanasi Court filed by 5 Hindu women worshippers seeking all-year-round rights to pray inside the Gyanvapi Mosque premises. Advocates Shivam Gaur, Anupam Dwivedi, and Man Bahadur Singh are representing the petitioners.

As their suit was admitted by the Court, out of five Hindu women (plaintiffs) in the main suit, 4 women moved a plea before the Varanasi Court in September 2022, seeking a scientific investigation of the Shiva Linga allegedly found inside the Gyanvapi Mosque premises.

However, the Varanasi Court rejected the plea for a scientific investigation of the 'Shiva Linga' on October 14 taking into account the Supreme Court's May 17 order to protect the spot where the "Shiva Linga" was claimed to have been found during the survey of the Gyanvapi mosque.

"If Carbon Dating or Ground Penetrating Radar is permitted and if any damage is caused to the 'Shiva Linga' then it would be a violation of the Supreme Court order to protect it and it might also hurt the religious sentiments of the general public," remarked the Varanasi Court while dismissing HIndu worshippers' plea.

Pursuant to this, a revision plea was moved against that order before the Allahabad High Court praying that the ASI be directed to conduct a scientific probe of the 'Shiva Linga' through the methods of Carbon Dating, Ground Penetrating Radar (GPR), and Excavation. The Revisionists further seek a direction to the ASI to give its opinion through the issue of a Commission for scientific investigation to determine the age, nature, and other constituents of the Shivlingam, employing the abovementioned methods.

Admitting this very plea recently, the High Court issued a notice to the Archaeological Survey Of India (ASI) and also sought an opinion of the Director General of the ASI as to whether a safe evaluation of the age of the 'Shiva Linga', purportedly found inside the Gyanvapi Mosque complex, can be done.

The High Court also directed the Varanasi Court to fix a date in the main suit in the dispute [where five Hindu women (plaintiffs) have sought all year-round worshipping rights of Shringar Guar inside the Gyanvapi Mosque compound] in the first week of December 2022.

It may be noted that the Anjuman Masjid committee (which manages the Gyanvapi Mosque) has been calling the structure found inside the mosque premises in question as a 'Fauwara/Fountain'.