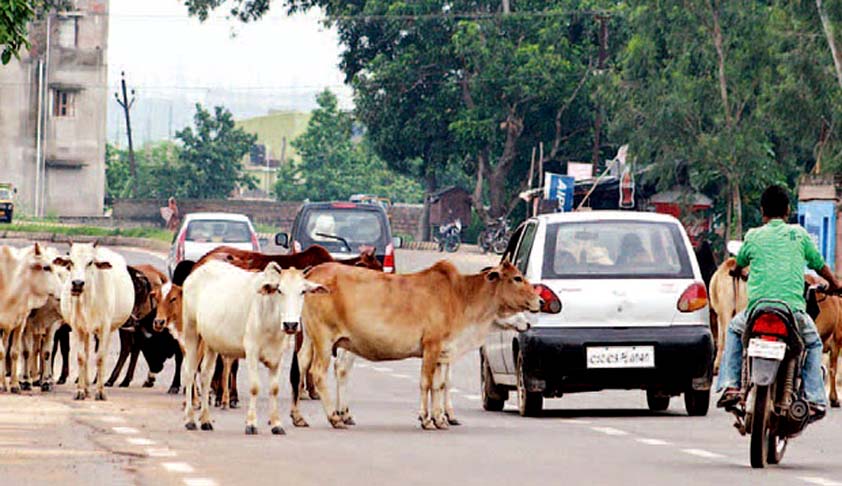 The Allahabad High Court has directed the Municipal Corporations of Varanasi and Meerut to make the entire city stray cattle free by February 5.

The court was hearing three petitions highlighting the problems being faced by the residents of Varanasi and Meerut due to "uncontrolled movement" of stray cattle and dogs in the area.

Taking note of the submissions, the court noted that even though directions have been issued in this regard to the district administration of Varanasi and Meerut, they haven't been of any consequence.

It further pointed out that while bye-laws are in place for operation of dairies, most dairies in the town have been operating in contravention of such norms. Placing the responsibility squarely on the local administration, it then observed,

"The local administration of the respective towns are under obligation to address such public nuisance by taking appropriate steps."

If any, cattle is caught by the team of Municipal Corporation and anyone claims for its ownership then the same shall be returned only after imposing fine for turning out the cattle on road and that too after availing an undertaking that the cattle shall be kept outside the municipal limits of the town concerned.

The Municipal Corporation, Varanasi as well as Municipal Corporation, Meerut shall identify all the dairies unauthorizely operating in the towns concerned. Such list shall be forwarded to the District Magistrates of the town concerned and the District Magistrates shall initiate necessary penal proceedings against such dairies under relevant Rules/norms for their violation.

Necessary steps shall also be taken by the Municipal Corporations concerned for removal of stray dogs from the roads and for their relocation to shelter.

The District Magistrates shall also make a complete plan for shifting the dairies outside the municipal area within a period of two month from today and shall forward the same to the State Government. The State Government shall finalize the entire scheme at earliest as far as possible within a period of one month from the date of receipt of the proposals by the District Magistrates concerned.

The cattle which are permitted to be kept in the town area shall have a tag number tied around their necks. The tag number should be indicative of the name and address of the person to whom the animal belong. The details of such animals shall also required to be registered by the corporation.

The competent authorities of the Municipal Corporations of Varanasi and Meerut have been directed to file a compliance report on or before March 8, which is when the petition has been listed next.