'Vasundhra' A Common Name In India, No Exclusive Right Can Be Granted: Delhi HC on Jewellery Brand's Case Against Gujarati Businessman 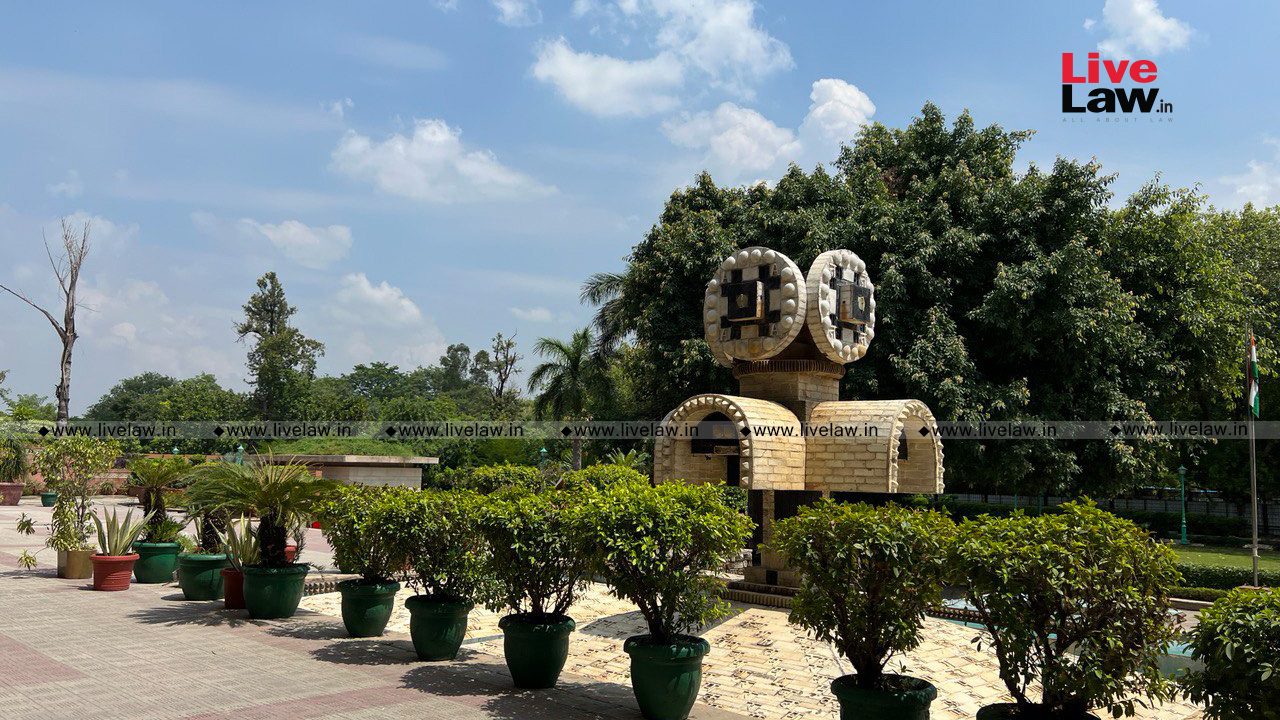 Refusing to grant an ad-interim injunction in favour of a known Delhi-based jewellery showroom, the Delhi High Court Wednesday said 'Vasundhra' is a common name in India and an exclusive right to use the same cannot be granted. The court made the observation in an order passed on an application filed by Vasundhra Jewellers, which has a showroom in Pitampura. The company owning the showroom...

Refusing to grant an ad-interim injunction in favour of a known Delhi-based jewellery showroom, the Delhi High Court Wednesday said 'Vasundhra' is a common name in India and an exclusive right to use the same cannot be granted.

The court made the observation in an order passed on an application filed by Vasundhra Jewellers, which has a showroom in Pitampura. The company owning the showroom has filed a suit against a Gujarati businessman, who manufactures garments under the name 'Vasundhra Fashion', and sought directions to restrain him from using the mark similar to its trademark - 'Vasundhra Marks'

Justice Navin Chawla at the outset noted that marks of the plaintiff have been duly registered but all of them are 'device marks' and it does not hold any registration in the word 'Vasundhra'.

The bench further said the goods of the plaintiff and defendant are not identical but can be said to be "remotely cognate to each other". However, it said when compared as a whole, the two marks may be phonetically identical but they are visually different as plaintiff's mark has a symbol 'V' along with the word 'Vasundhra' while the defendant has a picture of a leaf along with the word 'Vasundhra Fashion'.

"It would also have to be considered that the plaintiff has only one store at Delhi, while the defendant no.1 herein claims to have two manufacturing units, four warehouses, and seven offline stores. Its goods are available also online at Flipkart and Meesho, where the plaintiff is not present," said the court.

"As the plaintiff is dealing in jewellery, its turnover may sound enormous, but that alone may not be sufficient to, at least at this stage, presume that the mark has obtained such reputation and goodwill so as to be associated only with the plaintiff and for even other goods," said the court.

The court said the plaintiff has not been able to make out a prima facie case for grant of prohibitory injunction as the registration and use of the mark of the plaintiff is in a device of it.

On the aspect of turnover by the parties, the court further said, "Merely because the plaintiff deals in jewellery items, which by themselves are more costly thereby resulting in a higher turnover for the plaintiff, will not give a better right to the plaintiff over an otherwise common name in India."

Vasundhra Jewellers earlier argued that it has engaged the services of popular Indian celebrities including Prachi Desai and Shweta Tewari and invested an enormous amount of money and effort in building the brand identity.

"The goods of the plaintiff are regularly showcased at various fashion events and most recently in March 2022 in the 'FDCI X Lakme Fashion Week' (hereinafter referred to as 'Fashion Week'), where the actress Ms. Jahnvi Kapoor was the showstopper for the fashion designer Punit Balana, in which she wore the jewellery of the plaintiff," its application before the court said.

The defendant Kirat Vinodbhai Jadvani through his counsel submitted that 80 percent of his business is not only B2B but also confined to the State of Gujarat. It was also argued the plaintiff cannot claim any exclusive right to the word 'Vasundhra', which is a common name in India, and especially in the State of Gujarat.