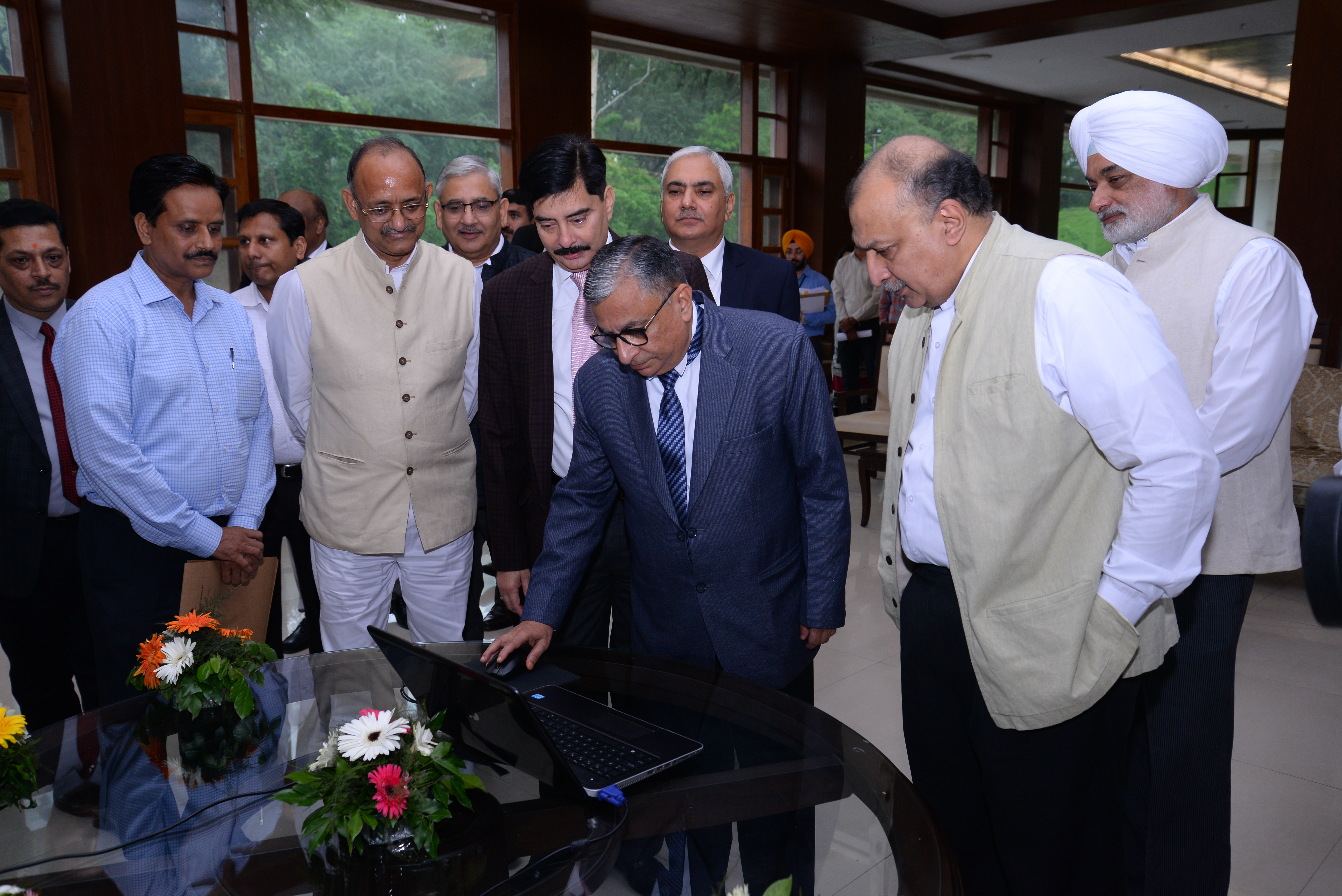 " Footfalls in the courts will be reduced considerably as accused need not visit the court for pleading guilty", said HC

A 'Virtual Court', aimed at eliminating presence of litigant in the Court and adjudication of the case online, has been launched in Faridabad.

The Chief Justice of Punjab & Haryana High Court, Justice Krishna Murari, launched first Virtual Court, which would be dealing with traffic challan cases of the entire State of Haryana, at Faridabad through video conference.

Under this project, the cases received in the Virtual Court can be viewed by the Judge along with automatic computation of fines on the screen. Once the summons is generated and accused gets information on eMail or SMS, accused can visit the Virtual Court web site and search the Case by giving CNR Number of the case or Name of the Accused, or even by Driving License Number etc. Once the accused pleads guilty online, fine amount will be displayed and accused may proceed to pay the fine. On successful payment and realization of fine amount, the case may be automatically disposed of. When the accused does not plead guilty, such cases are remanded to the Regular Courts with the respective territorial jurisdiction.

"Virtual Court will reduce the burden on regular Courts. The entire process of disposal will happen online in hours. Footfalls in the courts will be reduced considerably as accused need not visit the court for pleading guilty.", the Asst. Registrar of the High Court said in a press release.