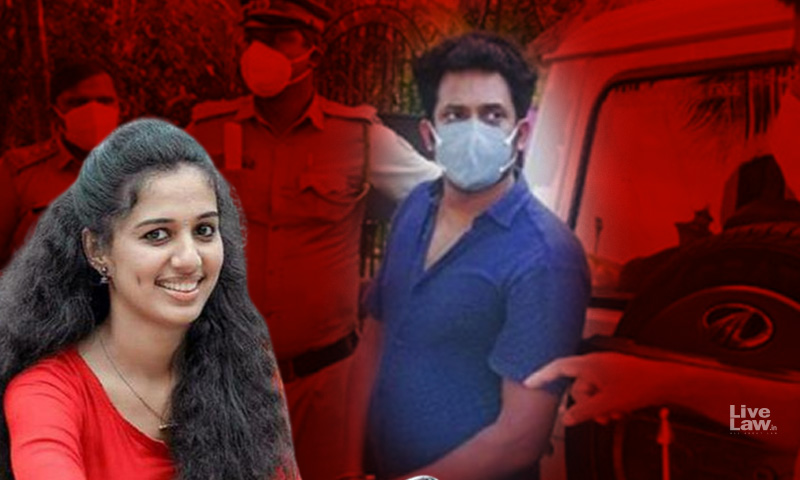 A trial court in Kerala on Tuesday pronounced the sentence in the sensational dowry death case where 22-year-old Vismaya V Nair was found dead at her in-laws' house allegedly of suicide due to dowry harassment and domestic violence in June 2021.

Kollam Additional District and Sessions Judge Sujith KN sentenced the husband Kiran Kumar to ten years imprisonment and a fine of ₹12.5 lakh. Yesterday, he had convicted Kumar for charges under Sections 498A (subjecting a woman to cruelty for dowry), 306 (abetment of suicide) and 304B (dowry death) among others of the Indian Penal Code.

Kumar was sentenced to 10 years in jail for the 304B offence and six and two-year terms for Senctions 306 and 298A offences respectively. All sentences will run concurrently.

During the course of the trial, a total of 42 witnesses, 108 documents and several call records were examined by the court. A 507-page charge sheet was submitted by the police indicating that Vismaya had committed suicide due to dowry harassment.

The prosecution case was fortified after a voice recording, purportedly belonging to Vismaya surfaced a day before the verdict. The audio clip is a phone call between Vismaya and her father where she is heard crying and complaining about the harassment, thereby revealing that she was subjected to severe torture by her husband.

Advocate G. Mohanraj was the special public prosecutor (SPP) in the case.

In an incident that shook the State last year, Vismaya, an Ayurveda medical student was found dead in her matrimonial home under mysterious circumstances after she had complained of dowry harassment.

The death happened within a year of their marriage and her husband was thereby arrested a day after the incident came to light. Kiran Kumar, who was an assistant motor vehicle inspector, was also dismissed from service following her death. He was under judicial custody for over a year, and his bail petition was rejected multiple times before he was released.

Several circumstantial pieces of evidence crucial to proving the guilt of her husband were found in the matter. The audio messages she had sent with regard to the torture she had faced at her husband's hands acted as major digital evidence in the charge sheet.

A day before the incident, Vismaya had also sent WhatsApp messages to her relatives over the alleged harassment by Kumar over dowry, along with photos of wounds and marks on her body.

Thereafter, the Sooranadu police registered a case for dowry death and matrimonial cruelty on a complaint filed by Vismaya's parents. The incident had gained massive publicity across the State with prominent personalities coming to the fore condemning the practice of dowry.

The applicant had moved a bail application last year on the contention that a minor family dispute was blown out of proportion. He had also argued that going by the inquest report, the only bodily injury found on the victim's body was a minor scratch on her wrist. However, the Kerala High Court rejected the bail application observing that he had been charged with a grave crime of dowry death, which is a social evil.

However, he was granted bail by the Supreme Court in March 2022 finding that the trial in the case was set to be done.