Senior Adv. Vivek Tankha Writes To President About 'One Man Govt Without Cabinet' In MP Amid COVID19; Seeks Presidential Rule 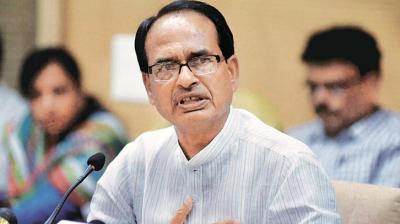 Rajya Sabha MP and Senior Advocate Vivek Tankha has written a letter to the President of India Shri Ram Nath Kovind regarding the "unconstitutional" governance of Madhya Pradesh without a Cabinet at a time when the pandemic is leading to constant daily deaths in the State.

Mr. Tankha highlights the fact that a one-man government is functioning in Madhya Pradesh, without a Cabinet and "in today's situation, the State doesn't have the benefit of an accountable Cabinet, much less a Health Minister. Madhya Pradesh deserves to be governed by a Cabinet".

Article 163 of the Constitution of India mandates that a Council of Ministers along with the Chief Minister is required to aid and advise the Governor. Additionally, the Chief Minister of Madhya Pradesh was sworn amidst lockdown in Bhopal on March 23rd, without a Cabinet.

"A government of a sole CM i.e. one-man government without a Cabinet is an unthinkable constitutional anathema. The souls of great Dr. Ambedkar – whose jayanti falls on April 14 – and our founding fathers would be in tears in the perpetuation of this constitutional travesty".

The letter goes on to underscore the dire situation in the State in wake of the COVID-19 pandemic, with Indore being declared as a hotspot. Additionally, Bhopal is suffering from administrative collapse of the Health department with 45 plus IAS and other officials having tested positive.

By emphasising on the need for Madhya Pradesh to be governed by a Cabinet, Mr. Tankha has provided an alternative suggestion that if the Chief Minister is unable to form his Cabinet because of issues beyond his control, then this will be a case of breakdown of constitutional machinery, warranting the Union to consider the imposition of President's Rule in the State.

"This is a humble appeal by a voter, a citizen of Madhya Pradesh, a responsible lawyer and a Member of Parliament Rajya Sabha to the highest constitutional authority and the ultimate protector of citizens' rights i.e. President of India to safeguard the rights, privileges and lives of 7.5 crore people of Madhya Pradesh".

The Government under BJP leader Shivraj Singh Chouhan took oath on March 23, following the fall of Kamal Nath Government due to loss of majority in house caused by resignations by 22 Congress MLAs.

These political developments happened after the Jyotiradithya Scindia left Congress to join BJP.

Madhya Pradesh has 435 reported COVID19 cases till date, with 176 cases reported on Saturday itself.