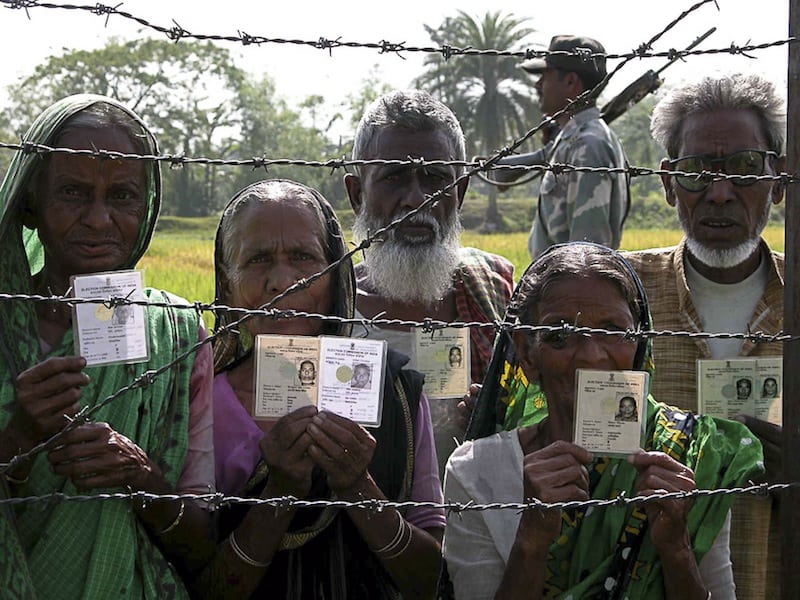 The Additional Chief Metropolitan Magistrate, Esplanade Court in Mumbai recently acquitted two persons accused of being 'Bangladeshi Infiltrators' by Mumbai Police.The Court held that an election card or voter ID is sufficient proof of citizenship as a person has to file declaration with the concerned authority in view of Form 6 of Representation of the People Act, that he is citizen of India...

The Court held that an election card or voter ID is sufficient proof of citizenship as a person has to file declaration with the concerned authority in view of Form 6 of Representation of the People Act, that he is citizen of India and if the declaration is found false, he is liable for punishment.

ACMM AH Kashikar acquitted Abbas Shaikh and his wife Rabiya Khatoon Sahikh who were chargesheeted for breach of condition, of Rule 3 punishable under Rule 6 of the Passport (Entry into India) Rules, 1950, and under Para 3(1) of the Foreigners Order, 1948 punishable U/Sec. 14 of the Foreigners Act, 1946.

The police told the Court that the case was taken on the basis of "secret information" received in March 2017 that some "Bangladeshi infiltrators" are residing in Ray Road, Mumbai.

It was further stated by the police that the probe showed that the accused persons had entered into India through unauthorized route without valid document of entry because of the poverty and starvation spread over in Bangladesh. They had no valid documents to prove Indian citizneship.

APP SC Lingayat argued that the prosecution has established a prima facie case against accused persons and that the burden lies upon the accused under Section 9 of the Foreigners Act, 1946 to establish that they are Indian citizens in the manner claimed by them.

First, the Court held that these are admissible in evidence, being documents issued by public authorities.

"It is pertinent to note Aadhar Card, PAN card, Election Card and Ration Card are the documents issued by the public authority and the same can be termed as a public document. They are admissible in evidence."

It was said in the judgment as follows :

" It is necessary to note that the aadhar card, PAN card, driving license or ration card cannot be termed as the documents proving the citizenship of any person in a sufficient manner as said documents are not meant for the purpose of citizenship. The birth certificate, domicile certificate, bonafide certificate, passport etc, can be relied upon to establish the origin of any person. Even the election card can be said to be sufficient proof of citizenship as while applying for the election card or voting card, a person has to file declaration with the authority in view of form 6 of Peoples Representation Act to the authority that he is citizen of India and if the declaration is found false, he is liable for punishment. To my mind such a declaration is sufficient to prove the citizenship unless contrary is proved by the prosecution. Here, it is visible that accused no. 2 and accused no. 3 have filed their original election cards on record. It is not the case of prosecution that the accused no. 2 and 3 have prepared fake documents.

Hence, I hold that original Election Cards of accused no. 2 and 3 are sufficient to prove their nationality as an Indian."

Recently, in the context of Assam-NRC and Assam Accord, the Guahati High Court held in two judgments that voter card, PAN Card, bank documents and land tax paying receipts would not prove citizenship.