Not Even A Single Person From Vulnerable Categories Should Be Left Out Of Either National Food Security Act Or SFSS: Orissa High Court 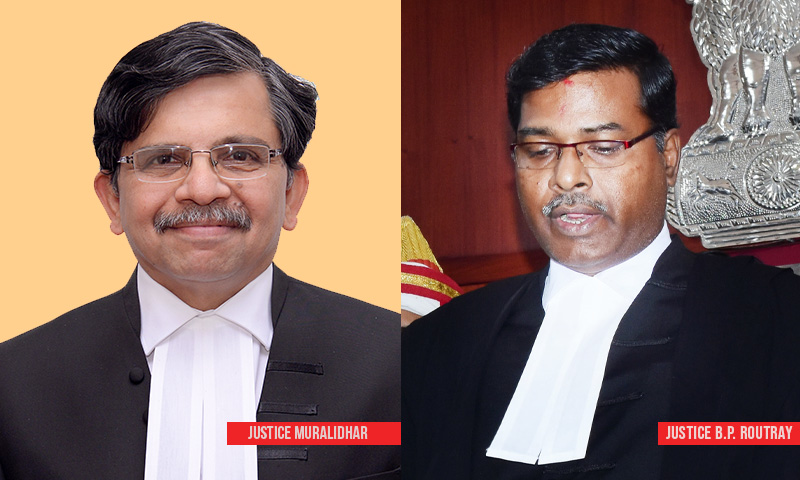 x
There cannot be any persons belonging to vulnerable categories in Odisha who are left out of either the NFSA (National Food Security Act) or the SFSS (State Food Security Scheme). A constant endeavor must be made to increase the coverage with every passing month: Orissa HC

Expressing dissatisfaction with the State Government's submission that that it has already covered 80% of the population under the targeted public distribution system (PDS), the Orissa High Court this week observed,

"There cannot be any persons belonging to vulnerable categories in Odisha who are left out of either the NFSA (National Food Security Act) or the SFSS (State Food Security Scheme). A constant endeavor must be made to increase the coverage with every passing month."

"It is not sufficient to state that the government has already covered 80 pc of the population under the PDS."

The Court was hearing the plea of a social activist, Prafulla Samantara's who sought special intervention by way of food security measures and foodgrains to non-ration cardholders in view of Covid-19 pandemic.

The State Government submitted before the Court that the Government of Odisha had introduced its own State Food Security Scheme (SFSS) from October 2018 onwards to cover the left out eligible non-cardholders, who were earlier outside the ambit of the NFSA (National Food Security Act).

It was also stated that as on 9th October 2020, 3, 53,000 such families comprising of 11,10,007 members having no ration card, were issued ration cards as well as food grain entitlements under the SFSS.

In was further submitted that between October 2020, and March 2021, the actual number of persons covered under the SFSS had increased by 56,000 and it was also informed that a large number of people were still left out from the ambit of either the NFSA or the SFSS.

At the outset, the Court observed that it was not clear whether among those who continued to remain left out from either the NFSA or the SFSS there are any belonging to the BPL and other vulnerable categories.

Referring to the directions of the Supreme Court in PUCL v. Union of India, the Court observed,

"No BPL person and no person belonging to any vulnerable group should be left out from the ambit of a State-sponsored food security scheme. It is therefore essential for the State of Odisha to ensure that there are mechanisms put in place even under the SFSS which is supposed to cover the gap under the NFSA, so that no BPL or vulnerable group person is left out."

Consequently, the Court directed the Commissioner-cum-Secretary to Government, F.S. and C.W. Department, Government of Odisha to inform the Court by an affidavit:-

The affidavit has been directed to be filed on or before 17th May, 2021 and the matter has been posted for further hearing on 20th May.