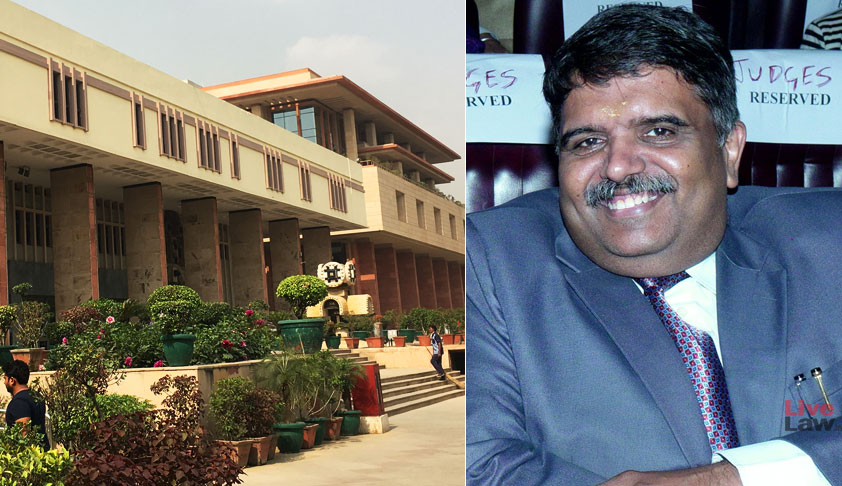 "Vyapam wounds are still raw and festering and do not promise to heal at any foreseeable distance of time" said the Delhi High Court as it refused to interfere with the order of the CBSE disaffiliating petitioner-school Mother Khazani Convent School in connection with the leak of Class XII Economics question paper last year, an incident that shook the entire nation with lakhs of students...

"Vyapam wounds are still raw and festering and do not promise to heal at any foreseeable distance of time" said the Delhi High Court as it refused to interfere with the order of the CBSE disaffiliating petitioner-school Mother Khazani Convent School in connection with the leak of Class XII Economics question paper last year, an incident that shook the entire nation with lakhs of students getting affected.

Vyapam scam refers to massive irregularities in various entrance examinations held by the Madhya Pradesh Professional Examination Board, also called Vyavasayik Pareeksha Mandal or Vyapam, for admission in professional courses like medical and state services such as food inspectors, teachers, constables etc., wherein many proxy candidates were arranged to appear for undeserving candidates and it involved several politicians and bigwigs.

When a whistleblower blew the lid off the scam, it caused a huge uproar and several persons named in the case or associated with it died under mysterious circumstances.

Justice C Hari Shankar made reference to the Vyapam scam while deciding the plea of Mother Khazani Convent School against the CBSE order.

However, the court granted a post-decisional (the May 9, 2018 decision of the CBSE to disaffiliate the school) hearing to the school before the CBSE for which the petitioner (Smt Khazani Devi Educational Society) would appear before the board on January 15 (Tuesday).

The court ordered that the CBSE shall consider all material placed before it by the petitioner and also consider the issue of whether the situation (paper leak) warranted its immediate disaffiliation.

Mother Khazani School, a private school in North West Delhi, was disaffiliated by the CBSE after investigations showed that two of its teachers had taken the photograph of the Class XII Economics paper on March 26, 2018, and sent it to a tutor at a coaching institute via WhatsApp.

On May 9, the CBSE issued the order withdrawing the provisional affiliation granted to the school, and disaffiliating it with immediate effect.

The school represented by senior advocate JP Singh and advocate Harsh K Sharma, founder of Prosoll Law Inc., argued that the order was totally unreasoned and did not consider its representation or the contentions.

The CBSE, represented by advocate Amit Bansal, on the other hand, contended that the report of the DCP clearly indicated the involvement of teachers in the school and, prima facie, the involvement of the top management of the school and given the magnitude of the offence, and the ramifications thereof which includes as many as 12 lakh students forced to repeat the examination, no case for interference by the court is made out.

Accepting the contentions of the CBSE, Justice Shankar expressed strong disapproval of unfair means in the examinations.

"Usage of unfair means in examinations, taken on a national level, has, with the passage of time, metamorphosed into an octopus, the tentacles of which spread far outside the examination hall and, indeed, the cloistered world of academia. It now partakes of the character of organized crime. The Vyapam wounds are still raw and festering, and do not promise to heal at any foreseeable distance of time," said Justice Shankar.

"In a time and age when results in examinations have literally become an issue of life and death, an attitude of zero tolerance, in cases where usage of unfair means is suspected, is the pressing need of the hour.

"Allowing the usage of unfair means is not a malaise that affects the students alone; it is an affront to the collective social conscience, executed with impunity, and a reckless disregard for every consideration of ethics and morality," it said.

Liability, in such cases, has necessarily to be absolute

During the hearing, the school argued that the two teachers—Rishabh and Rohit—accused of sharing the photographs of the question paper with the third accused tutor Mohd Tauqeer, were not involved with invigilation and therefore could not access the papers.

The court, however, noted the DCP report wherein the accused Rohit and Rishabh had revealed that they were having access to the examination hall of the school and on the date of examination, they cleverly used to take photographs of the question paper through their mobile, prior to start of the examination and send it to Md Tauqueer.

The CBSE also argued that the action had rightly been taken against the school for disaffiliation as the two teachers, though not on duty that day, were able to gain access to the question papers due to negligence and laxity of the school administration.

The high court then said that the "Liability, in such cases, has necessarily to be absolute, transcending even the Rylands v. Fletcher boundaries of strict liability".

In Ryland v. Fletcher, it was held that a person who for his own purposes brings on his land and collects and keeps there anything likely to do mischief if it escapes, must keep it in at his peril, and, if he does not do so, is answerable for all damage which is the natural consequence of its escape.

In the instant case also, the question papers were in custody of the school before its sealed packet was opened for distribution among the students.

Justice Shankar then said, "The purity of the educational system has, at all costs, to be maintained and nurtured. In a case such as the present, where there was prima facie material, though contained in the investigation report of the DCP, indicating complicity of Rishabh and Rohit, admittedly teachers working in the petitioner-School, in the leakage of the Economics question paper, and there exists a live possibility of the paper having been leaked after it had reached the petitioner-School, it is not possible for this court to characterise the decision of the CBSE, to invoke Clause 17(2)(a)(xi), and take emergent measures, thereunder, to disaffiliate the School, as arbitrary, perverse, or irrational, so as to warrant interference, by this Court, in exercise of its high prerogative jurisdiction, vested by Article 226 of the Constitution of India."

"…the possibility of the examination paper having been leaked, from within the premises of the petitioner-school, cannot be irrevocably foreclosed. The said possibility is, by itself, sufficient, in my view, to justify the impugned action, taken by the CBSE. Minor discrepancies, here and there, cannot convince this Court, in exercise of its writ jurisdiction in the present case, to arrive at any conclusion, even tentative, that the school is innocent in the entire episode," said the judge as the school argued over the certificate issued by the CBSE to it certifying smooth conduct of the examination.

It is to be noted that the principal of the school was granted anticipatory bail by a Delhi court last year and the two teachers were granted regular bail.