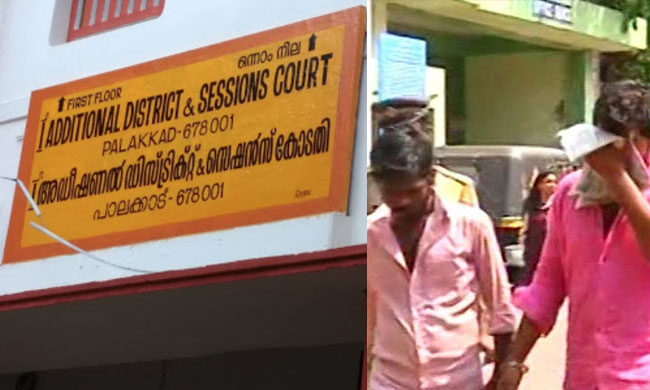 x
The appeal blames the prosecution and police for lack of co-ordination.

The High Court of Kerala on Thursday admitted the appeals filed by the Government of Kerala against the acquittals in the rape-death cases of two sisters in Walayar in 2017.A Division Bench comprising Justices A Hariprasad and N Anilkumar issued notices to Pradeep Kumar, Kutty Madhu, Valiya Madhu and Shibu in the six appeals filed by the Government against the judgments of Additional...

The High Court of Kerala on Thursday admitted the appeals filed by the Government of Kerala against the acquittals in the rape-death cases of two sisters in Walayar in 2017.

A Division Bench comprising Justices A Hariprasad and N Anilkumar issued notices to Pradeep Kumar, Kutty Madhu, Valiya Madhu and Shibu in the six appeals filed by the Government against the judgments of Additional Sessions Court, Palakkad.

The case involves the unnatural death of two sisters aged 13 years and 9 years in their one room house on January 13, 2017  and March 4, 2017 respectively in Walayar district in Kerala.

As per the police case, the girls committed suicide out of intolerable pain and agony caused by the multiple instances of unnatural sex committed on them by the accused persons.

The trial court did not accept the prosecution case and held that there was no evidence to conclude that the accused persons had sexually exploited the minor girls. The acquittals causes massive outrage in Kerala civil society.

Terming the trial court's judgment "absolutely perverse and unsustainable", the Government in appeal has contended that the court erred in disbelieving the eyewitness accounts of the parents of the victims regarding the accused committing unnatural sex on the girls.

"The lower court seriously erred in disbelieving the eyewitness accounts of the parents of the victims and even disbelieved the testimony of the girls' mother.", the appeal stated.

"The trial court ignored the fact that the unfortunate parents of the victims were mere rustic witnesses belonging to the scheduled caste community and their testimonies should have been tested on the touch stone of their illiteracy".

The appeal has also mentioned that the "prosecution could establish the guilt of the accused beyond reasonable doubt by clinching evidence of prosecution witnesses, including the parents of the girl." The trial court also did not take into account Section 29 of the POCSO Act, which calls upon the court to draw a presumption of guilt against accused in child sex abuse cases.

No co-ordination between Prosecution and Police

The appeal highlights lapses on the part of prosecution and police in the cases.

Though the statements of the witnesses were recorded by the Magistrate under Section 164 of the Code of Criminal Procedure, they were not used by the Special Prosecutor to contradict those witnesses who turned hostile.

Also, the police did not conduct proper investigation after the death of elder sister.

"If the investigating officers were vigilant, the culprits could have been booked then and there in that case, the causality of the death of the younger girl could have been avoided", the appeal said.

Though the forensic surgeon who conducted the post mortem opined that possibility of homicide has to be ruled out, the police did not take any steps in that regard.

"It appears that the investigating agency committed serious latches which ultimately ended in the failure of prosecution", said the appeal.

"The conduct of the Special Prosecutor in conducting the case before the trial court is totally blameworthy".

"Several material witnesses were given up by the Special Prosecutor and material documents produced before the Court were not marked and proved through the witness examined for prosecution."

The appeal also criticized the Sessions Court for playing a passive role in the trial.

"The learned Sessions Judge ought to have noticed the lapses of the Special Prosecutor during the trial instead of acting as a mere spectator and has to elicit facts from the witnesses".

Anyhow, latches on the part of investigating agency or prosecution cannot be the sole ground for acquitting the accused in a criminal case having serious offences.

The appeal urged the High Court to invoke its inherent powers to correct miscarriage of justice by ordering a further investigation in the case.

The parents of the girls have filed separate appeals in the case.

Click here to read all reports relating to judgments in Walayar case.