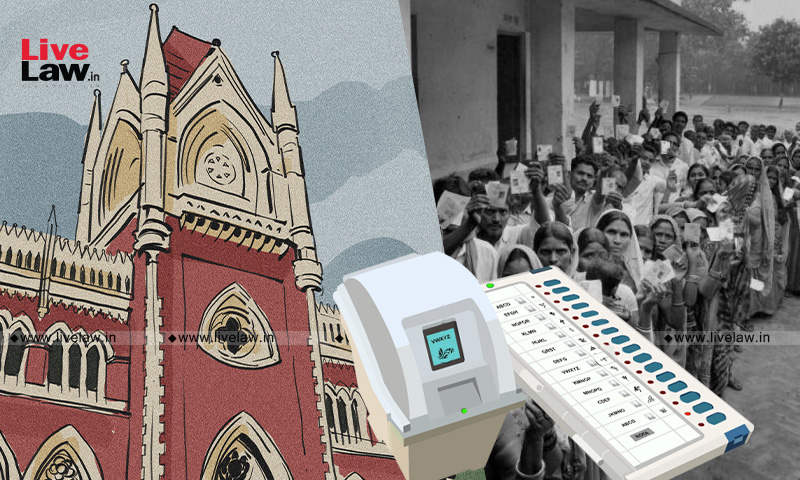 The Calcutta High Court on Wednesday directed the State Election Commission (SEC) to hold a joint meeting with the officials of the West Bengal government within 24 hours and decide as to whether deployment of central paramilitary forces will be required for the peaceful conduct of the upcoming elections to the remaining 108 municipalities which is scheduled to take place on February...

The Calcutta High Court on Wednesday directed the State Election Commission (SEC) to hold a joint meeting with the officials of the West Bengal government within 24 hours and decide as to whether deployment of central paramilitary forces will be required for the peaceful conduct of the upcoming elections to the remaining 108 municipalities which is scheduled to take place on February 27.

The Court underscored that in the event it is decided that central forces will not be deployed then the State Election Commissioner would be held personally liable to ensure that no violence takes place and there is peaceful conduct of elections.

The plea moved by Bhartiya Janata Party (BJP) alleged that large scale violence and rigging of votes took place during the recently conducted municipal elections in West Bengal and accordingly sought for deployment of central forces for the upcoming elections to the remaining 108 municipalities.

The Court had reserved judgment in the matter on Monday.

A Bench comprising Chief Justice Prakash Shrivastava and Justice Rajarshi Bharadwaj on Wednesday directed the State Election Commission to hold a joint meeting with the Home Secretary of the State, Inspector General of Police and other officials within 24 hours and decide as to whether deployment of central paramilitary forces will be required for the peaceful conduct of the upcoming elections to the 108 municipalities.

"We direct that the Commissioner, State Election Commission will collect information in respect of the conditions prevailing in each of the Municipalities where the elections are scheduled and will hold the joint meeting with the Home Secretary of the State and the Director General and Inspector General of the Police within 24 hours and will examine the ground situation of each of the 108 Municipalities and take a decision in writing in respect of deployment of paramilitary forces by mentioning the relevant circumstances in support of his decision to deploy/not to deploy the paramilitary forces", the Court directed.

Opining that the State Election Commissioner will be personally liable if violence takes place, the Court further ruled,

The Court also dismissed the reliance placed by the petitioner on the Supreme Court judgment in All India Trinamool Congress v. State of Tripura wherein the Apex Court had directed for the deployment of Central Armed Police Force(CAPF) personnel for the local body elections in Tripura. The Court stated that in that particular case after considering the ground situation, a decision had already been taken to deploy the paramilitary forces and subsequently the issue was only to provide additional companies of CRPF.

However, in the instant case, the Election Commission is yet to take the decision to deploy the paramilitary forces after assessing the ground situation, the Court highlighted further.

Names of aggrieved BJP candidates have not been disclosed

The Court noted that although it has been alleged that BJP candidates have been prevented from filing their nomination papers however neither the names of those candidates have been disclosed nor have their supporting affidavits been filed. It was further noted that the name of only candidate one Rakesh Majumdar has been disclosed with the allegation that he was not permitted to file his nomination by the concerned authority.

However, the Court observed that Majumdar had already filed a writ petition before a Single Bench of this Court which was subsequently dismissed since it involved disputed questions of facts in view of the existing constitutional bar.

It was further averred that in respect of the already concluded elections to 4 municipalities, conflicting material has been placed on record about the alleged violence. The Court further stated that  even otherwise that material cannot form the basis for issuing direction in respect of remaining 108 Municipalities, as decision for deployment of the paramilitary forces in a particular Municipality is to be taken on the basis of the ground situation existing therein.

Pertinently, the Court directed the SEC to appoint independent observers as per the provisions of the Model Code of Conduct. The Court observed that given the nature of allegations in the petition, the SEC should appoint impartial officers of the IAS cadre as observers.

Use of Mauve Paper Seals for all ballot papers

On the last date of hearing, senior advocate Paramjit Patwalia appearing for BJP had alleged that the SEC vide order dated February 11, 2022 has decided to use Mauve Paper Seals for only 138 ballot units for the Contai municipality. Accordingly, the senior counsel had contended that this increases the chances of rigging of votes. Addressing this concern, the Bench on Wednesday ordered the SEC  to ensure that Mauve Paper Seals are used in all the ballot units during elections of the Contai municipality.

Continuing government schemes do not violate Model Code of Conduct

The BJP had contended that the SEC had permitted the implementation of various State government schemes such as "Duare Sarkar" (government at doorsteps) and "Paray Samadhan" (resolve issues at locality) in the municipalities wherein elections are ongoing in violation of the Model Code of Conduct. It had also been alleged that Chief Minister Mamata Banerjee had conducted an event to distribute titles to freehold land among nearly 2000 refugee families living across the state thereby violating the Model Code of Conduct.

The  Court observed that announcement or promise or commencement of any new scheme or project is not permissible but continuation of scheme is not affected as per the provisions of the Model Code of Conduct. The Court also referred to a communication of the District Municipal Election Officer dated February 3, 2022 seeking clarification about implementation of above two schemes in areas where the elections are to be held.

"we direct the State Election Commission to examine if the schemes have been allowed to operate violating the Model Code of Conduct and not to permit their implantation till the elections are over if they violate the Code of Conduct. Same is the position in respect of the distribution of title deeds. Though it has been stated before us that title deeds were registered prior to declaration of the elections but their distribution during the elections may influence the voters, therefore, the Election Commission is also required to examine it and take a decision. Let this exercise be completed within 24 hours."

Preservation of CCTV footage and other relevant records

The Court also reiterated that its earlier directions in respect of preservation of CCTV footage of all polling stations and also the diaries of the presiding officer and register containing the thumb impression/signature of voters of all the polling booths in a sealed cover. The Court had previously issued similar directions in respect of the Kolkata Municipal polls which took place on December 19.

The Court noted that the prayer seeking cancellation of elections held on February 12 in Municipal Corporations Bidhannagar, Asansol, Siliguri and Chandernagore cannot be pressed at this stage. However, liberty was granted to file a  separate application in this regard if so desired.

In the plea filed by BJP, a host of directions were prayed for with respect to the elections of the remaining 108 municipalities- deployment of central forces, effective CCTV surveillance, establishment of an independent and impartial Observer, verification of photo identity cards before entry into polling booths, making the State Election Commissioner personally responsible if violence takes place. Additionally, the plea also sought cancellation of the elections that took place on February 12.