Weapon's Recovery From Hiding Place Which Is In Exclusive Knowledge Of Accused Makes Such Recovery Absolutely Reliable: Allahabad HC 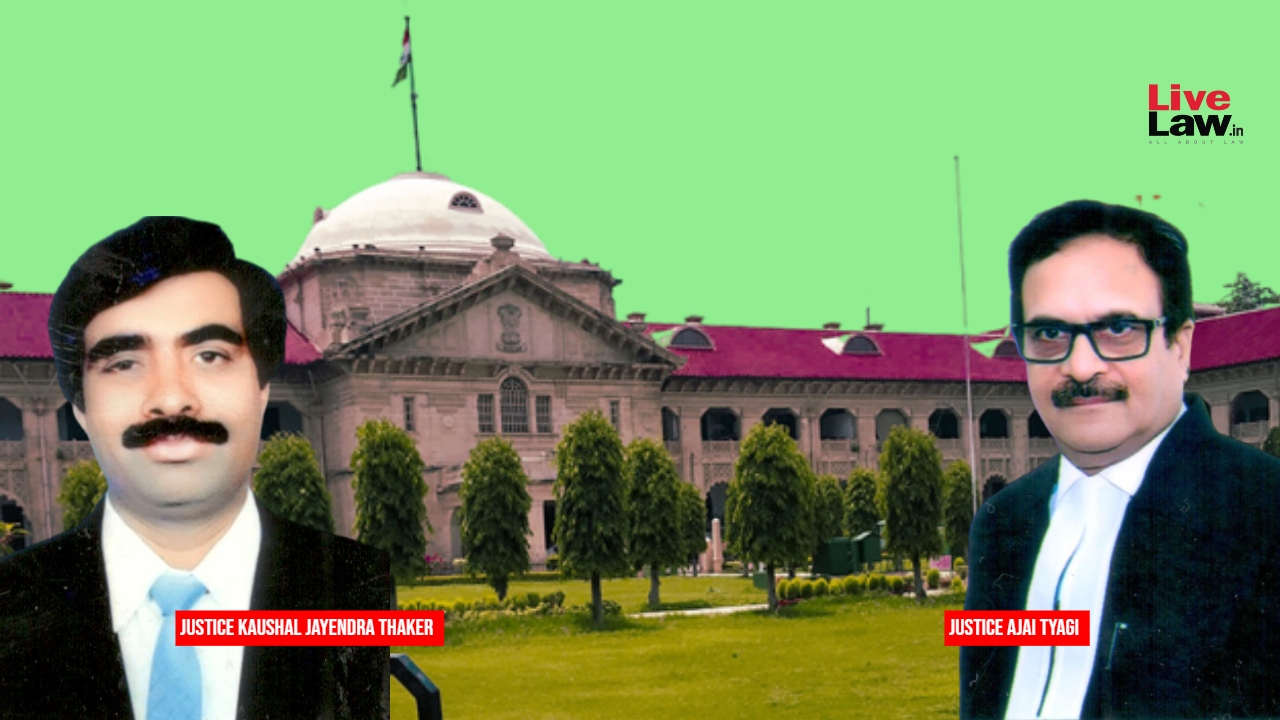 The bench of Justice Dr. Kaushal Jayendra Thaker and Justice Ajai Tyagi observed this while upholding the conviction of a murder accused (Anurag Sharma) who killed his own father and was sentenced to life imprisonment by Additional Sessions Judge, Meerut in 2018.

In this case, the accused was convicted for murdering his own father, and later on, the murder weapon (hammer) was recovered at his instance. In view of this, the Court reasoned that the place of hiding of the weapon was in the exclusive knowledge of the accused and when the weapon was indeed recovered from that place, therefore, the Court held that such recovery was absolutely reliable.

The complainant Shail Kumari Sharma filed an FIR alleging that she had left her husband Prem Kishan Sharma (deceased) aged about 70 years and her son Anurag Sharma (accused) at home.

When she returned to her house, she saw there that her husband was lying in the dead condition in the corridor of the first floor of the house, and her son Anurag (accused), who was drug addict and used to demand money for it from his father, was absent from the house.

The accused appellant was arrested on the same day of the occurrence and I.O. Recovered the hammer on the pointing out of the accused from inside the box, which was in the room, adjacent to the kitchen of the house. The hammer was having blood on it, which was used for the commission of the crime.

After completion of the investigation, a charge sheet was submitted against accused-appellant Anurag Sharma. He was examined under Section 313 of Cr.P.C. by putting evidence against him wherein he denied the evidence against him and stated that his father was murdered in order to rob his house or commit dacoity.

He further submitted that the police had falsely implicated him to suppress the said heinous offence. It was also stated by the accused that he was handicapped to the tune of 60%, but he was never a drug addict. He was under depression due to disability, hence the doctors used to administer him sleeping medicine.

The Court took into account the fact that even though the complainant (PW1/mother of the accused) turned hostile, but in her examination-in-chief, she had corroborated the version of FIR. The Court also noted that she had admitted in her cross-examination that when she returned home, the accused was not at home and he came later on.

In view of this, the Court noted that after committing the offence, the accused had fled away, and therefore, the Court concluded that the version of FIR cannot be doubted even though the author has turned hostile.

Now, taking into account her testimony, the Court noted that the mother of the deceased/complainant had confirmed the version of the FIR that she had left the deceased and accused at home and no one else was present there.

The Court observed that the accused had stated in his statement under Section 313 Cr.P.C., wherein he had taken a stand that his father was murdered during the robbery or dacoity in his house, however, the Court noted that no iota of evidence was placed on record by him to prove that on the day of the incident any robbery and dacoity had taken place in the house.

Hence, the Court concluded that the appellant had failed to discharge his burden.

Now, regarding the recovery of the hammer used for the commission of the crime, the Court noted that the same was made on the pointing out of the accused-appellant from a very specific and such place which was only in his knowledge.

Stressing that the place of hiding the hammer was only, only, and only within the knowledge of the accused and that it was not known to any other person, the Court observed thus:

"If the place of hiding the weapon is exclusively within the knowledge of accused and that place cannot be or is not in the knowledge of any other person and the weapon is recovered from the same place, such type of recovery is absolutely reliable and it cannot be doubted or it cannot be presumed that weapon is planted. In this case at hand, the hammer was recovered by IO after getting the knowledge from the appellant and at the time of the recovery IO took the appellant with him and the appellant entrusted the hammer to the IO after taking out it from the box himself. The Investigating Officer (PW6) has also proved the factum of recovery in his testimony before the learned trial court."

Further, the Court also noted that the hammer was blood-stained and when the same was sent to FSL for chemical examination, the report of the laboratory came against the appellant because as per the aforesaid report, the blood was found on the hammer.

Now, regarding the stand taken by the accused-appellant that he was disabled to the tune of 60% and His disability is in one hand and one leg, the Court referred to the finding of the trial court, wherein it was concluded that the accused was in a position to use the hammer so forcibly that the antemortem injuries mentioned in postmortem report could be inflicted.

Consequently, keeping in view the fact that the appellant had motive to commit the crime. PW1 and PW3 even after turning hostile has supported the prosecution version. Accused-appellant has failed to discharge his burden of proof under Section 106 of the Indian Evidence Act, the Court upheld his conviction and dismissed the appeal.