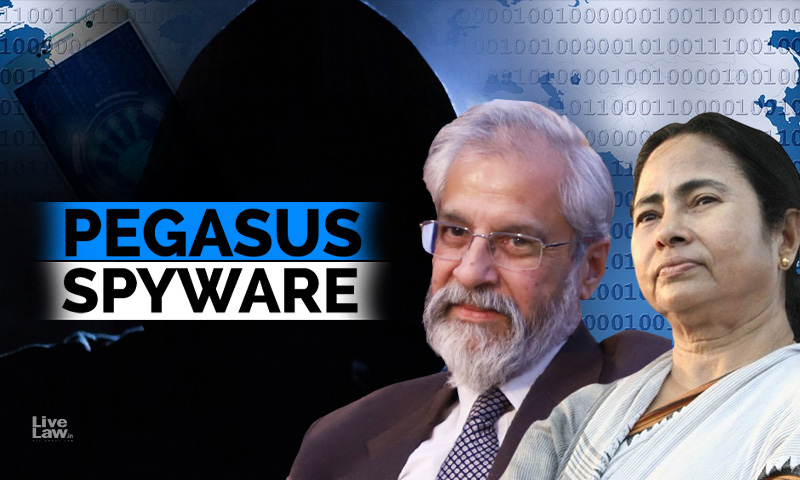 West Bengal Chief Minister Mamata Banerjee on Monday constituted an Inquiry Commission headed by former Supreme Court judge Justice Madan B. Lokur and former Chief Justice of the Calcutta High Court Justice Jyotirmay Bhattacharya to investigate into the allegations pertaining to the Pegasus spyware scandal. A notification to this effect was issued on Monday by B.P...

The development comes days after it was revealed that the Chief Minister's nephew and TMC MP Abhishek Banerjee was allegedly snooped on by the Pegasus spyware during the time of the West Bengal Assembly elections 2021.

News portal The Wire along with 16 other media organisations had recently uncovered a 'snoop list' that showed that activists, politicians, journalists, judges and several others were the potential targets of cyber-surveillance conducted through the Israeli firm NSO Group's Pegasus software. Over the past few days, The Wire has published several reports that suggest that the Pegasus spyware has been used illegally to keep tabs on dissidents and journalists.

" Through Pegasus, everyone including the judiciary and civic society have been under surveillance. We expected the Centre under the supervision of the Supreme Court to initiate an investigation into the allegations, but they did not. West Bengal is the first State to initiate a commission of inquiry", the Chief Minister pronounced on Monday during a press conference.

The notification also expressed concerns regarding the alleged interference with the rights of journalists to discuss and report sensitive information and exercise their freedom of speech and expression. It was also opined that the alleged interception if found to be true would cause a complete demoralisation of the police force and other security services in West Bengal.

In order to prevent widespread ramifications on public order and the police (Entry 1 and 2, State List) as well as the local government (Entry 5, State List) the notification emphasised on the need to constitute an independent Inquiry Commission to examine the allegations. Accordingly, pursuant to the powers conferred under Section 3 of the Commissions of Inquiry Act, 1952 the aforementioned Inquiry Commission was constituted by the government.

Terming the matter as a 'definite matter of public importance' the notification further enumerated the urgent need to maintain a high standard of moral conduct, purity and integrity in the State administration.

Some of the functions of the constituted Inquiry Commission shall be as follows,