Whatsapp Traceability : IFF Opposes Suggestions Made By IIT Professor For Tracing The Originator Of Messages 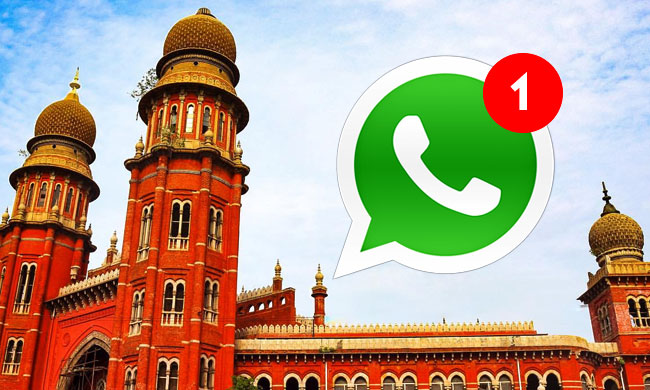 Expression concerns over the suggestions made by IIT Professor Dr Kamakoti before the Madras High Court for tracing the originators of Whatsapp messages, Internet Freedom Federation has filed an affidavit in the Court.On July 24, the Court had sought for the expert opinion of Dr Kamakoti, Professor of IIT Madras, regarding means to trace the originator of Whatsapp messages. He suggested two...

Expression concerns over the suggestions made by IIT Professor Dr Kamakoti before the Madras High Court for tracing the originators of Whatsapp messages, Internet Freedom Federation has filed an affidavit in the Court.

On July 24, the Court had sought for the expert opinion of Dr Kamakoti, Professor of IIT Madras, regarding means to trace the originator of Whatsapp messages. He suggested two ways :-

In response to this, the IFF submitted the expert views of Dr Manoj Prabhakaran of IIT Mumbai, who said that Dr Kamakoti's suggestions were vulnerable to falsification. Tweaking the encryption system through backdoor will undermine the security and privacy of all Whatsapp users, cautioned Dr Prabhakaran, who is specialized in cryptography.

Based on the suggestions of the expert, the IFF asserted that accepting Dr. Kamakoti's will have grave impact on fundamental right to privacy, particularly for "whistleblowers, activists, journalists, abuse survivors and other individuals belonging to marginalized groups who are at highest risk of violence and harassment if their identity was disclosed".

The IFF has urged the Court to refrain from venturing into highly complex and technical decisions regarding change of the design of an encrypted platform like Whatsapp. Such measures should be taken only after a deliberative policy formation process involving experts and stake holders. There are less restrictive measures available to check the menace of fake news such as programs for fact checking and spreading awareness, stated the IFF

The development happened in the two PILs being heard by a division bench comprising Justices S Manikumar and Subramonium Prasad of Madras High Court.

The petitions are filed by Antony Clement Rubin and Janani Krishnamurthy seeking a declaration that Aadhaar or any other government authorized identity proof should be used to authenticate social media accounts. This will curb the menace created by fake and anonymous profiles, according to the petitioners.

During the course of proceedings, the division bench expanded the scope of the case to consider how better coordination can be ensured between police and internet intermediaries to prevent cyber crimes.

On April 25, the bench had directed the Tamil Nadu Government to arrange an interactive session between law enforcement agencies and social media intermediaries to discuss means to detect online crimes and control cyber abuse and misinformation.

Last Tuesday, the Court said that it was no longer considering the issue of Aadhaar- social media linking and was instead focusing on tackling cyber crimes by curbing fake and anonymous messages.

Facebook has approached the Supreme Court seeking transfer of the case form High Court to the apex court.

On August 19, the Supreme Court issued notice in the transfer petition. Though the SC did not stay the HC proceedings, it was asked not to pass final orders in the case.

Taking note of these developments, the division bench adjourned the hearing until September 19.