Whether Governor Has Discretion Not To Nominate Members To Legislative Council Based On Advice Of Council Of Ministers? Bombay High Court To Decide 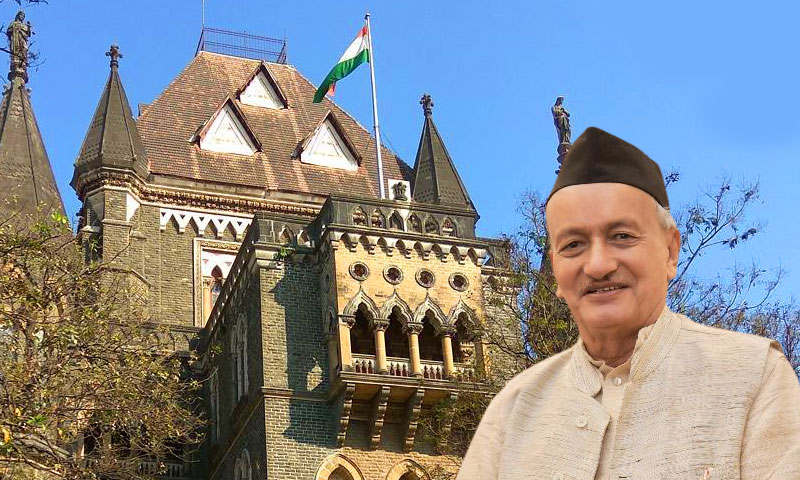 The Bombay High Court on Friday asked the petitioners to implead the Union of India as a party in a PIL challenging the inaction of the Governor, Bhagat Singh Koshyari, to nominate members to Maharashtra's Legislative Council (MLC), despite the 12 names submitted by the Council of Ministerson November 6, 2020. A division bench of Chief Justice Dipankar Datta and Justice GS Kulkarni...

The Bombay High Court on Friday asked the petitioners to implead the Union of India as a party in a PIL challenging the inaction of the Governor, Bhagat Singh Koshyari, to nominate members to Maharashtra's Legislative Council (MLC), despite the 12 names submitted by the Council of Ministerson November 6, 2020.

A division bench of Chief Justice Dipankar Datta and Justice GS Kulkarni said that since an important constitutional issue is involved, they would like to be addressed by the Central Government on Monday, July 19, 2021.

The central issue before the court is if the Governor has any discretion not to nominate members to the LC as recommended by the CoM.

Article 171 Composition of the Legislative Councils –

Clause (3)(e) and clause 5 of 171 deal with the Governor's duty to appoint experts with special knowledge or practical experience to the Legislative Council.

The Supreme Court on Friday dismissed a plea seeking a direction to the Governor of Maharashtra to frame criteria for the purpose of nomination to the Legislative Council of the State, in terms of Article 171 of the Constitution. The High Court continued hearing the petition on Friday, after it was satisfied that the prayers were different in the two PILs.

The plea alleges that the Governor, in breach of his constitutional obligation, failed to act on the recommendation of the Council of Ministers sent in November 2020, and is yet to take a decision on the nominations despite 8 months having passed.

The petition notes that, "Article 171(5) establishes that the object and purpose of such members to be nominated by the Governor to the LC was that the Council would have the benefit of nominees having special knowledge or practical experience in the fields of literature, science, art, and social service."

On Friday the court heard arguments by Senior Advocate Aspi Chinoy, assisted by Advocate Gaurav Srivastav for the petitioner Ratan Soli Luth, and Senior Advocate Rafique Dada for the State of Maharashtra.

The court repeatedly questioned Chinoy if the Governor had no discretion, even if the names recommended by the Cabinet were members who were not experts.

"If it is blatantly contrary to the constitutional mandate and there can be no two opinions about that, then the Governor won't have a choice?..Show us one judgement where the court said the Governor's inaction is the subject matter of judicial review, and the matter was decided," Chief Justice asked.

However, Chinoy said he hasn't come across a single case where the Governor has refused to act on the aid and advice of the Cabinet indefinitely.

Dada submitted that the Governor could either accept or reject such recommendation as per Constitutional provisions, but there cannot be a 'third illusionary and non-existent option.'

He submitted that Article 171 mandates the full Constitution of the Legislative Council, however, 12 posts for the LCs are vacant since June 2020,since 13 months.

"I am sure the Honorable Governor is seized of the matter. But to keep these posts vacant for 13 months cannot be characterized as constitutional. Is there anything in this case that the normal rule ought not to be followed? Is complete inaction open to the Governor?," he asked.

He added that while it was the State's submission that the Governor must act on the aid and advice of the Council of Ministers, the real question before the court is, Can the Governor keep the matter in abeyance indefinitely?

"That's where the judicial discretion is required." Matter will now be heard on Monday.