Why Machines, Protective Gears Not Being Used For Cleaning Of Drains Across State?: Allahabad High Court Asks UP Govt 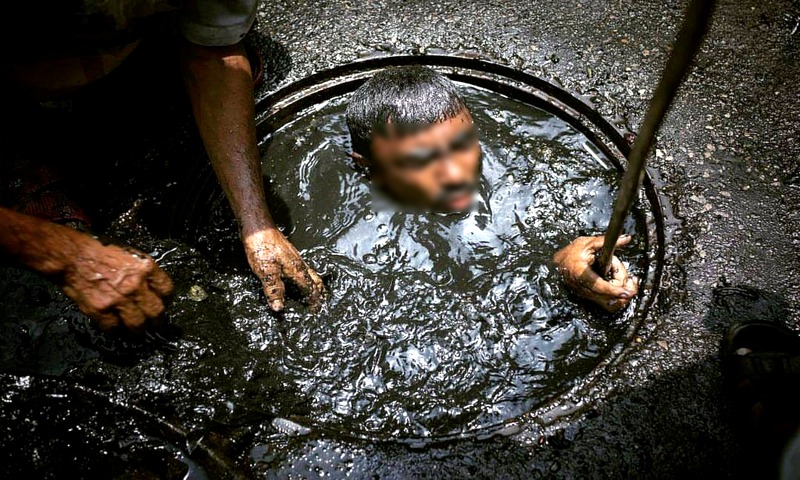 The Allahabad High Court on Tuesday asked the Uttar Pradesh Government as to why the machines and protective gears are not being used for cleaning of the drains across the state.

Essentially, the Bench of Chief Justice Rajesh Bindal and Justice J. J. Munir was dealing with a suo moto PIL plea wherein the Court had taken note of a news item, which was published in the newspapers on May 24, 2022.

In the news reports it was shown that without any protective gears, open drains were being cleaned up by the persons deployed either by the Nagar Nigam or through contractors. Earlier on May 26, the Court had issued notices to different Authorities in the State.

Now, on May 31, the Additional Advocate General appearing for the state government, submitted before the Court that a roadmap shall be prepared for taking care of the situation so that the entire process of cleaning of drains is complete before the onset of monsoon, taking all protections.

Further, when the Nagar Nigam, represented by senior advocate Anoop Trivedi and assisted by advocate Vibhu Rai, placed certain related photographs along with the instructions received from the Nagar Nigam before the Court, the Court lamented that the kind of situation, as is evident from the photographs, cannot be expected in the 21st century.

He Further sought time to have further instructions to apprise the Court as to what steps shall be taken in this grave situation, so that the lives of the persons, who are involved in the process of cleaning drains, are not put at risk.

Therefore, granting him time till 2 pm, the Court issued the following order:

"He is also to explain as to why the machines are not being used for cleaning of the drains wherever possible, as from a number of photographs, it is evident that the open drains are located near main roads or open spaces, where machines can easily be used. In some of the photographs, the workers are in about chest-deep water, loaded with filth in a drain, without using any protective gear."

Now, at 2 pm, the Nagar Nigam made a categorical submisison that things would be improved and the person cleaning the drains shall be given protective gears and the majority of the cleaning work shall be done through machines.

Though the order of the Court issued at 2 pm has not been uploaded but the Amicus Curiae Advocate Kunal Shah told Live Law that the Court has posted the matter for further hearing for 6th June and that, the Court has clarified that the order of the court and submissions made by the State Government shall have statewide implications and not just for Prayagraj.

Case title - In Re Ensuring the Security of Life and Safety of Health of the workmen and employees engaged v. The Chief Secretary, Government of U.P. Lucknow and others