'Why No Appeal Filed Against Acquittals In Samjauta Blasts Case?', Asks Singhvi In Rajya Sabha 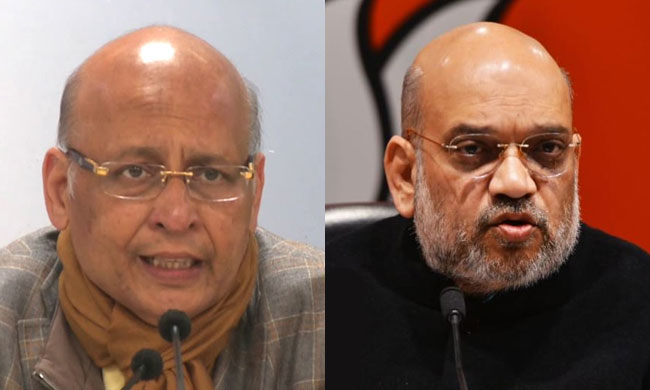 In Rajya Sabha on Wedensday, Senior Advocate Dr Abhishek Manu Singvi raised the issue of Centre not filing appeal against the acquittal of all accused by a Special NIA Court in the Samjauta blasts case.

This was during a debate on the National Investigation Agency (Amendment) Bill 2019 in the upper house.

Singhvi said that NIA had a bad record of convictions in high profile cases such as Samjuata , Mecca Masjid and Malegaon.

The Congress MP representing West Bengal in the Rajya Sabha quoted the observations of Special Judge of NIA Court in the March 20 judgment that there" are gaping holes in the prosecution evidence and an act of terrorism has remained unsolved".

"I have to conclude this judgment with deep pain and anguish as a dastardly act of violence remained unpunished for want of credible and admissible evidence", observed Jagdeep Singh, Special Judge of NIA Court Panchkula, while acquitting all accused in the case relating to bomb blasts in Samjauta Express in 2007 which led to the killing of 68 people.

Former Rashtriya Swayamsevak Sangh (RSS) member Naba Kumar Sarkar alias Aseemanand was a prime accused in the case along with other suspects — Lokesh Sharma, Kamal Chauhan and Rajender Chaudhary. All were acquitted in the verdict pronounced on March 20.

Singhvi asked Union Home Minister Amit Shah why no appeal was filed against the verdict.

According to Singhvi, since NIA has such a poor record, the amendment to give it more powers is meaningless.

Singhvi criticized the provisions of the Bill which give NIA extra-territorial jurisdiction over offences against the "interests of the country", which in his opinion is too vague a phrase. The chances of abuse are therefore more, warned Singhvi.

Giving extra-territorial powers to NIA is of no practical utility, as India has not entered into treaties with any countries permitting it to exercise investigative powers abroad, added Singhvi.

The Bill seeks to give powers to NIA to investigate scheduled offences committed outside, subject to international treaties and domestic laws.

Regarding the provisions in the Bill proposing to designate Sessions Court as Special NIA Courts, Singhvi sounded skeptical. The Sessions Courts are already overburdened, and adding NIA cases to the list will be counter-productive, he said.

The Lok Sabha had cleared the Bill on July 15.