Why Rs. 10 Lakh Compensation Not Be Recovered From IOs Whose Perfunctory Investigation Allowed Brutal Murderer To Escape Clutches Of Law? Asks Madras HC 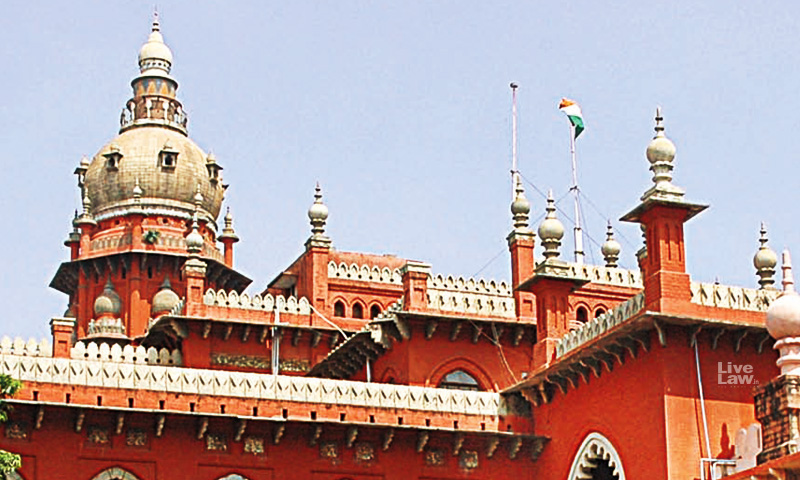 The Madras High Court has sought a report from the state government and the DGP as to Whether any disciplinary proceedings have been initiated as against the officials, who are responsible for acquittal because of their perfunctory investigation. In the light of the significant lapses on the part of the investigation, Justice B. Pugalendhi had been compelled to set aside the conviction...

The Madras High Court has sought a report from the state government and the DGP as to Whether any disciplinary proceedings have been initiated as against the officials, who are responsible for acquittal because of their perfunctory investigation.

In the light of the significant lapses on the part of the investigation, Justice B. Pugalendhi had been compelled to set aside the conviction and sentence imposed on the appellant in a murder case and to acquit him.

"The purpose of investigation is to bring out the truth of the case before the Court of law. But, in this case, obviously, it has been obliterated and the investigation has proceeded in a causal manner as to the whims and fancies of the investigation agency...The available materials in this case expose the perfunctory and designed investigation and therefore, this Court is left with no other option except to interfere with the judgment of conviction passed by the trial Court", the bench observed.

The bench lamented that From the investigation agency, the Deputy Director of Prosecution upto the Assistant Public Prosecutor, everybody have acted in a casual manner, so as to burry the truth and the real accused, who committed the brutal murder on a poor man escape from the clutches of law.

The bench demanded Why a compensation of Rs.10,00,000/- not be awarded to the victim in this case, who suffered because of the perfunctory investigation, which could be recovered from the investigation officers.

The bench said In a murder case, if the trial ends in acquittal, a practice was in existence, not very long ago, to call for an explanation from the investigation officer and disciplinary proceedings were initiated, if it was found that the investigation was perfunctory. "But, it appears, this practice is given a go by and the present day investigations are carried out by certain officers as to their whims and fancies", it despaired.

Appreciating The data available under the Crime Records Bureau for the years 2016 to 2011, the bench noted that the conviction rate in the state of Tamil Nadu is slowly declining, while the combined acquittal and discharge rate is on the rise. Therefore, it appeared that the quality of investigation is perfunctory not only in this case, but in almost 50 % of the cases. "The glaring example (of people losing faith in police investigation) is that the majority of people are now hailing the police encounters and majority of people are now opting for other modes of redresses, like Kangaroo Courts, etc", the bench expressed regret.

The bench remarked that in the present case it prima facie appears that for favouring the real culprits, the appellant / accused has been made as Aunt Sally and the investigation proceeded in that direction.

The bench commented that every day it is being witnessed that in a case of theft, though fingerprints were available, they are not taken; Even if they are taken, they are not compared with the fingerprints of the accused. In murder cases, crucial call details were not collected, through the service providers and even if collected, they were not marked before the Court. "In the present scientific age, there are several modes available to detect the real accused and to fix them, but, even then, it appears, the investigation agencies are not adopting the same, as is evident from the figures quoted supra from the Crime Records Bureau", said the court.

It observed that The investigation is not a mechanical work, which can be conducted in a causal manner. It requires an expertise, knowledge and technical skills to collect the materials, which could unearth the truth. In fact, investigation is an Art. It is a collection of information, which has to be examined, compared and collated, so that every clue must be followed up to its end, for which, it requires a great skill and patience. "The Department has to provide necessary training and techniques in conducting the investigation. Though there are Training Colleges in the State, headed by an officer in the cadre of Director General of Police, the conviction rate is falling off and it does not satisfy the judicial conscious of this Court. This conviction rate expose that the investigation agencies are not successful in getting the relief for the victims of the crime, more than 50%", noted the bench.

Accrodingly, it has required the state government and the DGP to give their response as to the following queries:

i) How the investigation officers are equipped

with the knowledge and expertise in conducting criminal investigation and how it is ensured by the superior officials?

v) The steps taken by the Government in fully implementing the decision of the Hon'ble Supreme Court in Prakash Singh's case (supra) and the Tamil Nadu Police Reforms Act, 2013, in letter and spirit, in all the police stations.

vi) The steps taken by the Government in implementing the decision of the Hon'ble Supreme Court in Kishanbhai's case (supra).

vii) The steps taken by the Government and the Department, to implement the amendments made to Sections 161, 164 and 275 Cr.P.C.?

viii) The steps taken by the Government and the Department, to implement the amendments to Sections 161, 164 and 275 Cr.P.C., pursuant to the direction of the Division Bench of this Court in Satheesh Kumar's case (supra).

ix) Whether the Circulars issued by the Director General of Police then and there are strictly complied with? In the event of non-compliance, whether any disciplinary proceedings are contemplated against them and if so, the details thereof.

x) Whether the circulars issued by the Director General of Police are readily available in all the police stations, in the form of a manual and whether they are available in the common platform, such as web-sites, so that, it can be accessed by the general public?

xii) The possibility of issuing a check list including the steps to be carried out by the investigation officers, step by step, depending upon the nature of crime and the applicability and training using advanced scientific techniques, like fixing the accused using call details and tower location, etc., and how such collected details be marked / produced before the Court.

xiv) The Secretary to Government, Home, Excise and Prohibition Department; and the Director General of Police, Chennai, shall give their comments / proposal as to the present case and the further course of action, if any, in view of the fact that ten years have lapsed since the commission of offence.