Wife Forcing Her Husband To Separate From His Parents Is 'Cruelty', Says Gauhati HC [Read Judgment] 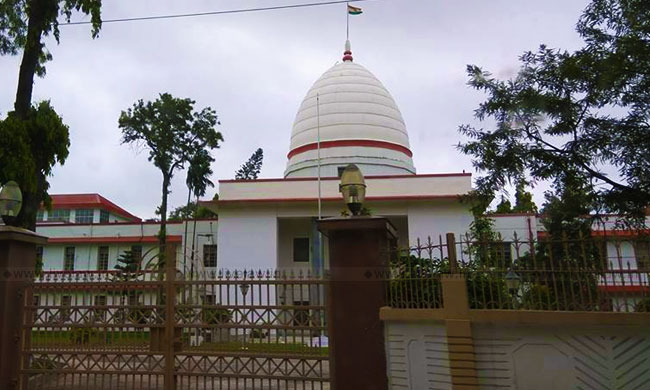 x
"Every child including a son is mandatorily required to provide for maintenance/welfare of any parent."
Your free access to Live Law has expired
To read the article, get a premium account.

The Gauhati High Court has granted divorce to a man on the ground that his wife compelled him to stay away from his step-mother.

The bench comprising of the Chief Justice Ajai Lamba and Justice Soumitra Saikia noted that, under the Maintenance and Welfare of Parents and Senior Citizens Act, 2007, children (which includes the son) shall mandatorily be required to maintain parents (includes step-mother also) and senior citizens.

While considering a Matrimonial Appeal [filed by husband whose divorce petition was dismissed by the District Court], the High Court noted that it has come in evidence that the step-mother has no personal source of income, and that she is a senior citizen. The Court also perused an agreement which was compelled to be executed at the behest of the wife prior to seeking pre-arrest bail by the husband and his family members. The condition was to live separately away from the family members of the husband and that none of the family members including the step-mother of the husband will be permitted to visit them. Taking note of these, the court said:

It is seen that the Family Court completely ignored this fact brought out during the evidence that the respondent compelled and prevented the appellant from performing his statutory duties towards his aged mother under the provisions of the 2007 Act. Such evidence is sufficient to be construed as an act of cruelty as the non-compliance/non-adherence to the provisions of the 2007 Act has criminal consequences leading to punishment or imprisonment as well as fine.

The Court also noted that the wife had filed cases under Section 498A IPC which resulted in acquittal.

"When a person undergoes a trial in which he is acquitted of the allegation of offence under Section 498-A of IPC, levelled by the wife against the husband, it cannot be accepted that no cruelty has meted on the husband."

In 2016, the Supreme Court also made similar observations while granting divorce to a husband who was forced to live separately from his parents. Normally, no husband would tolerate this and no son would like to be separated from his old parents and other family members, who are also dependent upon his income, the Court had said.