"Will Not Flee Away From The Course Of Justice": Arnab Goswami Tells Alibaug Sessions Court In His Bail Plea 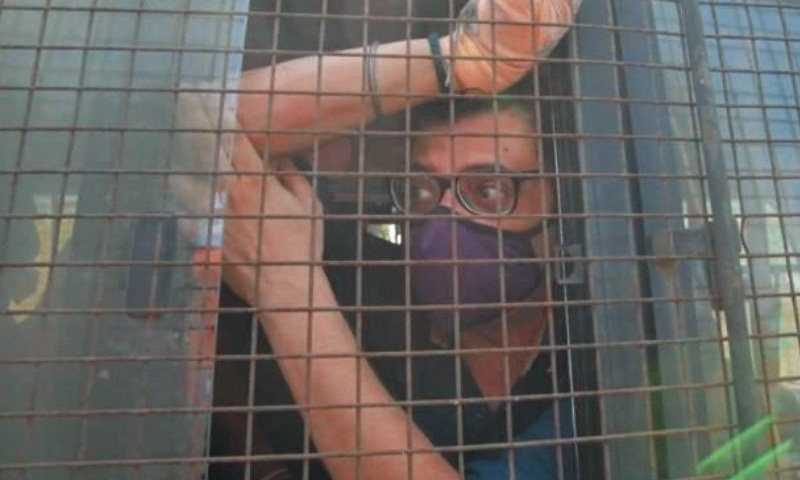 Republic TV Chief Arnab Goswami has filed an application before the Sessions Court in Raigad, seeking regular bail in connection to his arrest and remand in the 2018 abetment to suicide case. Goswami has pleaded innocence in the matter. He has stated that the matter was thoroughly investigated at the relevant time and the Raigad Police was pleased to file a detailed closure report...

Republic TV Chief Arnab Goswami has filed an application before the Sessions Court in Raigad, seeking regular bail in connection to his arrest and remand in the 2018 abetment to suicide case.

Goswami has pleaded innocence in the matter. He has stated that the matter was thoroughly investigated at the relevant time and the Raigad Police was pleased to file a detailed closure report being 'A' Summary report. The said closure report was submitted before the Chief Judicial Magistrate, Raigad At- Alibag.

He has submitted that despite closure of the matter in 2019, he was arrested by the Raigad Police on the morning of November 4, without challenging the closure order passed by the Magistrate.

It is further alleged that the Police did not stop and this and it "brutally manhandled" and "verbally and physically assaulted" him and his family members.

"On 4 November 2020, at the relevant time, it is an indisputable matter of record that more than 20 uniformed police officers led by Mr Sachin Vaze, an encounter specialist and armed with assault weapons barged into the house of the Applicant in the early morning hours and forcefully dragged Applicant out of the house. The Applicant and his family were brutally manhandled, verbally and physically assaulted by the police officers and the Petitioner was dragged by his body out of the house in front of his family and taken in custody," the bail plea states.

He has submitted that he did not have any direct relationship with the deceased, commercial or otherwise, in his personal capacity. He has stated that there was a contractual relationship that existed between his company, ARG and the deceased's company Concorde, which was strictly commercial in nature.

He has pleaded that it was never his company's intention to avoid making any payments to Concorde that were legitimately due under the Work Orders.

He has clarified that all payments legitimately due and payable to Concorde were made by ARG in terms of the Work Orders. However, due to the defects and other breaches of the Work Orders, the last three instalments were withheld till the rectification of such defects in accordance with the terms agreed to between the parties in the Work Orders.

"As it often happens in commercial contracts such as the one between ARG and Concorde, several issues arose during the execution of the works under the Work Orders. Concorde was unable to meet the dates set for completion of works on several occasions. Additionally, several defects in the works were also discovered by ARG.

A balance amount of only Rs 74,23,014 is outstanding under the Work Orders that was legitimately withheld by ARG with the intention to pay such amount upon rectification of defects and completion of works in accordance with the terms of the Work Orders."

It is contended that there is no proximity and nexus in respect of the alleged incidence of suicide and allegations made against the applicant.

"The present applicant is ready to co-operate with the investigation agency and will not tamper with the prosecution witnesses and will not flee away from the course of the justice".

The bail is application filed through Advocate Gaurav Parkar.

On Monday, a Division Bench of the Bombay High Court refused to grant him interim bail stating that no case was made out for the exercise of extraordinary jurisdiction by the High Court under Article 226 of the Constitution when the petitioners have the alternate remedy of seeking regular bail under Section 439 of CrPC.