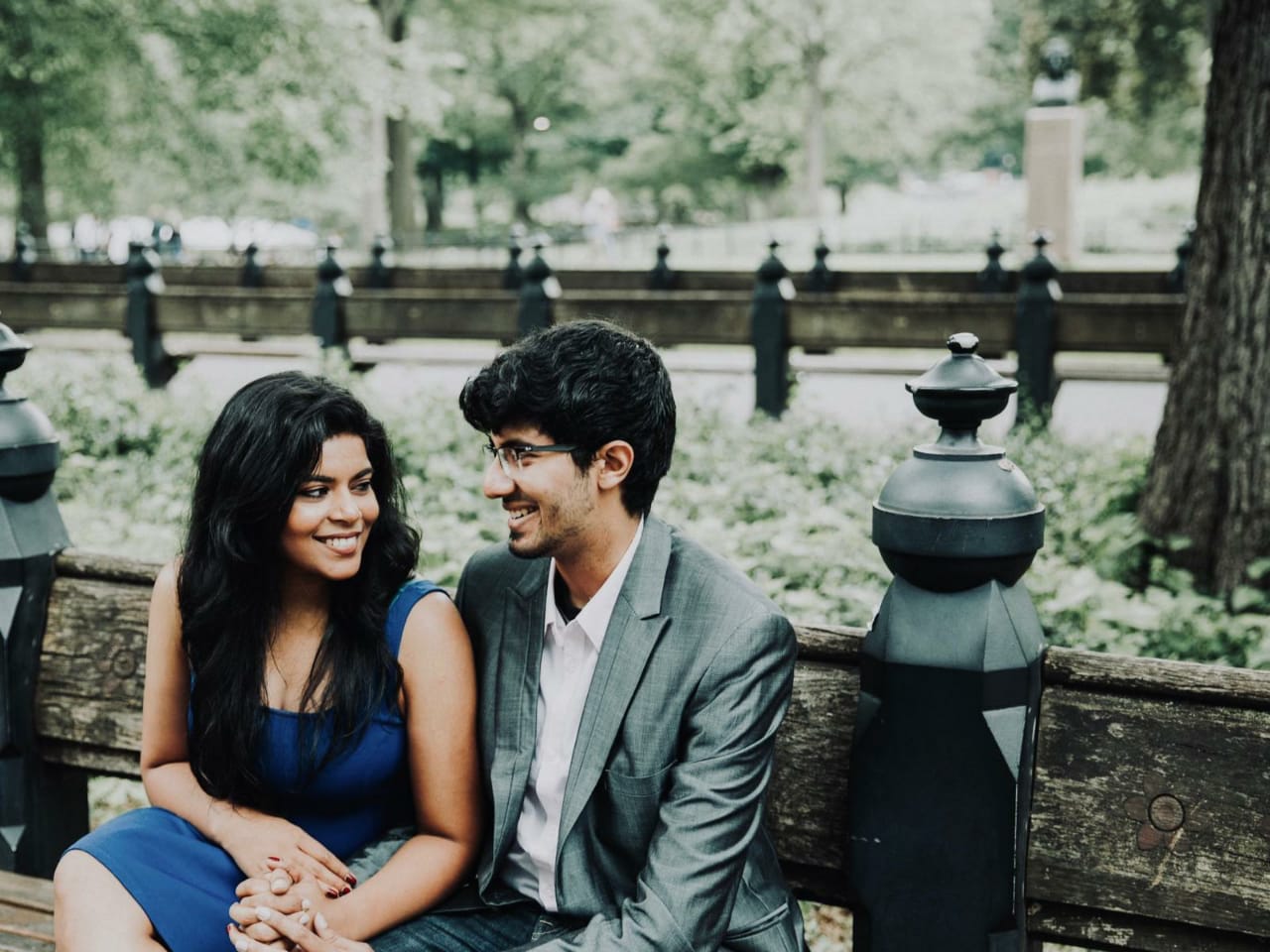 Harshavardhan Ganesan and Gayathri Mani - a Chennai based couple who will tie the knot in September- have shown a warm gesture in connection to their wedding.In their wedding invitation card, they have made an appeal to donate to two charities in lieu of bringing gifts.Increasing Diversity by Increasing Access to legal education Law (IDIA Law) and Thane Society for Prevention of Cruelty...

Harshavardhan Ganesan and Gayathri Mani - a Chennai based couple who will tie the knot in September- have shown a warm gesture in connection to their wedding.

In their wedding invitation card, they have made an appeal to donate to two charities in lieu of bringing gifts.

Increasing Diversity by Increasing Access to legal education Law (IDIA Law) and Thane Society for Prevention of Cruelty to Animals, two of their "favorite charities", find mention in the invitation cards for their wedding slated to take place on September 2. 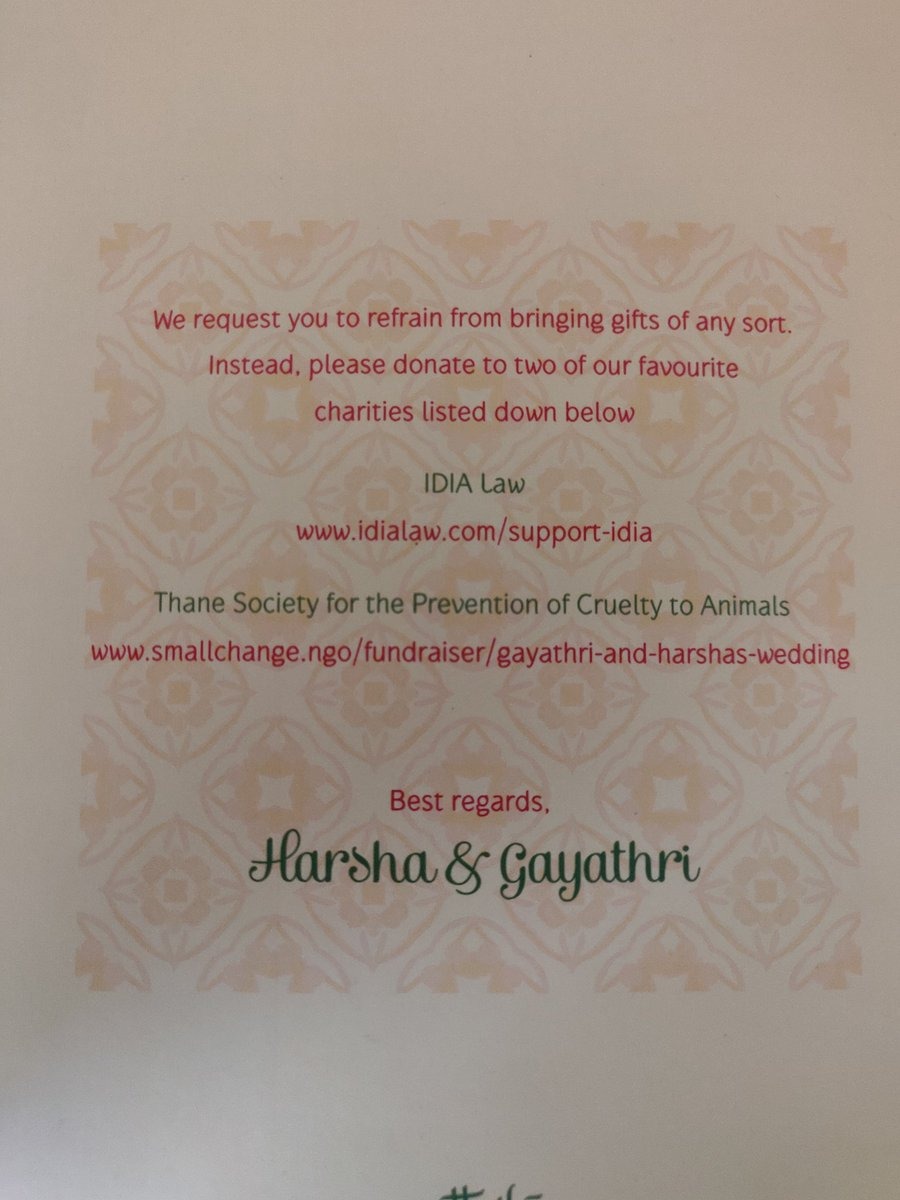 In a phone conversation with Live Law, Harshavardhan, who is practicing law in Chennai as an associate of Senior Advocate Satish Parasaran, said that both of them were highly impressed with the works of IDIA Law and Thane SPCA

Harshavardhan graduated from ILS Law College in Pune in 2015, and did Masters from UC Berkeley with specialization in intellectual property law. After a short stint at a firm in New York, he returned to Chennai to pursue litigation. His association with IDIA Law and its mentor Professor Shamnad Basheer started during his student days itself, he added.

Gayathri is a bio-technologist working in the pharma sector in New York.

The IDIA project was initiated to reach out to these marginalized and under-represented groups, sensitize them to law as a viable career option and help interested students acquire admission to these law schools.

It is premised on the notion that access to premier legal education empowers marginalized communities and helps them help themselves. IDIA trained 47 underprivileged students (from over twelve states) to appear for CLAT and other law entrance exams. Out of these students, 5 were persons with disabilities (PWD).  Nine IDIA scholars cleared the CLAT exam of this year.

Professor Shamnad Basheer, founder of IDIA, could not contain his happiness about the gesture of Harshavardhan and Gayathri. Speaking to Live Law, he said :

"As you can imagine, all of us at IDIA feel so blessed to have people going out of their way to find more creative ways of helping IDIA and our underprivileged kids. Harsha is one of the most insightful IP lawyers I've seen (he did a short stint with SpicyIP) and I wish him and Gayathri the very best. This is truly a marriage made in heaven. And with so much good Karma that they've already generated through this wonderful gesture of theirs.

I'm also personally thrilled that three of the most creative strategies for fund raising have come from two IP lawyers/judges. The first was Pravin Anand who coined very creative marks and then sold them for a fee, and donated the proceeds to IDIA. The second was Justice Prabha Sridevan who did a couple of sketches which were then auctioned at a big legal conference. And the third is this. We look forward to many more such creative cuts for fund raising. Ones that will take us closer to our goal of creating more leaders and lawyers from within underprivileged communities!"

Thane SPCA, established in 2002, runs a shelter home for sick and injured street animals. Their plot in Thane can hold a menagerie of 100 animals, with a separate quarantine ward, , cat ward, wild bird enclosure, and a monkey enclosure – all of this embellished by a beautiful little garden and a turtle pool.

In the last 15 years of the establishment of the organisation, more than 70,000 animals were rendered holistic service, and hundreds of animals were successfully re-homed.