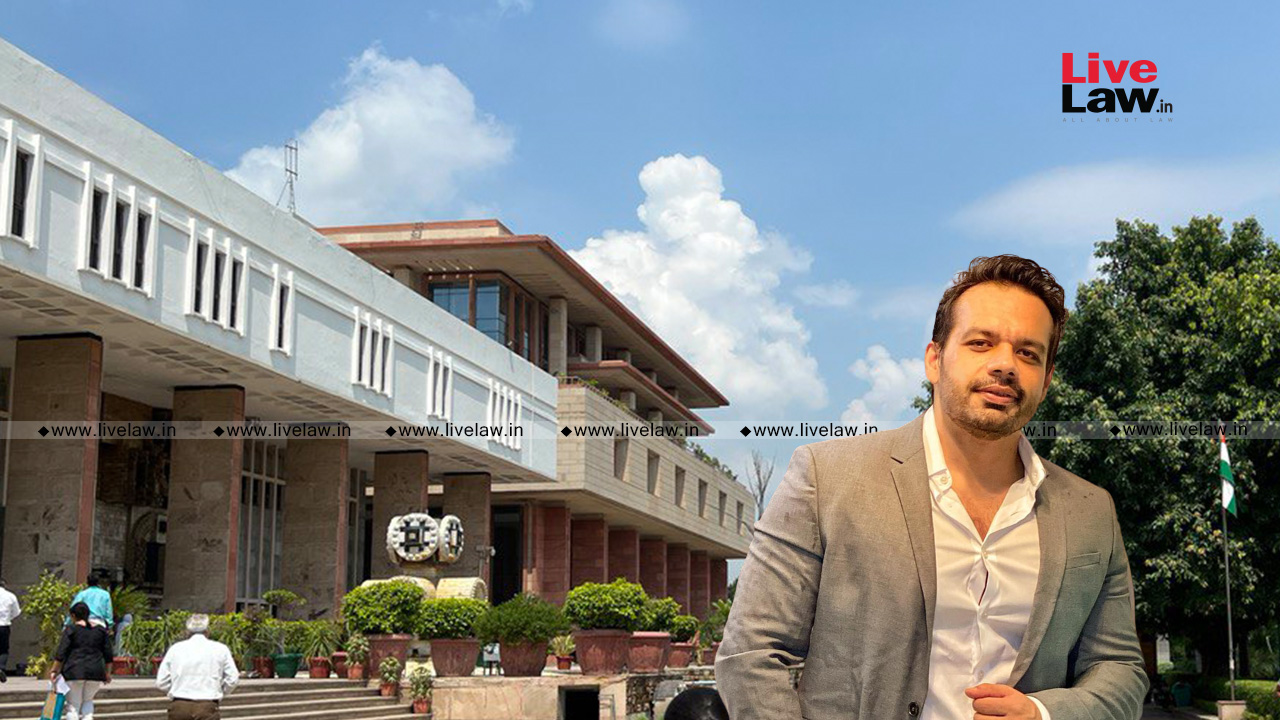 The Delhi High Court on Friday refused to pass a 'gag order' barring legal news portals from reporting on the ongoing suit filed by YouTuber Gaurav Taneja, popularly known as 'Flying Beast', against Mint Newspaper and its Columnist Shephali Bhatt over an allegedly defamatory article published against him.

Justice Amit Bansal was hearing Bhatt's application seeking to direct Taneja to remove the tweets made by him tagging her. Bhatt argued that she is receiving threats from Taneja's followers after he posted reports about the court order in Twitter tagging her.

At this point, the YouTuber's counsel Advocate Raghav Awasthi argued that since the updates of judicial proceedings are posted by legal news portals like Live Law & Bar and Bench, such portals must also be restrained from posting anything about the suit proceedings.

"I cannot pass a gag order against the media. They are not party here," Justice Bansal orally remarked.

Awasthi had contended that if he is not allowed to post tweets on the social media, then a similar direction should be passed against the legal websites as well.

However, the plea was rejected by the Court observing that no gag order can be passed against the legal websites especially when they were not a party to the suit.

The development came as the Court asked Taneja to remove the tweets made by him specifically naming and tagging Bhatt, who claimed that Taneja's followers were making abusive comments and hashtags against her.

Court also granted liberty to Taneja to repost the contents of tweets without naming or tagging Bhatt, adding that the tweets shall be closed for comments and retweets.

Awasthi appearing for Taneja undertook before the Court that he would remove all the tweets where Bhatt was named or tagged by him and also that he will not make any further post naming or tagging her.

The article in question titled "Shouldn't brands stop supporting sordid influencers?" was published after Taneja had posted a picture on Twitter wherein he was seen performing havan as per the Hindu rites. "Hinduism is a science based way of life. On 3 dec 1984, two families remained unaffected from Bhopal gas leak. They performed regular (हवन ), which is a natural antidote to pollution", Taneja had tweeted.

The tweet led to polarised debates in social media. A columnist named Abhishek Baxi quote tweeted Taneja's tweet by tagging certain brands asking them why were they associating with him.

Later, the article in Mint written by columnist Shephali Bhatt was published, which raised allegations of misogyny, child abuse etc., against Taneja after referring to certain videos posted by him, one of which showed him piercing the ears of his daughter.

On July 27, the Court had granted ad interim injunction in favour of Taneja observing that piercing the ears of a girl child cannot be termed as child abuse and that allegations of child abuse are serious allegations which cannot be made without due care and verification.

Taneja's plea for injunction was rejected by a Delhi Court in June after which he had approached the High Court, claiming that the article had caused immense damage to his reputation with the sponsors. He had submitted that defamatory material was causing professional loss to him.